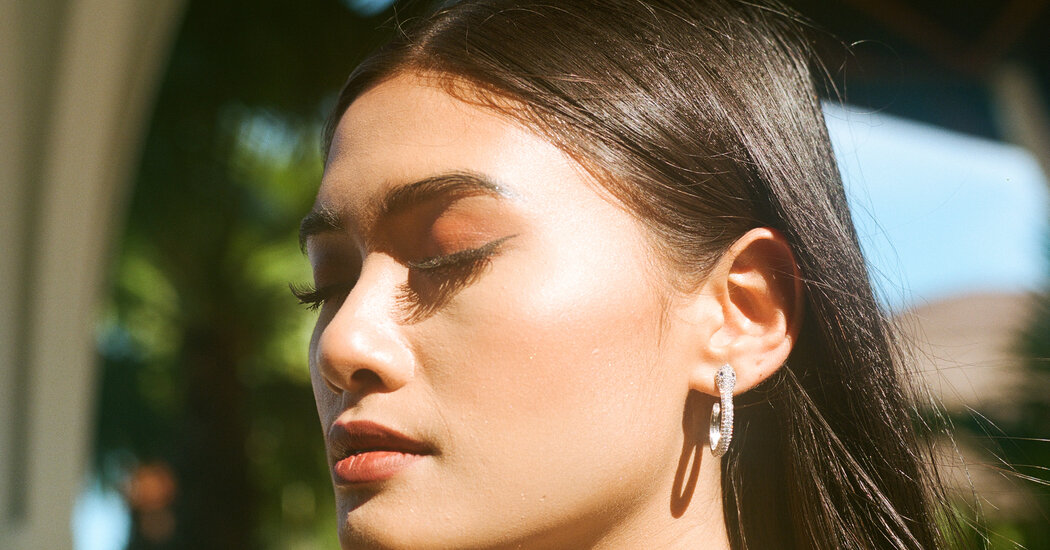 As a girl, Ma Thuzar Wint Lwin would watch the Miss Universe pageant and wish that she could be the one onstage representing her country, Myanmar. She entered her first two contests last year, nervous and excited about what to expect. But she ultimately walked away crowned Miss Universe Myanmar, and this week is competing at the global pageant in Florida.

But now representing her country has new meaning. With the military seizing power in a Feb. 1 coup and killing hundreds of protesters, she hopes to use her platform to call attention to Myanmar’s pro-democracy movement and to appeal for international help in freeing elected leaders who have been detained.

“They are killing our people like animals,” she said in an interview before leaving Myanmar for the competition. “Where is the humanity? Please help us. We are helpless here.”

In a dramatic moment on Thursday during the pageant’s national costume show, she walked to the front of the stage and held up a sign saying, “Pray for Myanmar.” The final competition will be held on Sunday.

responded with a brutal crackdown, killing more than 780 people and detaining more than 3,900, according to a rights group that tracks political prisoners.

In the early weeks of the protest movement, Ms. Thuzar Wint Lwin, 22, joined the demonstrations, where she held signs with slogans such as “We do not want military government,” and called for the release of the country’s civilian leader, Daw Aung San Suu Kyi, who has been under house arrest since the coup.

black-and-white photos of herself blindfolded, with tape over her mouth and her hands bound.

The military’s onslaught has left the country living in fear, she said.

“The soldiers patrol the city every day and sometimes they set up roadblocks to harass the people coming through,” said Ms. Thuzar Wint Lwin, who also goes by the name Candy. “In some cases, they fire without hesitation. We are scared of our own soldiers. Whenever we see one, all we feel is anger and fear.”

giving up his dream of going to the Olympics and would not compete under the Myanmar flag until the regime’s leader, Senior Gen. Min Aung Hlaing, was removed from power. And the mixed martial arts fighter U Aung La Nsang, an American citizen and one of Myanmar’s most famous athletes, has urged President Biden to help end the suffering of Myanmar’s people.

Ms. Thuzar Wint Lwin says she believes that it will not be safe for her to return to Myanmar after speaking out against the regime; she does not know where she will go after the pageant ends.

An English major at East Yangon University, her path to the pro-democracy movement can perhaps be traced back to her childhood. She grew up in a middle-class household. Like many parents, her father, a businessman, and her mother, a housewife, dared not discuss the military government that was then in power.

One of her early memories was walking with her mother near Sule Pagoda in downtown Yangon in 2007, when monks led nationwide protests against military rule. She was 7. As they neared the pagoda, soldiers broke up the protest by shooting their guns in the air. People started running. She and her mother ran, too.

began sharing power with civilian leaders and opening the country, allowing cellphones and affordable internet access to flood in.

Ms. Thuzar Wint Lwin is part of the first generation in Myanmar to grow up fully connected to the outside world, and for whom a free society seemed normal. In 2015, the country seated democratically elected officials for the first time in more than half a century. “We have been living in freedom for five years,” she said. “Do not take us back. We know all about the world. We have the internet.”

November was the first time she was old enough to vote, and she cast her ballot for the National League for Democracy, the party of Ms. Aung San Suu Kyi, which won in a landslide only to have the military overturn the results by seizing power.

Before the coup, Ms. Thuzar Wint Lwin’s biggest ordeal came when she was 19 and had surgery to remove precancerous tumors from each breast, leaving permanent scars. She decided against having laser treatment to improve their appearance as a reminder of her success in preventing cancer.

“It’s just a scar and I’m still me,” she wrote in a recent post with photographs of the scars. “I met self-acceptance realizing nothing changed who I am and the values I set for myself. Now, when I see those scars, I feel empowered.”

autobiographical video on Facebook that would be unusual for any beauty pageant contestant: It shows her wearing formal gowns mixed with scenes of people fleeing tear gas and a soldier shooting a man who rode by on a motorbike.

“Myanmar deserves democracy,” she says in the video. “We will keep fighting and I also hope that international communities will give us help that we desperately need.”

AUSTIN, Texas--(BUSINESS WIRE)--As the first multifamily management company to be recognized in the Public Relations and Marketing Excellence Awards, … END_OF_DOCUMENT_TOKEN_TO_BE_REPLACED

There have been whispers of cooling housing and rental prices in the San Francisco Bay Area, but that hasn't yet translated into practical, noticeable … END_OF_DOCUMENT_TOKEN_TO_BE_REPLACED

Cars pass in Independence Square at twilight in Kyiv, Ukraine, Monday, Oct. 31, 2022. Rolling ... [+] blackouts are increasing across Ukraine as the … END_OF_DOCUMENT_TOKEN_TO_BE_REPLACED