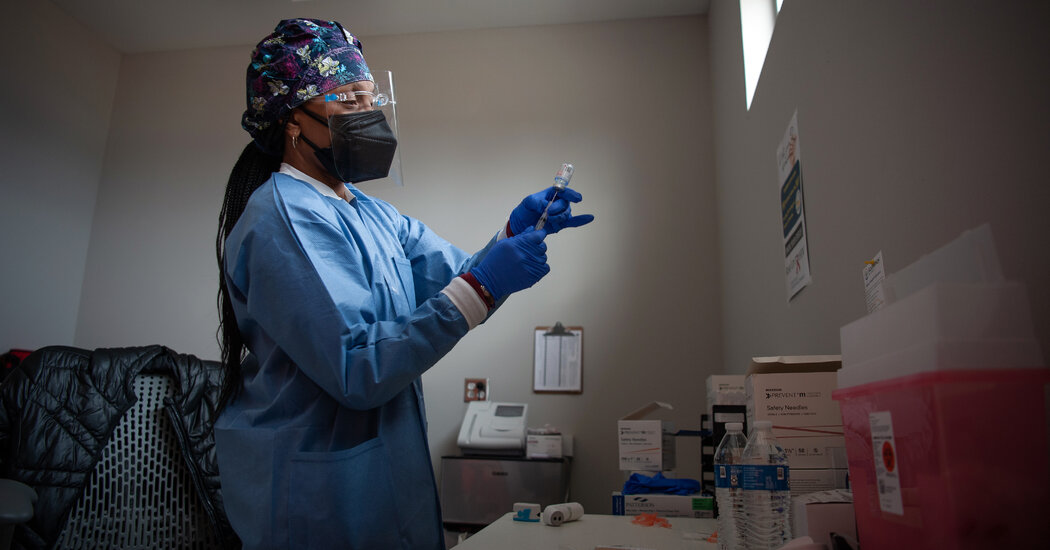 Everyone who lives in Mississippi will be eligible to receive a Covid vaccination starting Tuesday, Gov. Tate Reeves announced on Twitter.

“Get your shots, friends,” Mr. Reeves wrote. “And let’s get back to normal!”

Though the governor referred to “all Mississippians,” no vaccine has yet been authorized for use in children in the United States, so the change in eligibility presumably extends only to adults.

Last week, President Biden called on all states to open eligibility completely by May 1, and Mississippi is the second state to do so. Alaska opened its vaccination doors last week to anybody 16 or older who lives or works in the state.

Although Mississippi lags most other states in the share of its population that has been vaccinated so far, it is doing better than all of its neighbors except Louisiana, according to a New York Times tracker. As of Sunday, about 20 percent of Mississippians have received at least one shot, and 11 percent have been fully vaccinated.

The state had already opened eligibility further than most states, to cover everyone 50 or over. Governor Reeves urged older residents to book appointments as soon as possible.

Gov. Gretchen Whitmer of Michigan has said that her state will drop its restrictions on eligibility by April 5, about a month before Mr. Biden’s deadline.

Officials in Washington, D.C., said on Monday that they would do the same by May 1, allowing anyone 16 or older who lives in the city to be inoculated.

In New York, where the minimum eligible age was recently lowered to 60, the state will open three new mass vaccination sites on Long Island at the end of the week, Gov. Andrew M. Cuomo said Monday at a news conference. The sites will be on college campuses in Old Westbury, Brentwood and Southampton.

More categories of public-facing workers will become eligible in the state on Wednesday, including government employees, building services workers and employees of nonprofit groups. Mr. Cuomo has yet to announce how or when the state would open eligibility to all adults.

In the grand sweep of world history, the U.S. is a young country. Even so, there are plenty of homes built prior to the American Revolution that still … END_OF_DOCUMENT_TOKEN_TO_BE_REPLACED

DONETSK REGION, Ukraine — Between the cracks of mortar fire and the metallic bangs of Russian self-detonating mines, Yurii, a Ukrainian Army medic, … END_OF_DOCUMENT_TOKEN_TO_BE_REPLACED