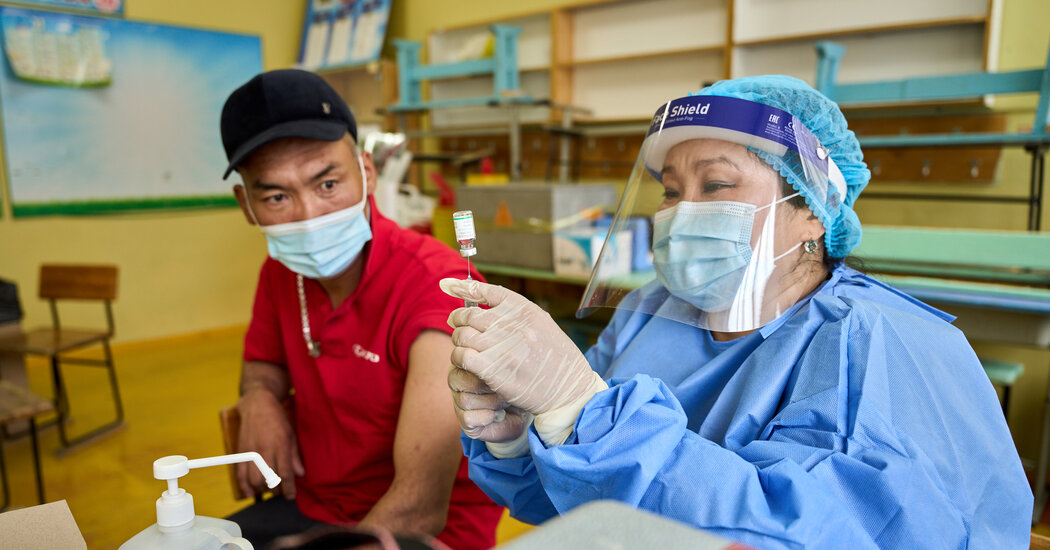 At a time when most countries are scrambling for coronavirus vaccines, Mongolia already has enough to fully vaccinate more than half its citizens, in large part thanks to deals with both China and Russia.

Officials are so confident about the nation’s vaccine riches that they are promising citizens a “Covid-free summer.”

Mongolia’s success in procuring so many doses within months is a big victory for a low-income, developing nation. Many poor countries have been waiting in line for shots, hoping for the best. But Mongolia, using its status as a small geopolitical player between Russia and China, was able to snap up doses at a clip similar to that of much wealthier countries.

Mongolia has a population not much bigger than Chicago’s. The small democratic nation is used to living in the shadows of Russia and China, which often treat it as a geopolitical pawn.

during a pandemic, being a small nation sandwiched between two vaccine makers with global ambitions can have advantages.

“It speaks to the Mongolian ability to play to the two great powers and maximize their benefits even while they are on this tightrope between these two countries,” said Theresa Fallon, director of the Center for Russia Europe Asia Studies in Brussels.

It is also a win for China and Russia, which have extensive resource interests in Mongolia and ambitions to appear to play a role in ending the pandemic, even when much of the world has expressed deep skepticism over their homegrown vaccines.

has extended the period of time the Pfizer-BionNTech vaccine can be refrigerated. The agency now says undiluted and thawed vaccines can be stored for up to 30 days, rather than up to five, as before. The European Medicines Agency announced a similar recommendation earlier in the week.

AUSTIN, Texas--(BUSINESS WIRE)--As the first multifamily management company to be recognized in the Public Relations and Marketing Excellence Awards, … END_OF_DOCUMENT_TOKEN_TO_BE_REPLACED

There have been whispers of cooling housing and rental prices in the San Francisco Bay Area, but that hasn't yet translated into practical, noticeable … END_OF_DOCUMENT_TOKEN_TO_BE_REPLACED

Cars pass in Independence Square at twilight in Kyiv, Ukraine, Monday, Oct. 31, 2022. Rolling ... [+] blackouts are increasing across Ukraine as the … END_OF_DOCUMENT_TOKEN_TO_BE_REPLACED