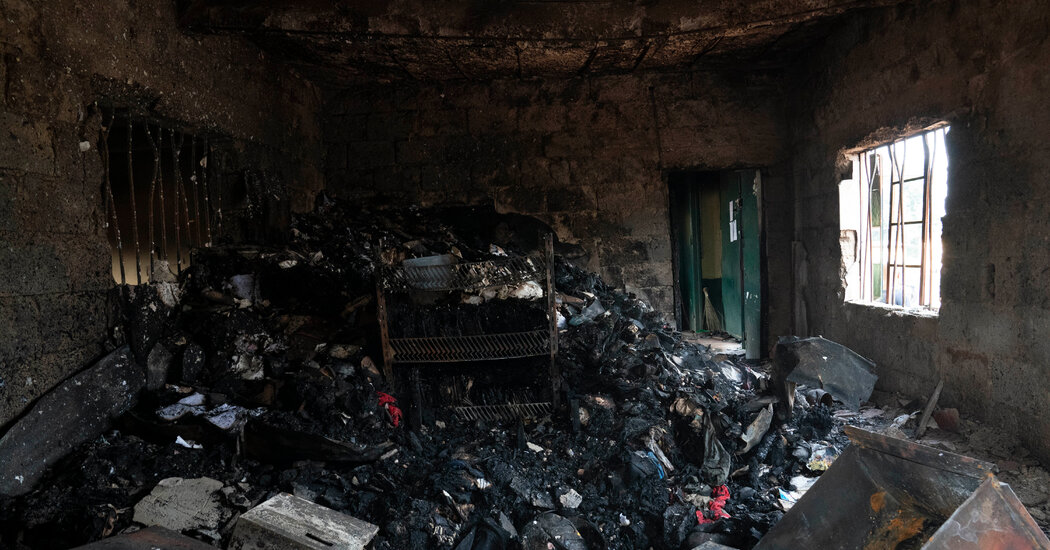 DAKAR, Senegal — The Nigerian authorities say they are searching for about 1,800 inmates who escaped from a prison aided by heavily armed gunmen in the southeastern corner of the country, where anti-government separatists have long been active.

The authorities laid blame for the jailbreak on a rebel group that promotes the decades-old cause of secession for Nigeria’s southeastern corner, popularly known as Biafra.

The escapes came as security has been declining in Nigeria, Africa’s most populous nation, where kidnapping has become rife and the army has been deployed to respond to security threats, including terrorism and banditry, in almost every state.

Prison officials said that early on Monday morning, men armed with sophisticated weapons arrived at a prison in Owerri, in southeastern Imo State. They exchanged fire with security personnel, according to prison officials, and then used explosives to blast their way into the prison yard.

Nigeria’s security services have launched a search operation to recapture the inmates. They put the number of escapees at 1,844.

Prison officials said in a statement that they were “appealing to the good citizens of Imo State and indeed Nigerians to volunteer useful intelligence that will facilitate the recovery effort.”

They said all officers at other prisons should “remain vigilant at this trying moment in our history,” suggesting concern about further prison breaks.

A few prisoners were trickling back into custody, accompanied by their relatives or lawyers, Francis Enobore, a spokesman for the prison system in Nigeria, said in a WhatsApp exchange. Thirty-five inmates refused to leave when the jailbreak happened, he said.

The police said that the attackers were members of the Indigenous People of Biafra, a secessionist group that has been banned in Nigeria since 2017 and is designated as a “militant terrorist organization” by the government.

But a spokesperson for the Indigenous People of Biafra denied that the group — or its paramilitary wing, the Eastern Security Network — were involved.

“E.S.N. is in the bush chasing terrorists and have no business with the said attacks,” the spokesperson, Emma Powerful, said in a statement. “It is not our mandate to attack security personnel or prison facilities.”

There were no casualties among the police, who repelled an attack on the armory at the prison, according to Frank Mba, a police spokesman.

AUSTIN, Texas--(BUSINESS WIRE)--As the first multifamily management company to be recognized in the Public Relations and Marketing Excellence Awards, … END_OF_DOCUMENT_TOKEN_TO_BE_REPLACED

There have been whispers of cooling housing and rental prices in the San Francisco Bay Area, but that hasn't yet translated into practical, noticeable … END_OF_DOCUMENT_TOKEN_TO_BE_REPLACED

Cars pass in Independence Square at twilight in Kyiv, Ukraine, Monday, Oct. 31, 2022. Rolling ... [+] blackouts are increasing across Ukraine as the … END_OF_DOCUMENT_TOKEN_TO_BE_REPLACED