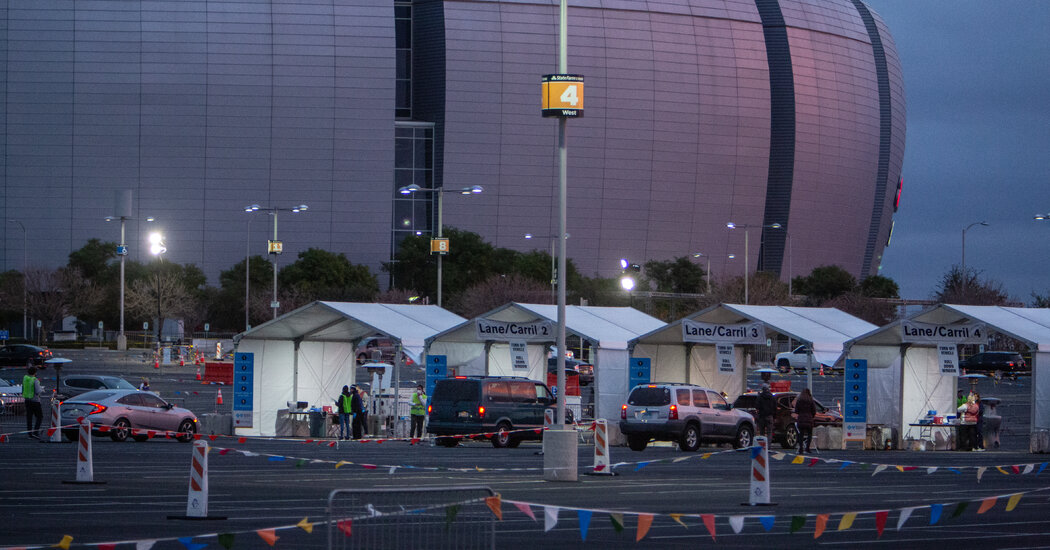 The push to get Americans vaccinated has picked up momentum in recent days. Governors and public health officials in more than 40 states have said they will meet or beat President Biden’s goal of making every adult eligible for a vaccine by May 1, and at least 30 states plan to start universal eligibility in March or April.

“Everybody in the state vaccinated, that ought to be our goal,” said Gov. Jim Justice of West Virginia, one of five states where everyone 16 and older is already eligible. “I know we’re not going to be able to attain that goal, but we’re going to absolutely be close and that’s what we need to continue to do.”

On Tuesday, Texas, Indiana and Georgia announced universal eligibility dates for late March. Officials in some other states, including Alabama and Minnesota, have said they expect to meet the president’s May deadline, but have not given exact dates for the eligibility expansions.

part of Phase 1c, the third round of priority groups, are not eligible to get vaccinated in the state unless they meet age requirements. Those groups include construction workers and many retail employees, who are generally not able to work remotely during the pandemic.

as about 2.5 million doses of vaccine are administered across the country each day, according to data reported by the C.D.C. About 25 percent of the total U.S. population has received at least one vaccine dose, and about 14 percent have been fully vaccinated. The Food and Drug Administration authorized the Pfizer-BioNTech vaccine for use in people as young as 16 while the Moderna and Johnson & Johnson vaccines can be given to those 18 and older.

about 55,000 new cases and 1,000 deaths identified each day. Though the number of new deaths continues to fall, reports of new cases have leveled off in recent weeks as more cases of worrisome variants are detected. Case numbers have been persistently high in the Northeast, and new outbreaks have emerged in Michigan, Minnesota and other states. On Wednesday, the country surpassed more than 30 million cases, according to a New York Times database.

But many officials hope expanding eligibility and increasing the pace of inoculation could bring those outbreaks under control.

“My thought is that we’re going to see a continued decrease in transmission as we open vaccine eligibility,” said Cindy Prins, an epidemiologist at the University of Florida. “It’s not just a matter of more people getting vaccinated, but the variety of ages and kinds of people who can get vaccinated will reduce that transmission.”

SAN FRANCISCO — Cleve Jones has lived in the Castro neighborhood for nearly 50 years, almost from the day he graduated from high school in Phoenix and … END_OF_DOCUMENT_TOKEN_TO_BE_REPLACED

A home inspection can spare you from unpleasant surprises after you buy. After crunching the numbers, searching your favorite neighborhoods, and … END_OF_DOCUMENT_TOKEN_TO_BE_REPLACED