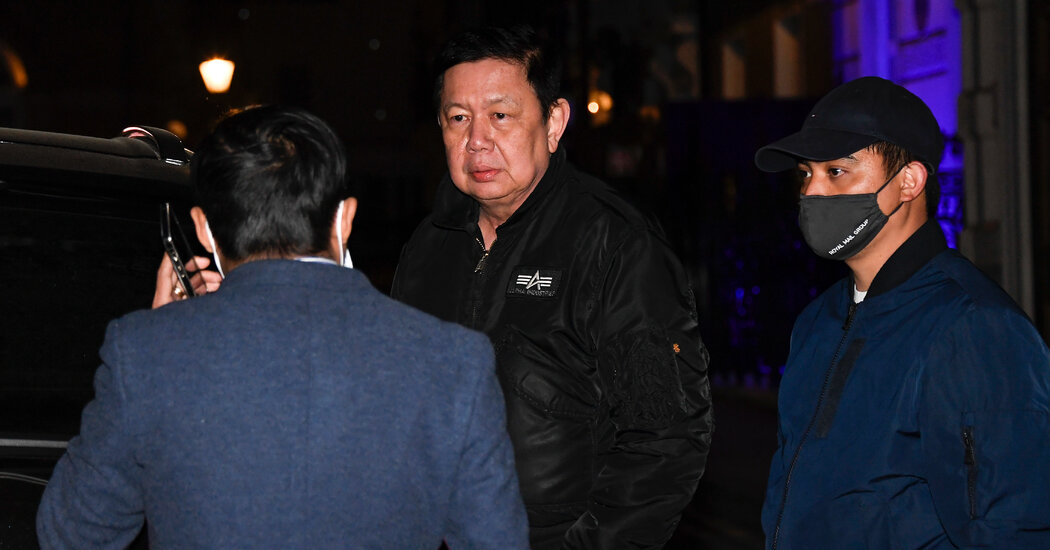 LONDON — Myanmar’s ambassador to Britain, Kyaw Zwar Minn, was locked out of his own embassy on Wednesday, apparently in retaliation for criticizing the country’s military, which seized power in February and has since launched a bloody crackdown on pro-democracy protesters.

In a statement, Britain’s Foreign, Commonwealth and Development Office said that it was “seeking further information” following the episode, which drew a small crowd of protesters outside the Myanmar Embassy in London.

“I have been locked out,” the ambassador told the Reuters news agency, calling the actions of diplomatic colleagues who prevented him from entering the building as a “kind of coup in the middle of London.”

Diplomatic sources confirmed that he had been excluded from the embassy and British media reports suggested that the ambassador’s deputy, Chit Win, had taken charge of the building with the help of a military attaché.

no longer represented the country.

On Wednesday, London’s Metropolitan Police confirmed that a protest had taken place outside the Myanmar Embassy and that officers were on the scene to keep order, but said that no arrests had been made.

Days before the bout to defend her championship title, Zhang Weili, China’s most famous mixed martial arts fighter, sensed her opponent was trying to … END_OF_DOCUMENT_TOKEN_TO_BE_REPLACED

The Australia Letter is a weekly newsletter from our Australia bureau. Sign up to get it by email. This week’s issue is written by Jane Perlez, who … END_OF_DOCUMENT_TOKEN_TO_BE_REPLACED