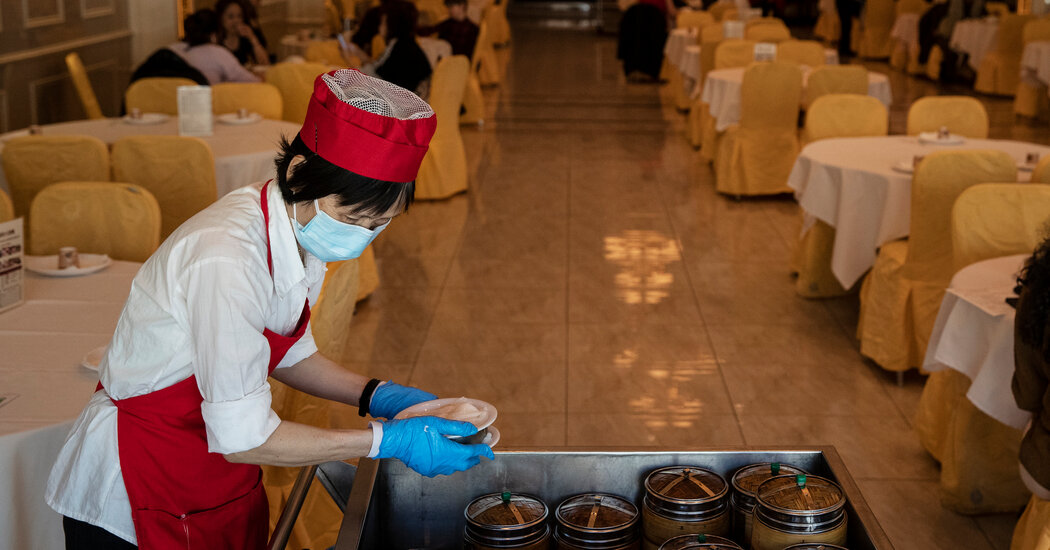 Restaurants in New York City can broaden indoor dining to 75 percent capacity beginning on May 7, Gov. Andrew M. Cuomo said Friday, an expansion already available to restaurants in the rest of the state.

The governor also said the city’s gyms and fitness centers will expand to 50 percent capacity beginning May 15. Hair salons, barber shops and other personal care services can move to to 75 percent capacity on May 7, he said.

The announcement comes a day after Mayor Bill de Blasio declared that New York City would fully reopen on July 1, after a more than a year of virus-related restrictions imposed by the governor.

After months of persistently high case numbers during a second virus wave, the city has started to turn a corner, particularly as the weather has warmed and drawn residents outside. Public health officials and epidemiologists expect vaccinations to continue to drive down new cases over the next two months.

who has moved recently to roll back restrictions, said that he too was hopeful that a wider reopening was within sight, possibly sooner than Mr. de Blasio’s goal.

“I think that if we do what we have to do, we can be reopened earlier,” Mr. Cuomo said.

There were no arrests in three quarters of last year’s fatal shootings, according to statistics provided by Mr. Krasner’s office, even as arrests for … END_OF_DOCUMENT_TOKEN_TO_BE_REPLACED