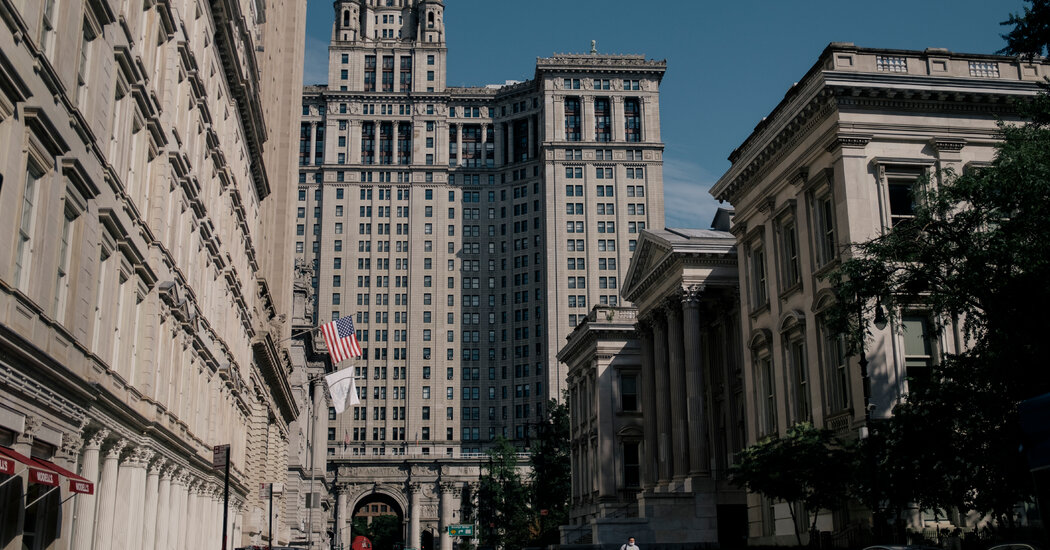 Mayor Bill de Blasio’s decision to bring the nation’s largest municipal work force back to the office signals a remarkable turnabout in the fortunes of a city that was the national epicenter of the pandemic, coming to symbolize the perils of living in densely packed global capitals.

The move is meant to broadcast that New York City will soon be open for business, and to encourage private companies to follow suit — lifting the hopes of landlords whose skyscrapers have largely sat empty as office workers stayed home.

“We’re going to make it safe, but we need our city workers back in their offices where they can do the most to help their fellow New Yorkers,” Mr. de Blasio said Tuesday. “And it’s also going to send a powerful message about this city moving forward.”

like Texas, which has lifted mask restrictions and has allowed businesses to fully reopen.

Yet the move has spurred concern among some workers and union leaders who fear it is premature. New York City still has among the highest coronavirus case rates in the nation. Many workers will have to commute an hour or more on mass transit. Others will have to juggle their children’s episodic in-person school schedules with their new in-person work requirements.

The new policy is expected to affect about 80,000 employees who have been working remotely, including caseworkers, computer specialists and clerical associates. The rest of the city’s roughly 300,000-person work force, many of them uniformed personnel including police officers, firefighters and sanitation workers, have already been reporting to work sites.

“Above all else, this is a major momentum builder,” said Reggie Thomas, a senior vice president with the Real Estate Board of New York.

Vaccination will not be mandatory for those returning to the office because of legal concerns, according to a City Hall spokesman. City officials are strongly encouraging their workers to get vaccinated and are trying to facilitate that process. Even so, a survey of the city work force in January suggested that vaccine hesitancy varied significantly by agency, and City Hall was unable to provide an estimate of how many municipal workers had already received vaccines.

Facial masks will also be strongly encouraged but not required in all workplace situations: A March 18 presentation from the city’s Department of Citywide Administrative Services said agency leaders should “encourage face coverings to be worn at all times even if six-feet distancing can be maintained.” On Tuesday, deputy mayor Laura Anglin clarified the policy, saying that if employees cannot socially distance, they must wear masks.

Chief Covelli said Mr. Crimo planned the shooting for several weeks, but that the authorities had not yet established what his motive was. “We have no … END_OF_DOCUMENT_TOKEN_TO_BE_REPLACED

Kevin McKenzie and Martine van Hamel were standing in the dining room of their weekend house in Woodstock, N.Y., trying to figure out when they got … END_OF_DOCUMENT_TOKEN_TO_BE_REPLACED