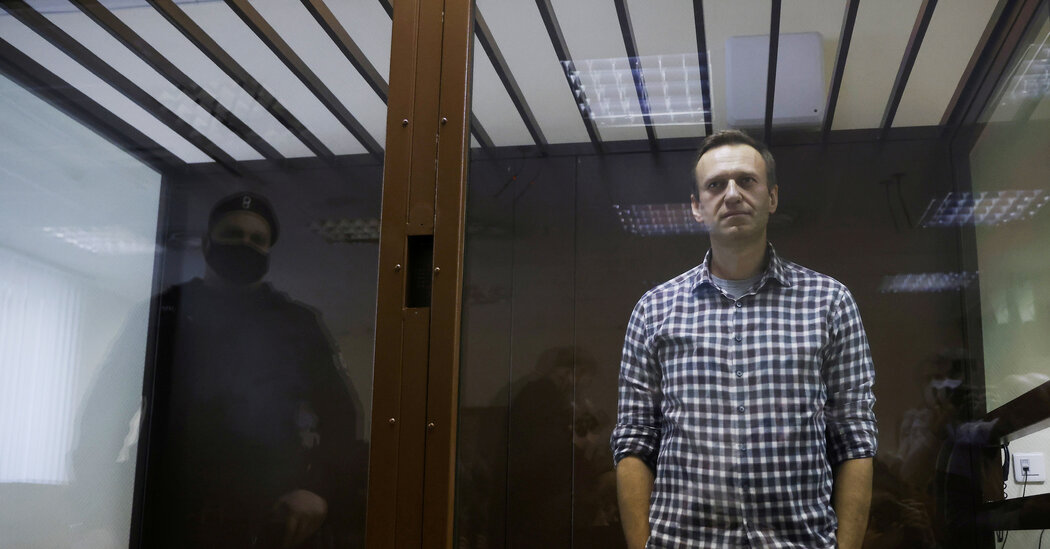 MOSCOW — Aleksei A. Navalny, the imprisoned Russian opposition leader, declared a hunger strike on Wednesday in protest over what he said was prison officials’ failure to provide him with proper medical care for severe pain in his back and his right leg.

In a handwritten letter to the prison warden, Mr. Navalny, the most vocal critic of President Vladimir V. Putin, complained that despite his worsening condition, he has not been allowed to see a doctor of his choice or receive necessary medication.

Mr. Navalny, who suffered a near-fatal poisoning in August, wrote in the letter, posted online by his supporters, that he needed “to see a doctor very badly” and that he would not end his hunger strike “before it happens.” The prison staff, he added, had also ordered a campaign of psychological harassment against him, including sleep deprivation.

Mr. Navalny had said in an earlier statement that prison doctors had provided only ibuprofen pills to treat the pain, describing the prison as “a real concentration camp 60 miles away from Moscow.”

said in a statement on Wednesday that Mr. Navalny has received all of the medical help he needs and that guards were required to check that inmates were present in their beds.

Mr. Navalny collapsed into a coma on an airplane flight last August and was medically evacuated from Russia to Berlin.

After extensive tests there, both the German and French governments, and international chemical weapons specialists, confirmed that he had been poisoned with a Soviet-designed military nerve agent, Novichok. Mr. Navalny said the attempt on his life was ordered by the Kremlin.

Mr. Putin has denied any state role in the poisoning, arguing that if the Russian state had wanted to kill him, it would have succeeded.

The poshest place in California's Coachella Valley is The Madison Club. This exclusive gated community in La Quinta is where A-listers and tycoons … END_OF_DOCUMENT_TOKEN_TO_BE_REPLACED

KOROPY, Ukraine — Four men tugged at long strips of fabric to lift a coffin out of the gaping hole in the backyard of a small house. They flung the … END_OF_DOCUMENT_TOKEN_TO_BE_REPLACED