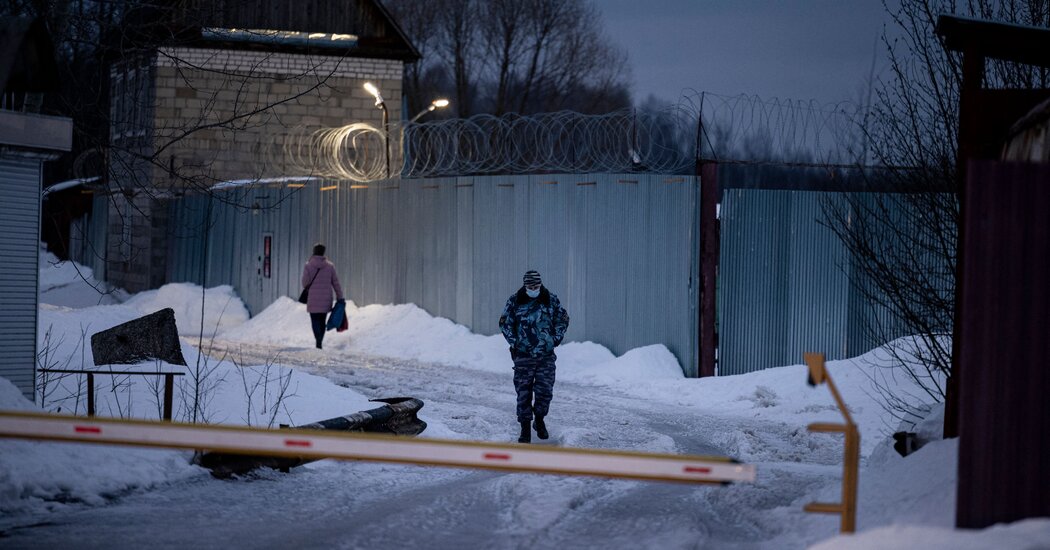 Even profanity was prohibited, Mr. Navalny wrote. Shockingly for a Russian prison, “this ban is strictly followed.”

The prison, referred to by its Russian initials IK2, has long been known for strict enforcement of rules. Lawyers and former inmates have described a separate, harsher punishment facility within its walls where inmates are not allowed to mingle or even talk among themselves.

The site is typical for Russia’s colony-type prisons that evolved, with a few improvements, from the gulag camps established in the 1930s. Inmates live collectively in groups of several dozen called brigades in low-slung, two-story buildings surrounded by walls and barbed wire.

Discipline is enforced by prisoners in cahoots with the warden, according to former inmates, an arrangement that will allow the prison administration to strictly control Mr. Navalny’s life at all times. Prisoners spend hours standing with their hands clasped behind their backs, looking at their feet, forbidden from making eye contact with the guards, one former inmate, the nationalist politician Dmitri Dyomushkin, told a Moscow radio station recently.

Mr. Navalny, in Monday’s post, said he remained classified as a flight risk, meaning that he was woken up every hour at night by a guard with a camera reporting on his condition.

The constant surveillance, Mr. Navalny wrote, reminded him of a dystopian novel: “I think that someone up high read Orwell’s ‘1984’ and said, ‘Oh, awesome. Let’s do that. Education through dehumanization.’”

But as he has done repeatedly in recent months, Mr. Navalny still sought to radiate optimism. He has used his imprisonment to try to show Russians that they need not fear Mr. Putin, as long as they believe that, sooner or later, their side will prevail.

You were seeing double this week: A spectacular $54 million compound featuring two equally luxurious mansions separated by a private lake in Southwest … END_OF_DOCUMENT_TOKEN_TO_BE_REPLACED