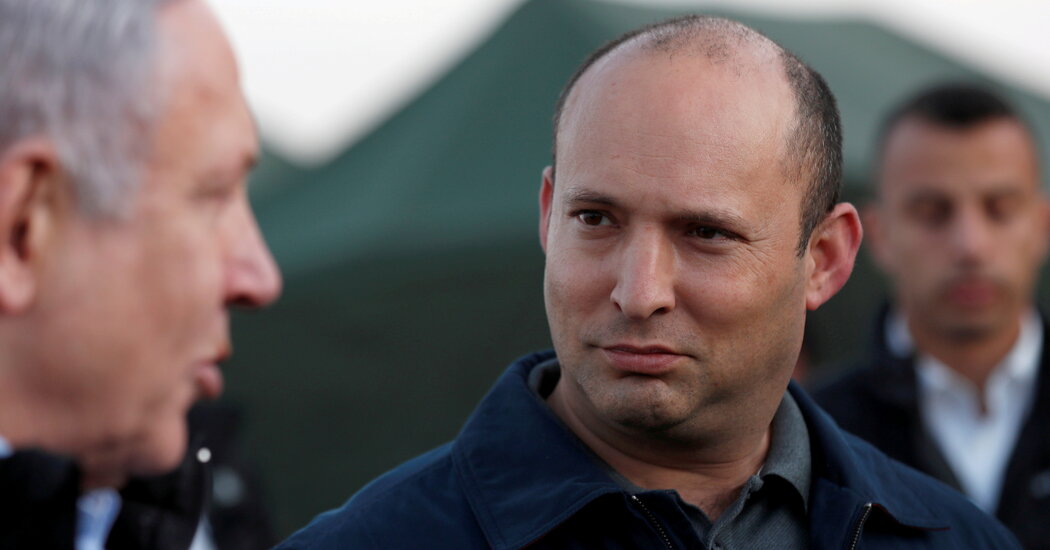 JERUSALEM — Prime Minister Benjamin Netanyahu of Israel said on Monday that he would be willing to hand over leadership for one year to a longtime right-wing rival, Naftali Bennett, in a last-ditch effort to cobble together a new government.

Mr. Netanyahu, who has spent the last 12 years in office and is now standing trial on corruption charges, announced the offer just ahead of a deadline to form a government, in the wake of Israel’s fourth inconclusive election in two years.

The arrangement, part of a rotation agreement, would be a highly unusual one since Mr. Bennett, who served briefly as defense minister in a previous government, leads a small, pro-settlement party, Yamina, that holds just seven seats in the 120-seat Parliament.

Mr. Netanyahu wrote about the offer in a post on Facebook less than 36 hours before his time to form a new government runs out at midnight on Tuesday. Mr. Bennett appeared to dismiss the offer as political spin in his initial response.

the United Arab List, which holds four seats in Parliament. But most of the Religious Zionism party has so far ruled out relying on the support of the Arab party, which they say supports terrorism.

Mr. Netanyahu’s only other option is to attract defectors from the opposition bloc. Mr. Netanyahu said that if Mr. Bennett and his Yamina party joined forces to form a solid bloc of 59 seats, others would come.

Mr. Netanyahu held the office of prime minister first, with the agreement that Mr. Gantz would take over in November 2021. But after only seven months, Mr. Netanyahu created a budget crisis that led to new elections, before Mr. Gantz could get close to heading the government.

What many Israelis are hoping for now is an end to the gridlock that paralyzed the government for years. The political morass left Israel without a state budget for two consecutive years in the middle of a pandemic and has delayed appointments to several key administrative and judicial posts.

bribery, fraud and breach of trust, which he denies, has begun.

If you’ve ever dreamed of a quiet life on a boat in Alaska, this new waterfront listing can help you realize that vision.Of course, there's always … END_OF_DOCUMENT_TOKEN_TO_BE_REPLACED