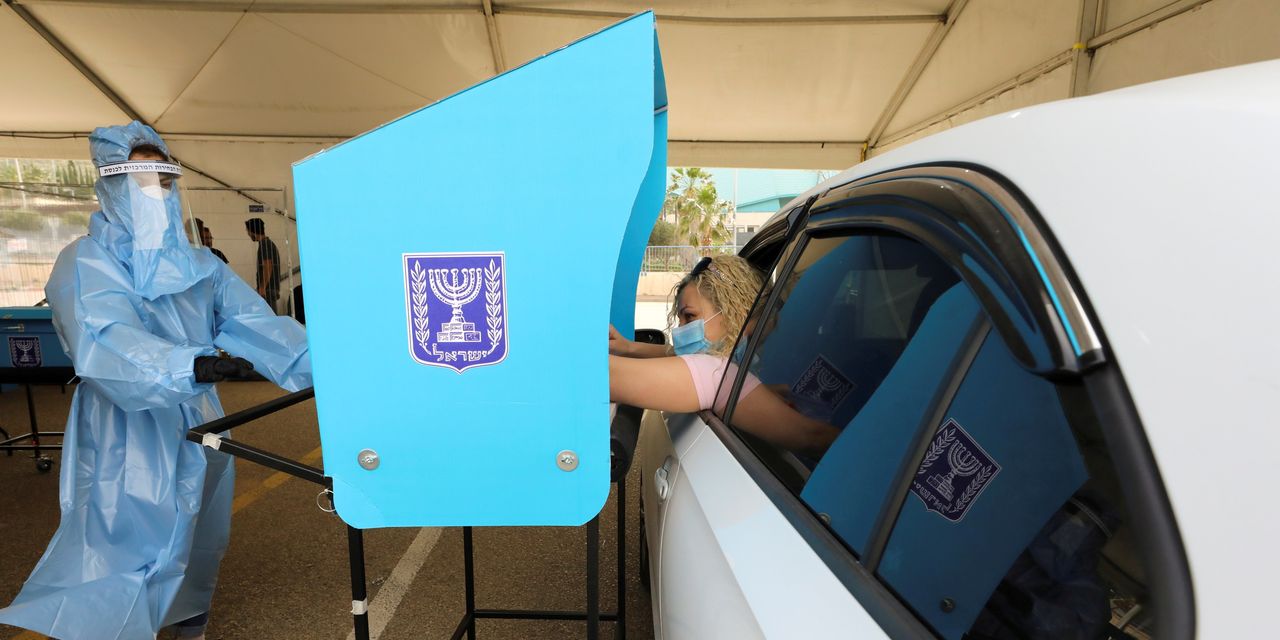 Tel Aviv—Israelis are voting Tuesday for the fourth time in two years, with Prime Minister Benjamin Netanyahu hoping his world-beating Covid-19 vaccination campaign will be sufficient to fend off challenges from the center and right.

Polls close in the evening, but Mr. Netanyahu’s fate might not be determined for weeks or even months. In Israel’s fractious politics, the next prime minister isn’t the leader of the party with the most votes, but whoever can gather enough support to form a majority coalition.

Opinion polls released before Tuesday’s vote suggest neither Mr. Netanyahu nor any of his rivals will have a clear path to form a governing coalition, which would require at least 60 of the 120 seats in the Knesset. On Tuesday evening or early Wednesday it may not even be clear who has an edge because coronavirus protocols mean votes will take longer to count and final tallies may not be available until Thursday or later.

Once Israel’s President Reuven Rivlin receives the final election results, he will begin consulting with party leaders to determine who he will award the mandate to form a government to. He will do that by April 7 and that person has until May 18 to begin the horse-trading needed to knit together a coalition government. If he fails, Mr. Rivlin can then award the mandate to someone else, who will also have several weeks to try.

The poshest place in California's Coachella Valley is The Madison Club. This exclusive gated community in La Quinta is where A-listers and tycoons … END_OF_DOCUMENT_TOKEN_TO_BE_REPLACED

KOROPY, Ukraine — Four men tugged at long strips of fabric to lift a coffin out of the gaping hole in the backyard of a small house. They flung the … END_OF_DOCUMENT_TOKEN_TO_BE_REPLACED