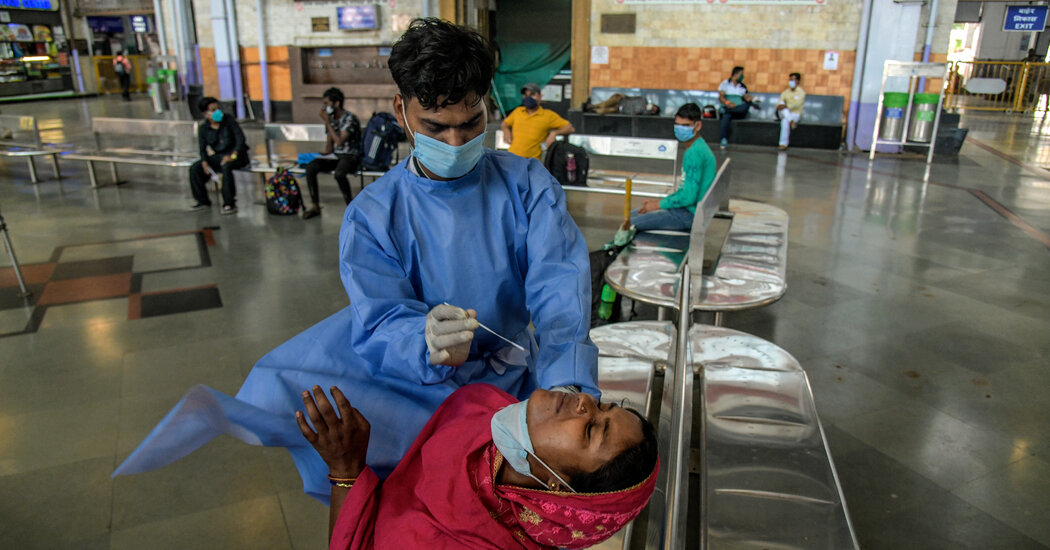 More new coronavirus cases were reported around the world last week than in any seven-day period since the beginning of the pandemic, according to new data published on Tuesday by the World Health Organization.

The latest surge is being driven largely by an outbreak in India, where the authorities reported nearly 300,000 new cases on Wednesday alone. The country’s health care system is showing signs of buckling under the country’s second major wave of coronavirus infections, and an accident this week at a Covid-19 hospital in India killed more than 20 people.

India accounts for almost one-third of all new cases worldwide, according to the W.H.O. data. New cases are rising in all regions tracked by the organization except Europe, where they declined by 3 percent last week.

The rate at which new coronavirus-related deaths are being reported is also accelerating, according to the W.H.O. More than 83,000 deaths were reported last week, compared with 76,000 the week before.

By the organization’s reckoning, the overall death toll for the pandemic surpassed 3 million last week. A spokeswoman for the W.H.O., Margaret Harris, noted that it took nine months for the world to reach 1 million pandemic deaths, then four months to pass 2 million, and now three months to reach 3 million.

Three men were indicted in the death of the notorious gangster James (Whitey) Bulger, who was beaten to death four years ago in a West Virginia … END_OF_DOCUMENT_TOKEN_TO_BE_REPLACED

Dr. Connolly and Dr. Mott live in the North Baltimore neighborhood of Homeland, known for its strong public schools and colonial architecture, which … END_OF_DOCUMENT_TOKEN_TO_BE_REPLACED