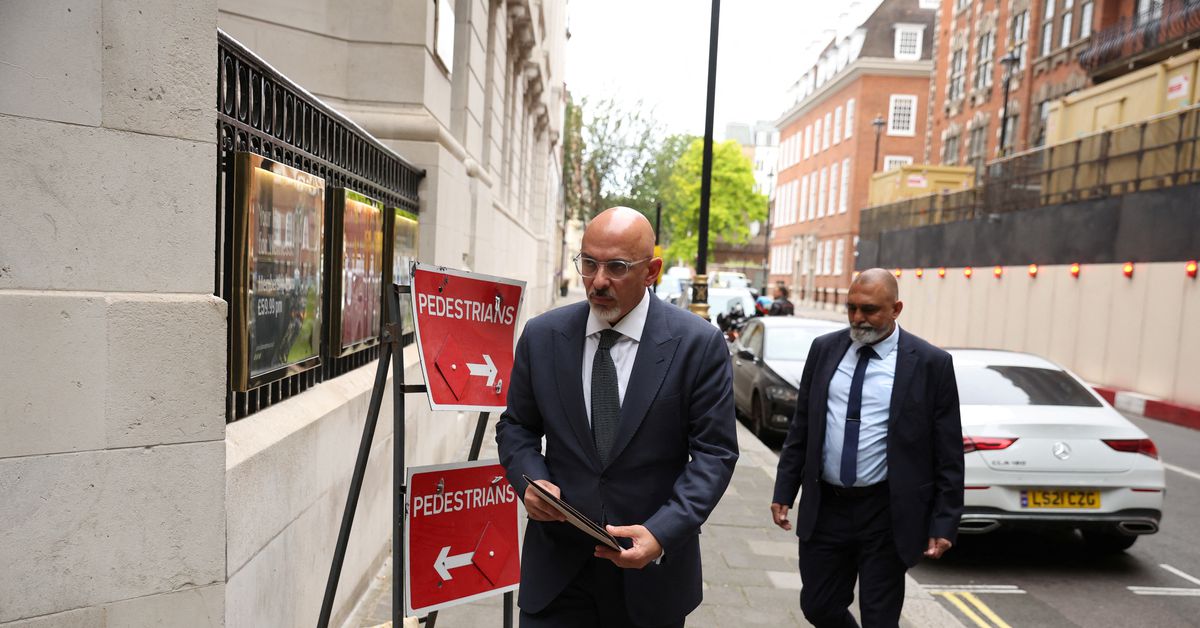 LONDON, July 7 (Reuters) – Britain’s new finance minister Nadhim Zahawi told Boris Johnson to resign on Thursday, less than 48 hours after the prime minister promoted him to the job, saying the crisis engulfing the government would only get worse.

“This is not sustainable and it will only get worse, for you, for the Conservative Party and most importantly of all the country,” Zahawi said on Twitter after more than 50 ministers and aides resigned from the government.

“You must do the right thing and go now.”

Zahawi did not say he had resigned, but said he went to the prime minister’s office in Downing Street with cabinet colleagues on Wednesday evening to tell Johnson to “leave with dignity”.

“I am heartbroken that he hasn’t listened and that he is now undermining the incredible achievements of this government,” Zahawi said in a letter.

“The country deserves a government that is not only stable, but which acts with integrity. Prime Minister you know in your heart what the right thing to do is, and go now.”

Whether you optimistically hope that mortgage rates will decline or are resigned that rates will stay elevated above the historic lows of 2021, you … END_OF_DOCUMENT_TOKEN_TO_BE_REPLACED

A resident of Nikopol, Ukraine, in her backyard last month, with smoke rising from an area on the opposite bank of the Dnipro River. Credit...David … END_OF_DOCUMENT_TOKEN_TO_BE_REPLACED