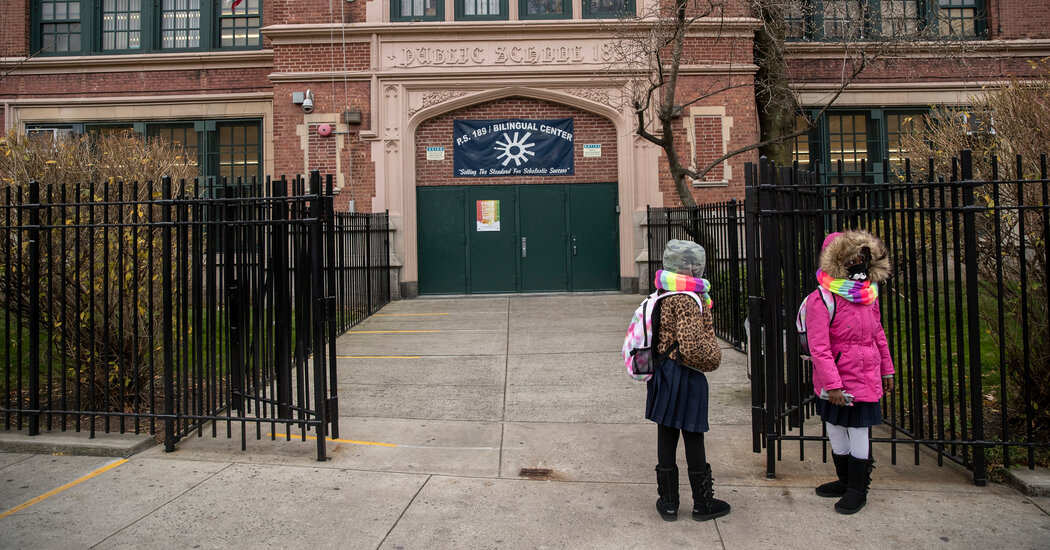 New York City’s public schools have seen remarkably low virus transmission compared with the citywide rate of positive test results in the months since the nation’s largest school system reopened for thousands of students, according to a major new peer-reviewed study in the medical journal Pediatrics.

Of over 200,000 people who were tested in city school buildings from October to December, only .4 percent of tests came back positive for the coronavirus. That was during a period when virus cases were spiking in the community.

And even when cases were detected, relatively few close contacts in the school ended up testing positive for the virus during the same period: .5 percent of school-based contacts who quarantined contracted the virus.

Still, school-based testing has been random and therefore focused more on identifying asymptomatic cases, while many New Yorkers who got tested outside schools had symptoms or had been exposed to the virus.

Mr. de Blasio reopened classrooms last September, months before many other large districts, particularly in the Northeast and on the West Coast. The city closed schools in November as virus cases surged, and has gradually reopened throughout the winter and spring. Still, the vast majority of city school students, roughly 700,000 children, have elected to learn from home for the rest of the school year.

The mayor faced significant criticism for his push to reopen schools, and there was widespread fear among families and educators that it was not yet safe to return to school buildings. But the strict safety measures the city put in place, including required masking, social distancing between students and teachers, and weekly random testing seem to have helped keep positivity rates in schools extremely low, the study said.

“We’ve said that our public school buildings are some of the safest places in New York City — and we’ve got the numbers to back it up,” Mr. de Blasio said in a statement on Wednesday.

The poshest place in California's Coachella Valley is The Madison Club. This exclusive gated community in La Quinta is where A-listers and tycoons … END_OF_DOCUMENT_TOKEN_TO_BE_REPLACED

KOROPY, Ukraine — Four men tugged at long strips of fabric to lift a coffin out of the gaping hole in the backyard of a small house. They flung the … END_OF_DOCUMENT_TOKEN_TO_BE_REPLACED