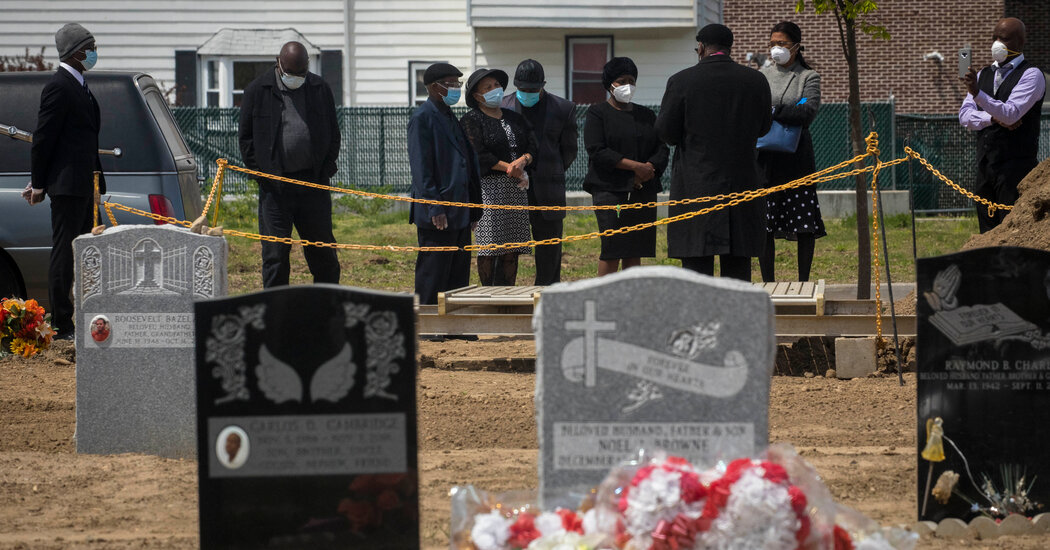 Today, on the anniversary of the city’s first coronavirus-related death, New York City will hold a virtual memorial event honoring the tens of thousands of New Yorkers who have died of the virus.

The virtual ceremony, which will include names and photographs of the deceased, will be streamed online on the city’s website and on social media platforms at 7:45 p.m. Families are being encouraged to submit photographs of their loved ones.

Since the beginning of the pandemic, over 30,000 people are known to have died in New York City in relation to the virus.

“We constantly talk about moving forward and our recovery, but we’ve got to take time to remember the people we’ve lost,” said Mayor Bill de Blasio at a news conference Monday.

shut down schools, restaurants and bars. There were about 5,600 reported cases of the virus in the city at the time, but researchers have said that the virus was likely spreading in New York City earlier than residents realized.

The city soon became the epicenter of the outbreak in the United States. Morgues, funeral homes, crematories and cemeteries were overwhelmed with bodies.

When asked if the city will create a permanent memorial to commemorate victims of virus, Mr. de Blasio said on Monday that the city will develop a plan for “a place that people can gather and remember their loved ones.”

Kohl's announced Friday that it is terminating talks to sell its business, saying that retail environment has significantly deteriorated since the … END_OF_DOCUMENT_TOKEN_TO_BE_REPLACED