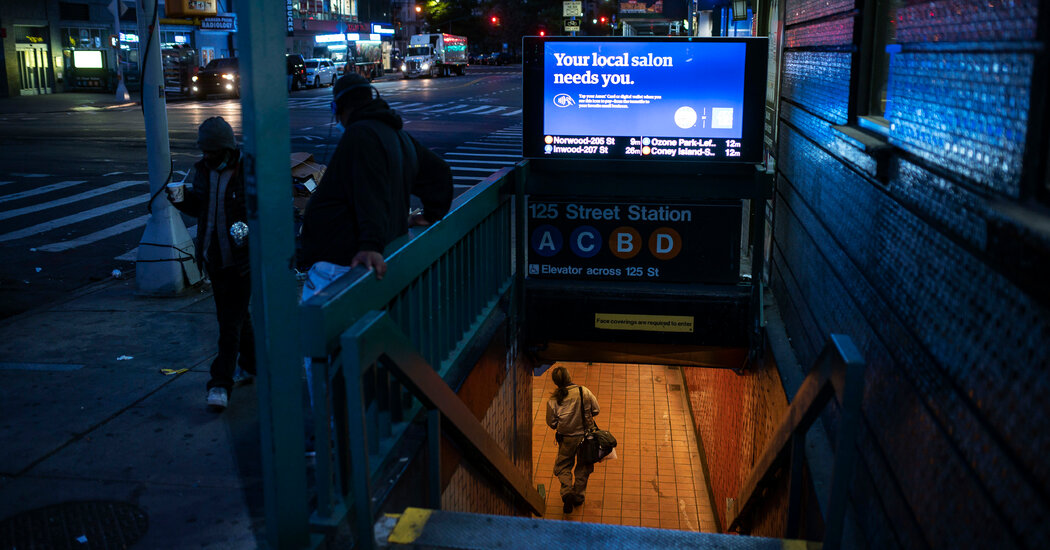 The welcome team was in place.

Nadav Shahaf, 18, a high school student wearing a black mask and a bright red sweatshirt, came bounding down the stairs and plopped onto a newly cleaned bench. He had it all to himself. He was heading home after a late-night stroll with his girlfriend.

“I’m happy we got to this point,” he said. “It’s been a tough journey, but we’ve done a good job as a city, as a community.”

The 24-hour New York City subway was back.

The nation’s busiest transit system returned to full screeching service early Monday after more than a year of overnight closings during the coronavirus pandemic to provide more time to clean and disinfect trains, stations and equipment. It was the longest planned shutdown since the subway opened in 1904.

The resumption of round-the-clock service comes at a challenging moment for the transit system with fears about subway crime on the rise after a spate of random attacks that has also raised questions about how willing commuters will be to return to the subway and nudge ridership closer to prepandemic levels.

Still, the restoration of full subway service represents a major milestone on the city’s long road back from a public health crisis that made New York a global epicenter of the outbreak. It is one of the few cities in the world that usually never closes its subway, long a source of pride for New Yorkers.

“We’re thrilled to have people come back 24-7,” Sarah Feinberg, the interim subway chief, said in a television interview aired on Sunday. “We’re a 24-7 city, we want to be a 24-7 system. We always have been except for the last year, so it’s wonderful to be able to bring back ridership to 24 hours a day.”

The Seattle Seahawks are very much still in the running for Baker Mayfield. (Photo by Stacy ... [+] Revere/Getty Images) Getty Images The Seattle … END_OF_DOCUMENT_TOKEN_TO_BE_REPLACED

(CNN) — Kim Kyung-seop recalls going to cheap bars after class with his friends, where they binged on as much makgeolli as possible. "You know the … END_OF_DOCUMENT_TOKEN_TO_BE_REPLACED