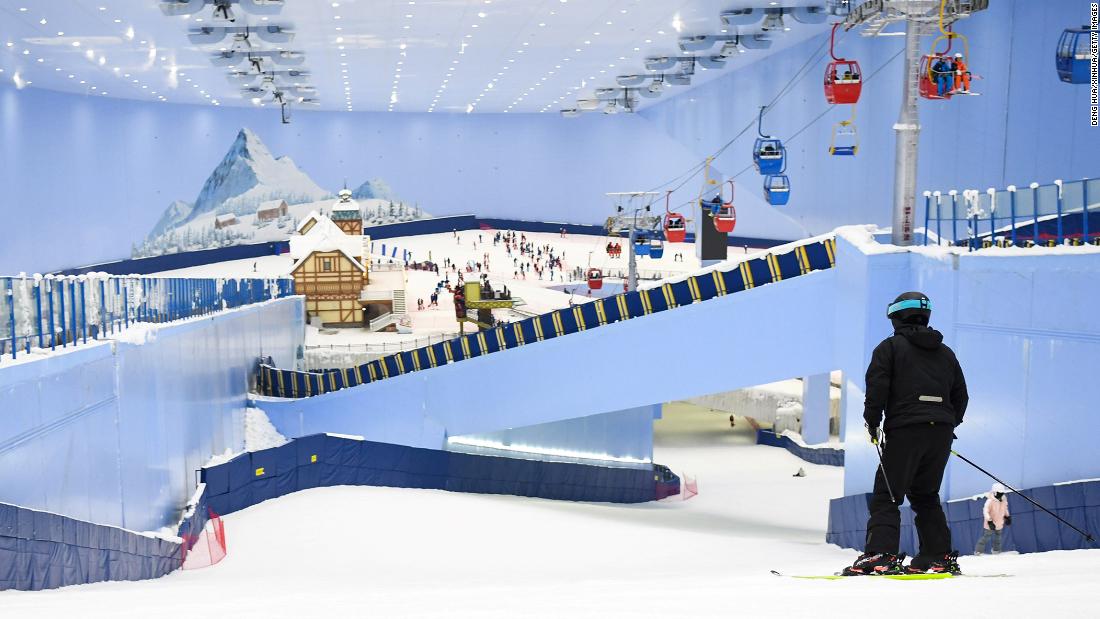 (CNN) — Eric Zhang was born in Chongqing, in southern China, and grew up enjoying warm-weather activities. But when he went to graduate school in New York City, he began to understand the allure of snow.

Since then, he has become a keen skier. Now, he’s raising his twin toddlers in China as lovers of winter sports.

The timing couldn’t be better, as China is now hosting the Winter Olympics in Beijing. A new generation of Chinese kids is watching athletes like Eileen Gu win gold medals and beginning to dream about its own athletic achievements.

Now, unlike in years past, kids from all over China might have a chance to pursue winter sports, thanks to indoor ski slopes, skating rinks, snow simulators and other attractions that are popping up, even in some of the country’s warmest climates.

Shanghai, Guangzhou, Chongqing, Shenzhen, Beijing and Shenyang — China’s biggest cities — are now home to places where adults and kids alike can play in the snow, even when it’s 80 degrees Fahrenheit (26.6 degrees Celsius) outside.

Becoming an Olympian isn’t the only allure. China’s borders have been essentially closed since the onset of the coronavirus pandemic in March 2020, meaning that tourists who might have once gone abroad to ski are turning to domestic travel to scratch their itch.

Zhang is one of them. In the past, he visited Sapporo, Japan and Lake Tahoe in the United States to ski on his holidays. Last year, though, he went to Songhua Lake, a resort in far north Jilin province, near the border with North Korea.

Chinese social media is also a source of inspiration, with Weibo and WeChat users sharing photos of their latest skiing and snowboarding trips.

“That’s the young people, that’s their destination,” says Zhang. “That’s where they want to spend money, and they are the biggest spenders.”

Other industries, namely cold-weather clothing and athletic gear, have also cashed in on the craze.

In recent years, the national government has taken steps to promote winter sports in China as part of its Olympics campaign.

In 2016, the China General Administration of Sports revealed an ambitious plan to build 650 skating rinks and 800 ski resorts by the end of 2022. The government reports that more than 300 million Chinese people have taken part in winter sports since Beijing won its Olympics bid seven years ago.

However, the rapid growth of the indoor winter sports industry has come at a price.

Many of the domestic ski resorts and skating rinks in China are not as up-to-date as those in more established areas in Europe or North America.

The quality of facilities can be uneven, and building too many too quickly can also be bad for the environment — making large quantities of artificial snow requires an immense amount of water.

The Bay Area is the last place in the U.S. with rental prices below pre-pandemic levels, according to a new report from Apartment List. That seems … END_OF_DOCUMENT_TOKEN_TO_BE_REPLACED

BUCHA, Ukraine — A breeze rustles through the cherry blossoms in bloom on almost every block in this small city, the white petals fluttering onto … END_OF_DOCUMENT_TOKEN_TO_BE_REPLACED