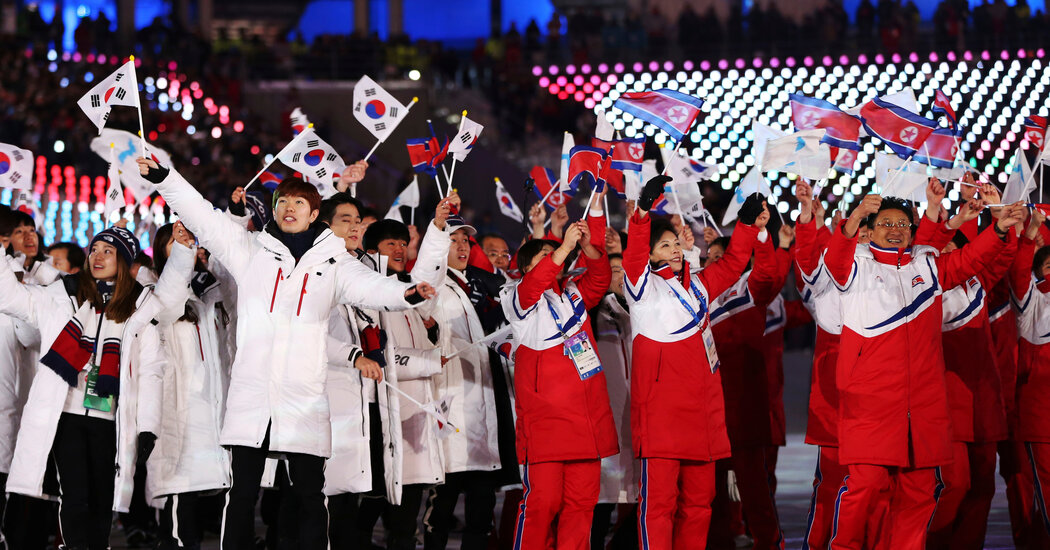 North Korea said on Tuesday that it had decided not to participate in the 32nd Tokyo Summer Olympics because of the Covid-19 pandemic.

The decision was made when the North’s national Olympic Committee met on March 25 in Pyongyang, where it decided a delegation would skip the Tokyo Olympics, to be held on July 23 to Aug. 8, “in order to protect our athletes from the global health crisis caused by the malicious virus infection,” the Sports in the Democratic People’s Republic of Korea, a government-run website, said.

North Korea, which has a decrepit public health system, has taken stringent measures against the virus since early last year, including shutting its borders. The country officially maintains that it has no Covid-19 cases, but outside health experts remain skeptical.

North Korea’s decision deprives South Korea and other nations of a rare opportunity to establish official contact with the isolated country. Officials in the South had hoped that the Olympics might provide a venue for senior delegates from both Koreas to meet to discuss issues beyond sports.

But since the collapse of Mr. Kim’s diplomacy with Mr. Trump in 2019, North Korea has shunned official contact with South Korea or the United States. The pandemic has deepened its diplomatic isolation and economic difficulties amid concerns over its nuclear ambitions. North Korea launched two ballistic missiles on March 25 in its first such test in a year, in a challenge to President Biden.

AUSTIN, Texas--(BUSINESS WIRE)--As the first multifamily management company to be recognized in the Public Relations and Marketing Excellence Awards, … END_OF_DOCUMENT_TOKEN_TO_BE_REPLACED

There have been whispers of cooling housing and rental prices in the San Francisco Bay Area, but that hasn't yet translated into practical, noticeable … END_OF_DOCUMENT_TOKEN_TO_BE_REPLACED

Cars pass in Independence Square at twilight in Kyiv, Ukraine, Monday, Oct. 31, 2022. Rolling ... [+] blackouts are increasing across Ukraine as the … END_OF_DOCUMENT_TOKEN_TO_BE_REPLACED