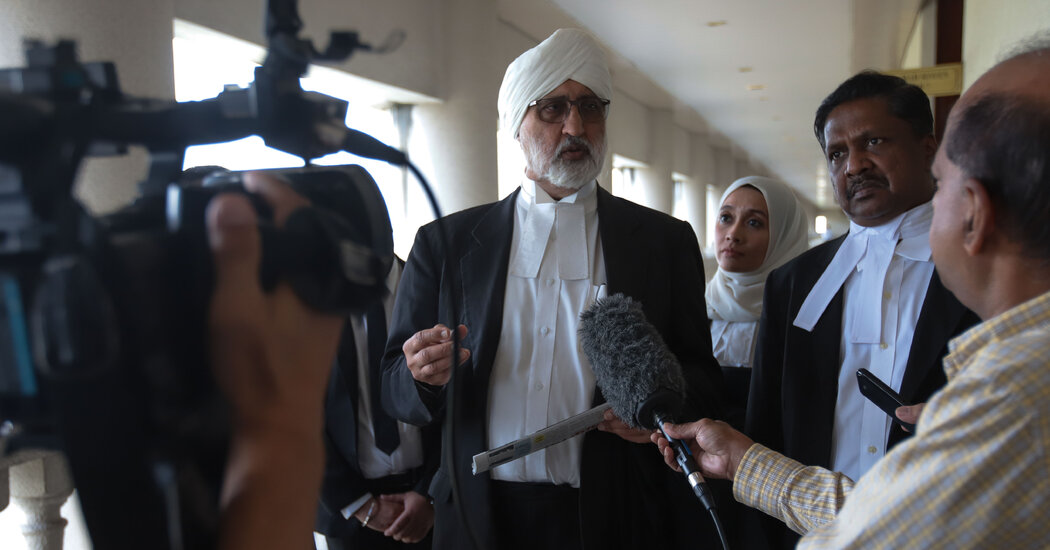 In a ruling last week, Malaysia’s federal court approved the extradition of a North Korean citizen, Mun Chol-myong, rejecting his argument that the case against him was politically motivated and that he was caught in the cross hairs of diplomatic enmity between North Korea and Washington.

Washington has sought to bring Mr. Mun to the United States to face criminal charges that he laundered money through front companies and violated international sanctions by helping to ship prohibited luxury goods from Singapore to North Korea on behalf of the regime in Pyongyang. Mr. Mun was arrested in 2019 in Malaysia, where he had moved from Singapore in 2008.

Mr. Mun was the first North Korean extradited to the United States to face a criminal trial. His extradition is part of Washington’s efforts to crack down on what it has described as widespread sanctions-evading activities by North Korean businessmen and diplomats. Over the years, the United Nations Security Council has imposed a series of increasingly stringent sanctions on North Korea, seeking to strangle the country’s access to foreign currency, which it has used to help finance its nuclear and ballistic-missile programs.

After the incident, the two countries expelled ambassadors from their capitals.

North Korea’s severance of ties with Malaysia will deepen its diplomatic isolation. After the North conducted its sixth and last nuclear test in 2017, in defiance of United Nations resolutions, several countries, including Mexico, Spain and Kuwait, expelled North Korean ambassadors.

Secretary of State Antony J. Blinken and Defense Secretary Lloyd J. Austin III met with their South Korean counterparts in Seoul on Thursday. Afterward, the two allies said they would coordinate their approaches toward North Korea as the Biden administration finalizes its policy review in the next few weeks. Washington said it has tried to establish a diplomatic channel since last month, but that North Korea has not responded.

Choe Son-hui, first vice foreign minister of North Korea, said on Thursday that North Korea felt no need to respond to “the U.S. delaying-time trick,” and that dialogue would only be possible after the United States ended its “hostile policy.”

During his hearing in Malaysia, Mr. Mun, who is in his 50s, denied money laundering or issuing fraudulent documents to support illicit shipments to his home country. His lawyer called him “a pawn caught in the rivalry between the U.S. and North Korea.”

President Biden’s climate envoy, John Kerry, was set to arrive in China on Wednesday, the first Biden administration official to visit the country at … END_OF_DOCUMENT_TOKEN_TO_BE_REPLACED

The New York Botanical Garden, the Children’s Museum of Indianapolis and the Judd Foundation in Marfa, Texas, are among 225 beneficiaries of new … END_OF_DOCUMENT_TOKEN_TO_BE_REPLACED