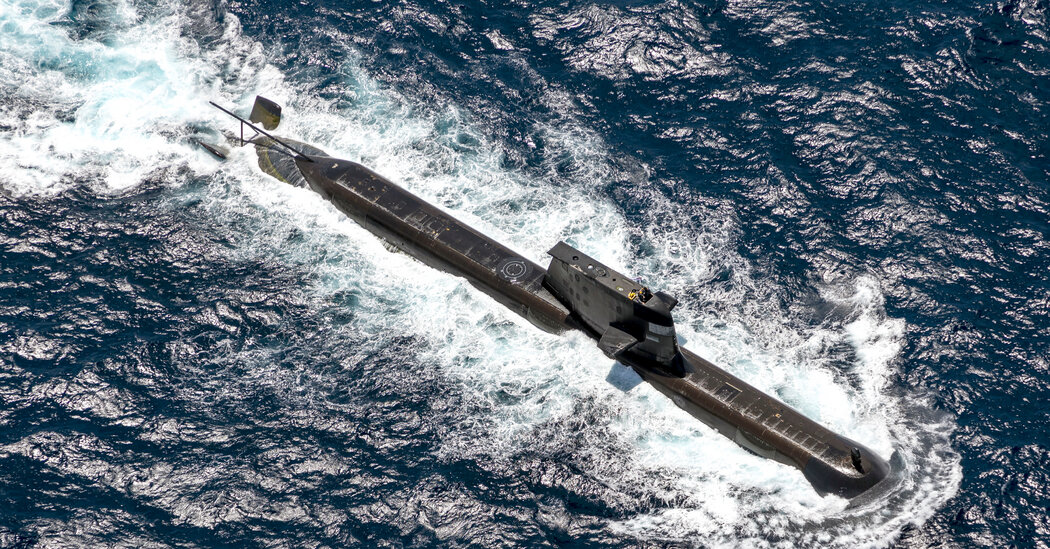 SYDNEY, Australia — When Australia made its trumpet-blast announcement that it would build nuclear-powered submarines with the help of the United States and Britain, the three allies said they would spend the next 18 months sorting out the details of a security collaboration that President Biden celebrated as “historic.”

Now, a month into their timetable, the partners are quietly coming to grips with the proposal’s immense complexities. Even supporters say the hurdles are formidable. Skeptics say they could be insurmountable.

Australia’s prime minister, Scott Morrison, has laid out an ambitious vision, saying that at least eight nuclear-propelled submarines using American or British technology will be built in Australia and enter the water starting in the late 2030s, replacing its squadron of six aging diesel-powered submarines.

For Australia, nuclear-powered submarines offer a powerful means to counter China’s growing naval reach and an escape hatch from a faltering agreement with a French firm to build diesel submarines. For the Biden administration, the plan demonstrates support for a beleaguered ally and shows that it means business in countering Chinese power. And for Britain, the plan could shore up its international standing and military industry after the upheaval of Brexit.

lagged the average for wealthy economies. Its past two plans to build submarines fell apart before any were made.

“We sometimes use the term nation-building lightly, but this will be a whole-of-nation task,” he said. “The decision to go down this path while burning all of our bridges behind us was quite a brave decision.”

American officials have already spent hundreds of hours in talks with their Australian counterparts and have no illusions about the complexities, said officials involved. Mr. Morrison “has said this is a high-risk program; he was upfront when he announced it,” Greg Moriarty, the secretary of the Australian Department of Defense, told a Senate committee this week.

Failure or serious delays would ripple beyond Australia. The Biden administration has staked American credibility on building up Australia’s military as part of an “integrated deterrence” policy that will knit the United States closer to its allies in offsetting China.

“Success would be tremendous for Australia and the U.S., assuming open access to each other’s facilities and what it means in deterring China,” said Brent Sadler, a former U.S. Navy officer who is a senior fellow at the Heritage Foundation. “Failure would be doubly damaging — an alliance that cannot deliver, loss of undersea capacity by a trusted ally and a turn to isolationism on Australia’s part.”

Australia is hoping for a reversal of fortune after more than a decade of misadventures in its submarine-modernization efforts. The plan for French-designed diesel submarines that Mr. Morrison abandoned had succeeded a deal for Japanese-designed submarines that a predecessor championed.

wrote in a recent article critical of Mr. Morrison’s plan.

two Virginia class boats a year for the Navy and are ramping up to build Columbia class submarines, 21,000-ton vessels that carry nuclear missiles as a roving deterrent — a priority for any administration.

A report to the Senate Armed Services Committee last month warned that the “nuclear shipbuilding industrial base continues to struggle to support the increased demand” from U.S. orders. That report was prepared too late to take into account the Australian proposal.

“They are working at 95-98 percent on Virginia and Columbia,” Richard V. Spencer, a Navy secretary in the Trump administration, said of the two American submarine shipyards. He supports Australia’s plan and said his preferred path on the first submarines was to galvanize specialized suppliers to ship parts, or whole segments of the submarines, to assemble in Australia.

“Let us all be perfectly aware and wide-eyed that the nuclear program is a massive resource consumer and time consumer, and that’s the given,” he said in a telephone interview.

said during a Senate committee hearing.

“Spare capacity is very limited,” Trevor Taylor, a professorial research fellow in defense management at the Royal United Services Institute, a research institute, wrote in an email. “The U.K. cannot afford to impose delay on its Dreadnought program in order to divert effort to Australia.”

Adding to the complications, Britain has been phasing out the PWR2 reactor that powers the Astute, after officials agreed that the model would “not be acceptable going forward,” an audit report said in 2018. The Astute is not designed to fit the next-generation reactor, and that issue could make it difficult to restart building the submarine for Australia, Mr. Taylor and other experts said.

Britain’s successor to the Astute is still on the drawing board; the government said last month that it would spend three years on design work for it. A naval official in the British Ministry of Defense said that the planned new submarine could fit Australia’s timetable well. Several experts were less sure.

“Waiting for the next-generation U.K. or U.S. attack submarine would mean an extended capability gap” for Australia, Mr. Taylor wrote in an assessment.

town of 67,000 that is home to Britain’s submarine-building shipyard, are handed iodine tablets as a precaution against possible leaks when reactors are tested. The Osborne shipyard in South Australia, where Mr. Morrison wants to build the nuclear submarines, sits on the edge of Adelaide, a city of 1.4 million.

Australia operates one small nuclear reactor. Its sole university program dedicated to nuclear engineering produces about five graduates every year, said Edward Obbard, the leader of the program at the University of New South Wales in Sydney. Australia would need many thousands more people with nuclear training and experience if it wants the submarines, he said.

“The ramp-up has to start now,” he said.

I expect mortgage rates to rise modestly in December, especially toward the end of the month. As we approach the end of 2021, bond traders will cash … END_OF_DOCUMENT_TOKEN_TO_BE_REPLACED 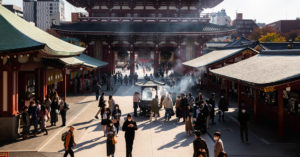 TOKYO — With the emergence of the new Omicron variant of the coronavirus late last week, countries across the globe rushed to close their borders to … END_OF_DOCUMENT_TOKEN_TO_BE_REPLACED