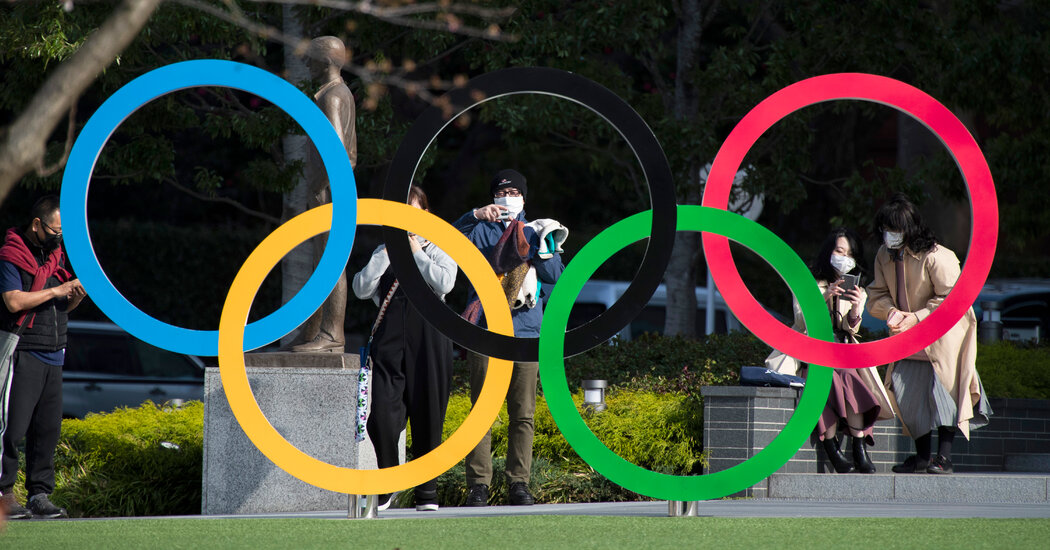 Athletes and officials traveling to the Olympic Games in Tokyo this summer will be offered doses of the Pfizer-BioNTech Covid-19 vaccine before arriving in Japan, the International Olympic Committee said on Thursday, in an effort to reassure the Japanese public about the safety of hosting the event.

The committee said it had struck a deal with the drug makers to send the doses to Olympic and Paralympic Games participants’ home countries, where they will be administered through domestic inoculation programs.

The effort is the latest attempt by Olympic officials and Japanese organizers to assuage the concerns of Japanese people who do not want their country to host the Games during the pandemic. Less than 1 percent of people in Japan have been fully vaccinated against Covid-19, according to a New York Times database, and restaurants, bars and nonessential businesses are closed in several areas, including Tokyo.

The initiative was developed “not only to contribute to the safe environment of the Games, but also out of respect for the residents of Japan,” the committee said in a statement.

would buy doses of a Chinese-made vaccine, there is no requirement for athletes, coaches, officials and others attending the Games to be vaccinated.

In March, China said it would provide vaccines for Olympic participants. But China’s vaccines have not been approved in many countries, and several — including Japan — said they would decline the offer.

The I.O.C. president, Thomas Bach, acknowledged that accepting the vaccine was voluntary, even as he urged competitors to be inoculated. “We are inviting the athletes and participating delegations of the upcoming Olympic and Paralympic Games to lead by example and accept the vaccine where and when possible,” he said.

America is absorbing the shock of another bloody mass shooting, a day after an 18-year-old man wearing body armour and carrying assault rifles entered … END_OF_DOCUMENT_TOKEN_TO_BE_REPLACED

Once home to baseball Hall of Famer Ty Cobb, this estate rests on the eastern shores of Lake Tahoe. Now, 1472 Flowers Ave. is on the market asking … END_OF_DOCUMENT_TOKEN_TO_BE_REPLACED