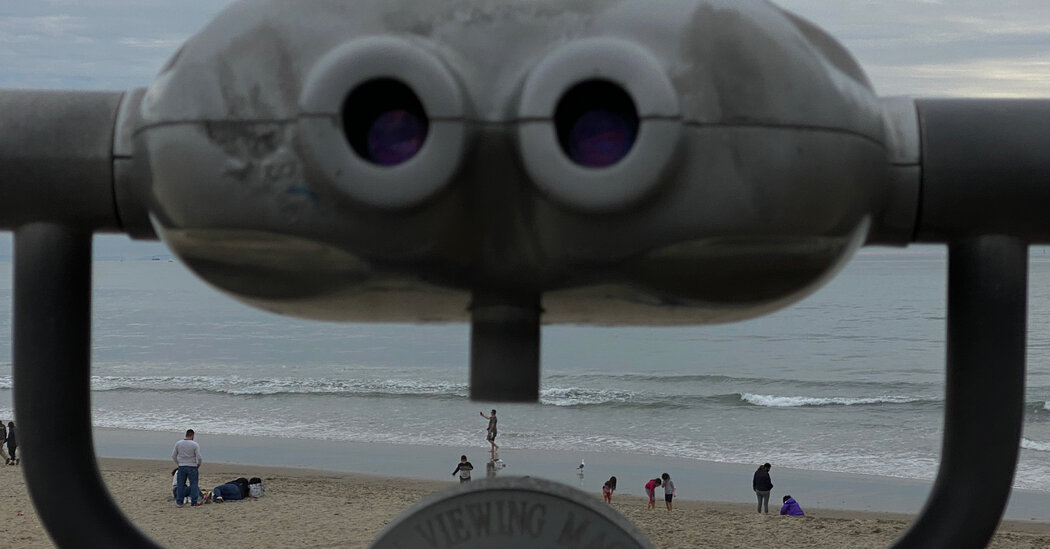 In the year since the pandemic began, people learned to be together while apart and navigated the pain of feeling apart while together. Screens, small and large, became crucial links to the rest of the world.

Memories of a prepandemic world, where people could stand shoulder to shoulder with faces bare, began to feel like dreams — as did moments of unexpected connection.

Engagements and pregnancy announcements seemed to pop up constantly on social media. And there were plenty of weddings.

increased. Eventually, emotional and physical needs began to weigh heavy, and people across the country found ways to meet and hook up within the confines of their comfort.

mental health pandemic.” In one study, almost one-third of the teens interviewed said they had felt unhappy or depressed.

put off plans that had been years in the making, like travel and volunteer work. Inside nursing homes, Covid-19 outbreaks became all too regular, with more than 163,000 residents and workers dying of the virus.

Delivery drivers dealt with health risks, theft and assault. Airline workers who weren’t furloughed had to confront passengers who refused to wear masks.

Perhaps no group of workers felt as isolated as those in medical care. In the spring, hospital staff around the country dealt with the gut-wrenching horrors of a steep surge in cases. But the stress didn’t relent when the case numbers did, and it grew again as infections rose in the fall. Doctors and nurses agonized over putting their families at risk, and dealt with intense burnout and pay cuts. Some said that being characterized as heroes by the public left them little room to express vulnerability.

more than 500,000 Americans had died from Covid-19, a toll higher than in any other country. The world’s struggle to contain the coronavirus was often compared to a war; in this case, the enemy claimed more Americans than World War I, World War II and the Vietnam War combined. All told, by March, one in three Americans had lost someone to the virus.

Grief and loss defined the last year. Around the world, the virus has taken millions of lives and left the mourning deprived of the usual rites. Funerals and final goodbyes took place over video calls, if at all. Widows and widowers joined online bereavement groups to process the pain of loss in isolation.

promised that there will be enough vaccine doses for every American adult by May, and the Centers for Disease Control and Prevention announced that vaccinated people can begin gathering indoors again — a sign that people will soon be finding their way back to each other.

GREENVILLE, N.C.--(BUSINESS WIRE)--Employers aiming to win the war on talent have a new “A” team to tap into: college and professional athletes. … END_OF_DOCUMENT_TOKEN_TO_BE_REPLACED

Mortgage rates are likely to rise in July, extending a seven-month streak. High inflation, and the Federal Reserve's efforts to control it, have … END_OF_DOCUMENT_TOKEN_TO_BE_REPLACED