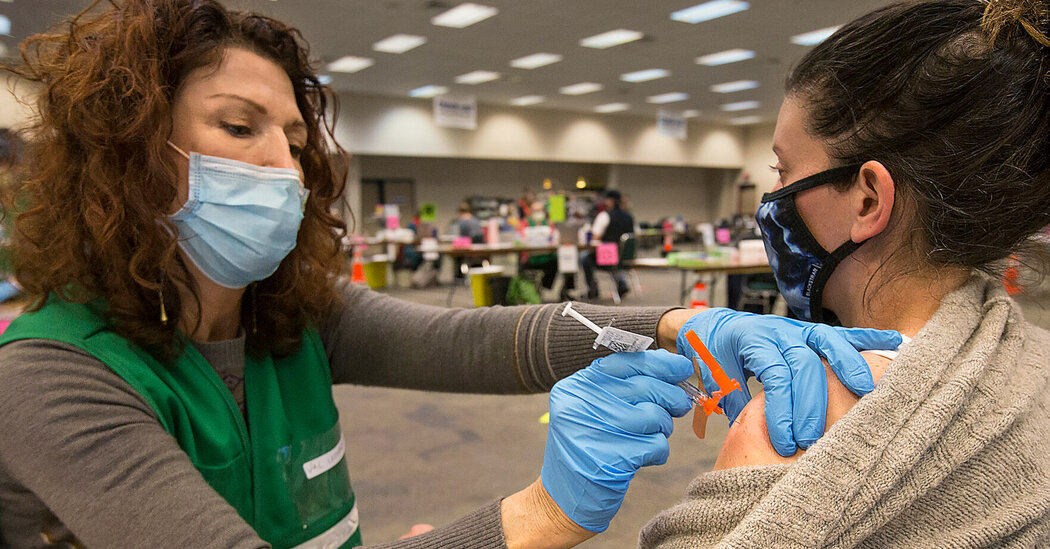 While some states are offering residents incentives like savings bonds or sports tickets to encourage them to be vaccinated, a few are making a very different pitch: The sooner you get a shot, the sooner the state will fully reopen.

The latest is Oregon, where the governor said on Tuesday that the state’s remaining restrictions would stay in place until at least 70 percent of eligible residents 16 and older had had at least one shot.

“We still have some work to do to reach our 70 percent goal, but I am confident we can get there in June and return Oregon to a sense of normalcy,” said Gov. Kate Brown, a Democrat.

Oregon, where 49 percent of residents have had at least one dose, is one of the few states that is explicitly tying lifting its indoor mask requirement to the adult vaccination rate. Michigan, Minnesota and Pennsylvania also are awaiting the 70 percent threshold before moving forward with reopening plans.

President Biden has called for 70 percent of adults to have at least one dose by July 4. Jeffrey Zients, Mr. Biden’s Covid response coordinator, said that the goal should be to achieve some sense of normality by hitting that target. Reaching 70 percent will create “a pattern of decreasing cases, hospitalizations and deaths and take us down to a sustainable low level,” he said this week.

The Bay Area is the last place in the U.S. with rental prices below pre-pandemic levels, according to a new report from Apartment List. That seems … END_OF_DOCUMENT_TOKEN_TO_BE_REPLACED

BUCHA, Ukraine — A breeze rustles through the cherry blossoms in bloom on almost every block in this small city, the white petals fluttering onto … END_OF_DOCUMENT_TOKEN_TO_BE_REPLACED