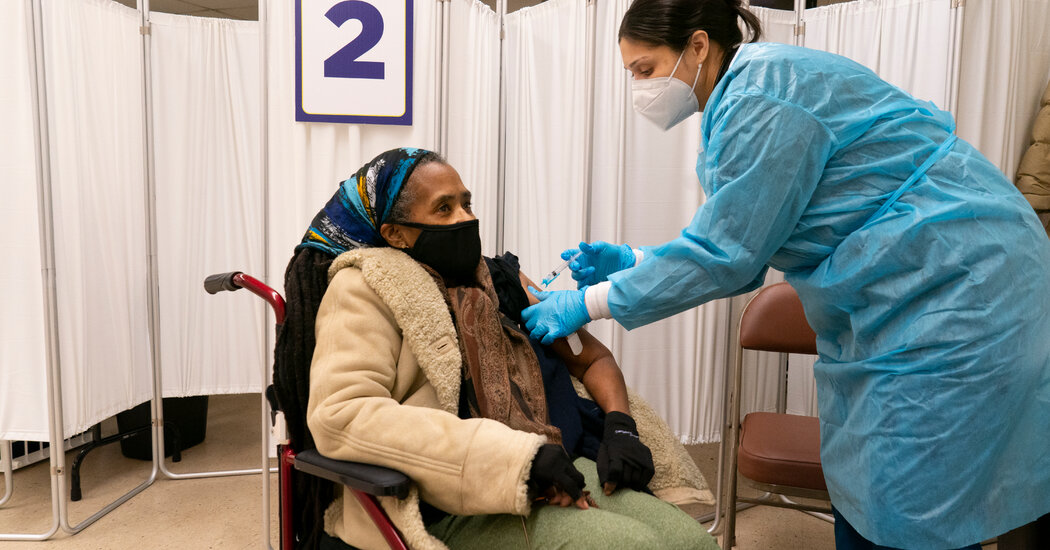 President Biden’s call for every adult American to be eligible for a coronavirus vaccine by May 1 comes at a time when doses are being administered at an accelerated pace.

The increased pace of inoculations comes as vaccine production has ramped up. Mr. Biden’s team has made key decisions that quickened the manufacturing and distribution, though some of that success is owed to the Trump administration which had a vaccine production effort in place when Mr. Biden assumed office.

But now that the vaccine supply is getting closer to meeting the demand of the eligible, the country faces the challenge of getting all those shots into arms, an operation that requires not only enough doses, but also improving access to communities of color, as well as space, manpower and messaging to convince Americans wary for a variety of reasons that getting vaccinated is safe and effective.

More and more states have also been expanding the criteria for people now eligible to sign up for vaccines as well.

Since the vaccination campaign began in December, 101 million doses have been administered across the country, according to the Centers for Disease Control and Prevention. The number of shots had been gradually increasing, and since Jan. 20, more than 84 million doses that have been administered as of Thursday. The president initially set a goal of 100 million shots in his first 100 days in office and, later, said he was aiming for an average of 1.5 million shots per day. At the current pace of 2.3 million shots a day, the country would surpass the point of 100 million shots during his administration in about a week.

In mid-February, Mr. Biden said there should be enough vaccine supply available to any adult in the country by the end of July. By early March, he said that timeline moved up to the end of May. Mr. Biden also recently announced that his administration would secure an additional 100 million doses of the Johnson & Johnson single-shot vaccine by the end of this year, a boost that could eventually make the vaccines available to children. The additional doses could also be used for booster shots, if necessary.

Getting the country vaccinated has become a race against time, with new variants emerging around the country and state leaders becoming antsy to ease restrictions as the weather gets warmer. Mr. Biden’s health team has warned that now is not the time to lift restrictions, especially leaving in place mask mandates that have shown to successfully stem the spread of infections.

“We need everyone to keep washing their hands, stay socially distanced, and keep wearing the mask as recommended by the C.D.C.,” Mr. Biden said during a national address on Thursday. “Because even if we devote every resource we have, beating this virus and getting back to normal depends on national unity.”

SAN FRANCISCO — Cleve Jones has lived in the Castro neighborhood for nearly 50 years, almost from the day he graduated from high school in Phoenix and … END_OF_DOCUMENT_TOKEN_TO_BE_REPLACED

A home inspection can spare you from unpleasant surprises after you buy. After crunching the numbers, searching your favorite neighborhoods, and … END_OF_DOCUMENT_TOKEN_TO_BE_REPLACED