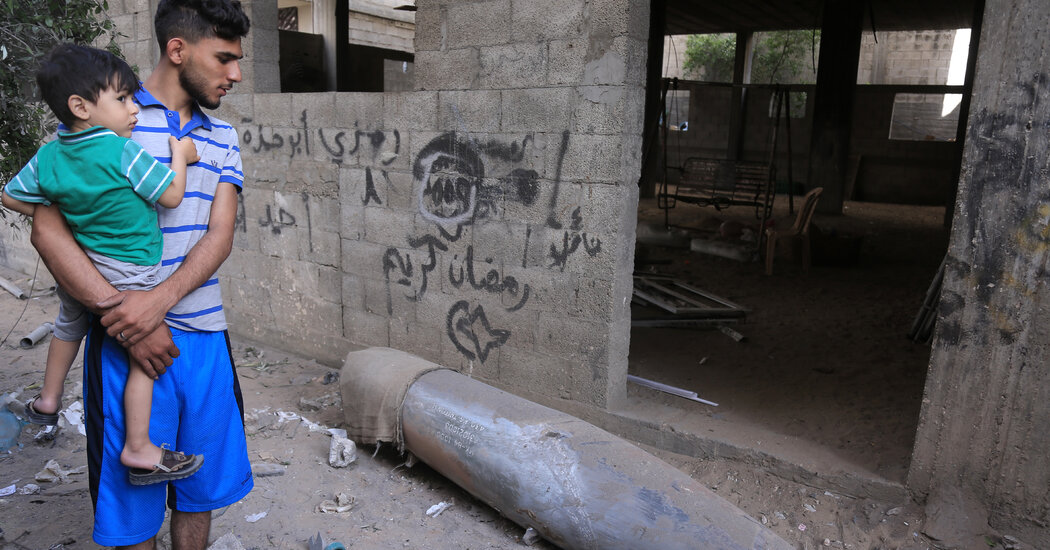 Palestinians in the Gaza Strip, the West Bank and Israel live under different governments and have increasingly developed separate identities. But on Tuesday, Palestinian activists hope to unite people across the three territories in a general strike to protest Israel’s air campaign in Gaza and other measures targeting Palestinians.

The initiative also has the backing of both Hamas, the militant group that rules Gaza, and Fatah, the ruling party of the Palestinian Authority that exercises limited self-autonomy in parts of the West Bank.

Over the past week, militant groups in Gaza have fired thousands of rockets toward Israel, killing at least 10 Israeli residents, while Israel has pounded Gaza with airstrikes, which have claimed the lives of more than 200 Palestinians, including dozens of children, even though the army has said it means only to target Hamas military sites and personnel.

On Monday, social media was flooded with calls on Palestinians to participate in the strike and a billboard encouraging Palestinian citizens of Israel to take part was seen in Nazareth, the largest Arab-majority town in Israel.

In the West Bank, the Palestinian Authority declared that a large number of its employees would participate in the strike.

Mr. Bakr said marches would take place in the West Bank, Gaza and Israel at 2 p.m. local time. The protesters in the West Bank were planning to head to dozens of areas near where there are Israeli security forces, he said, and clashes were expected.

The Seattle Seahawks are very much still in the running for Baker Mayfield. (Photo by Stacy ... [+] Revere/Getty Images) Getty Images The Seattle … END_OF_DOCUMENT_TOKEN_TO_BE_REPLACED

(CNN) — Kim Kyung-seop recalls going to cheap bars after class with his friends, where they binged on as much makgeolli as possible. "You know the … END_OF_DOCUMENT_TOKEN_TO_BE_REPLACED