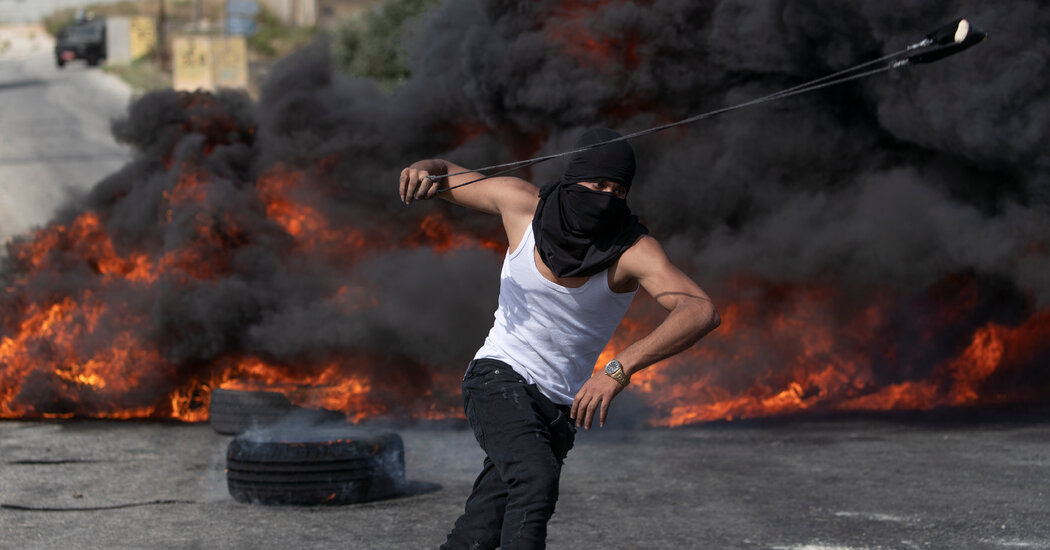 RAMALLAH, West Bank — Less than 12 hours after the rockets and airstrikes stopped on Friday, tear gas veiled Jerusalem’s Al Aqsa Mosque and Israeli security forces stormed the holy compound, an echo of the police raids two weeks ago that preceded the deadliest fighting between Israelis and Palestinians in years.

In a Jerusalem neighborhood overlooking the mosque, the Israeli police tried to contain a crowd of hundreds of Palestinians carrying the flag of Hamas, the militant group that controls Gaza. The police used stun grenades to chase away protesters who had thrown stones and fireworks at them.

And across the West Bank, Israeli soldiers used rubber bullets and live rounds to disperse Palestinians demonstrating after Friday prayers. In all, the Red Crescent said, 97 Palestinians were injured in the West Bank and Jerusalem on Friday.

An Egyptian-brokered cease-fire between Hamas and Israel might have hit pause on the formal hostilities of the last 11 days. But the unrest made clear that Palestinians still felt they had plenty to fight for: If anything, the war had only inflamed the Palestinian quest for greater rights and recognition, demonstrators said, with the truce doing next to nothing to address the broader inspiration for the rocket fire and stone-throwing.

Sheikh Jarrah, the East Jerusalem neighborhood where several Palestinian families’ fight to stave off eviction has become a rallying cry.

“Just because there’s a cease-fire, doesn’t mean the death & destruction has ended, doesn’t mean the blockade is lifted, doesn’t mean those who lost their entires families will be rectified,” Mohammed el-Kurd, whose family lives in one of the Sheikh Jarrah homes, tweeted. “We must continue to our campaign to end the brutal siege and colonialism.”

rallied to the Palestinian cause, forcing a small but meaningful shift in, among other places, the political debate over Israel and the occupied territories among Democrats in the United States.

“I believe that this war has reintroduced our conflict to the world,” Mr. Khalil said, “and has once again illustrated our struggle.”

The lawsuits argue that state constitutions offer more protection for abortion than the federal constitution, either by quirk of state tradition or … END_OF_DOCUMENT_TOKEN_TO_BE_REPLACED

An affordable center-chimney Colonial in Glastonbury, CT, is the oldest property to hit the market this week on Realtor.com®.Offered at a steep … END_OF_DOCUMENT_TOKEN_TO_BE_REPLACED