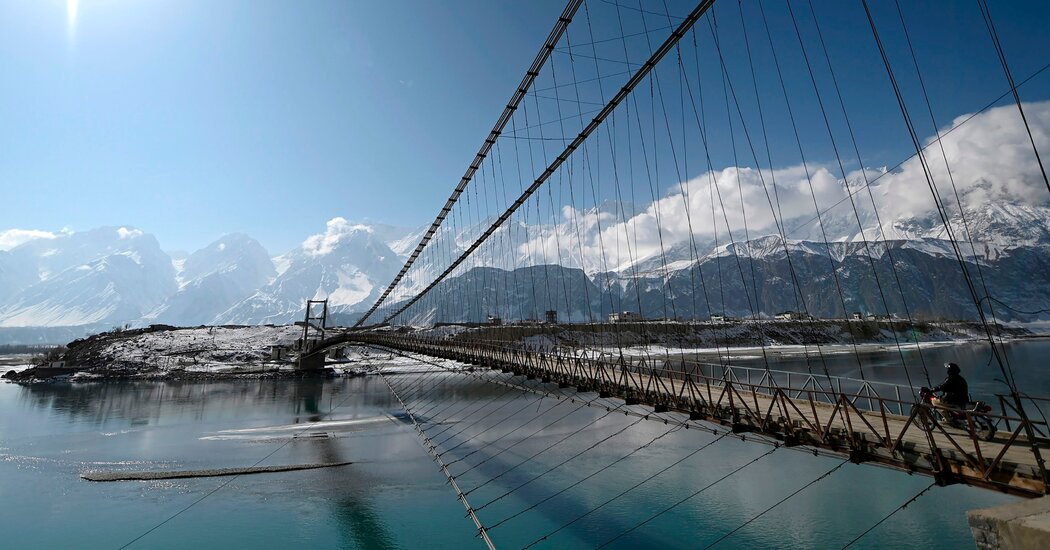 Cleaner skies over South Asia that resulted from pandemic lockdowns last year likely affected the timing of snowmelt in the Indus River basin of Pakistan and India, researchers reported on Monday.

The lockdowns cut emissions of soot and other pollutants, as people drove less and the generation of electricity, largely from coal, was reduced. That meant less soot was deposited on snow, where it absorbs sunlight, emits heat and causes faster melting.

The cleaner snow in 2020 reflected more sunlight and did not melt as fast, the researchers said. In all, that delayed runoff into the Indus River of more than than one and a half cubic miles of melt water, they calculated, similar to the volume of some of the largest reservoirs in the United States.

Several studies showed rapid improvements in air quality in that period, particularly in and around Delhi, which is notorious for having some of the most unhealthy air in the world.

A paper describing the findings was published in Proceedings of the National Academy of Sciences.

Mark Flanner, an atmospheric scientist at the University of Michigan who was not involved in the study, said the results made sense. “We know that the air was extremely clean this year,” he said. “The shoe fits the foot.”

Dr. Bair said the work showed how changes in behavior, for whatever reason, can affect water supplies. Worldwide, about two billion people rely on snow and ice melt for their water. More broadly, Dr. Flanner said, the study is “further evidence that cleaning up the environment can have a wide variety of positive benefits that we might not immediately be aware of.”

The study adds to a growing body of work on what might be called the side effects of the pandemic. Among other findings, researchers have documented an overall reduction in greenhouse gas emissions, a shift in timing of energy use in locked-down households, and even an increase in eye injuries among children because of the widespread use of hand sanitizer.

Air quality readings “are back to being terrible” in Delhi, Dr. Bair said. With the recent severe surge in Covid cases in India, Delhi and some other cities are back in lockdown, at least for a few weeks. But when the new stay-home orders are eventually lifted, any effect of the pandemic on Indus melt water will most likely only be temporary.

Whether you optimistically hope that mortgage rates will decline or are resigned that rates will stay elevated above the historic lows of 2021, you … END_OF_DOCUMENT_TOKEN_TO_BE_REPLACED

A resident of Nikopol, Ukraine, in her backyard last month, with smoke rising from an area on the opposite bank of the Dnipro River. Credit...David … END_OF_DOCUMENT_TOKEN_TO_BE_REPLACED