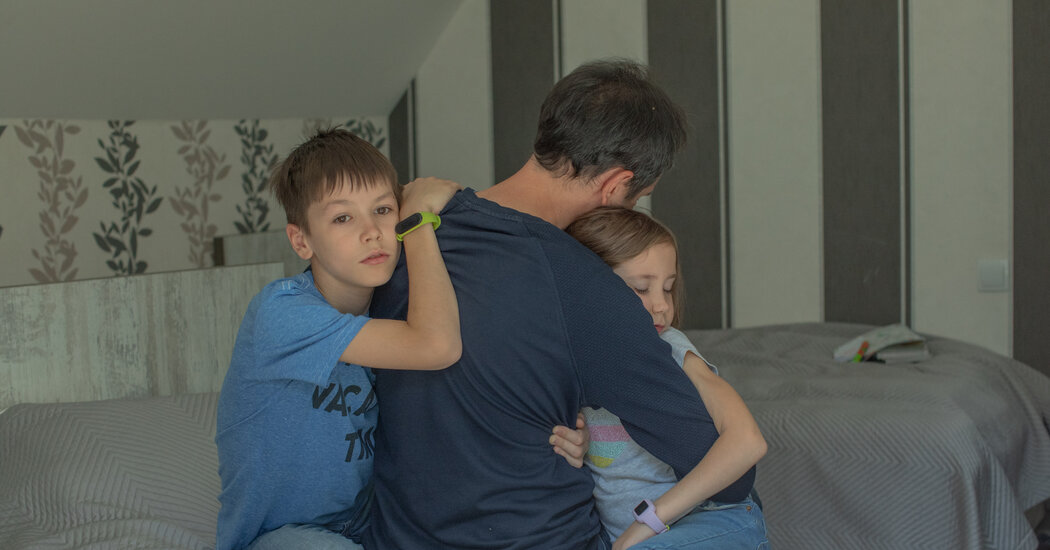 “He began to threaten me that he would call the military enlistment office and they would come get me.”

Artyom has grim memories of his year of required service in the army.

“Here you are, sitting in a trench, hugging a gun,” he said. “During a night like that you understand a lot, you realize a lot. After serving in the army, I decided for myself that I am a pacifist, and that war is bad. It’s terrible.”

After Mr. Putin’s call-up, a draft notice was issued for Artyom, a programmer, but he had other ideas. He, his wife and another couple drove south from Moscow.

Near the village of Urukh, about two hours from the border, they came to their first police checkpoint. There, an officer asked if Artyom wanted to be drafted.

“He began to threaten me that he would call the military enlistment office and they would come get me,” he said. Instead, he agreed to “negotiate.”

That was the first of many bribes Artyom paid throughout the drive, totaling 100,000 rubles — more than $1,600, far above the average Russian monthly salary of around 62,000 rubles. Some were to Ossetians, an ethnic group in the Caucasus, who helped navigate police stops.

“At one intersection, a policeman saw the Moscow license plates on our car and began to threaten that he would turn us back,” he said. “We offered to negotiate. He pretended that he was not interested in all this, but in fact, he just spins for money.”

When they finally arrived, the line of cars at the border stretched more than five miles, he said. So Artyom and the other man grabbed their jackets, left their wives in the car and ran for the border. The line there was tense.

“Everyone was emotional,” he said. “People were arguing, screaming.”

Still, they got through. Three days later, they were still waiting for their wives to arrive with the car.

AUSTIN, Texas--(BUSINESS WIRE)--As the first multifamily management company to be recognized in the Public Relations and Marketing Excellence Awards, … END_OF_DOCUMENT_TOKEN_TO_BE_REPLACED

There have been whispers of cooling housing and rental prices in the San Francisco Bay Area, but that hasn't yet translated into practical, noticeable … END_OF_DOCUMENT_TOKEN_TO_BE_REPLACED

Cars pass in Independence Square at twilight in Kyiv, Ukraine, Monday, Oct. 31, 2022. Rolling ... [+] blackouts are increasing across Ukraine as the … END_OF_DOCUMENT_TOKEN_TO_BE_REPLACED