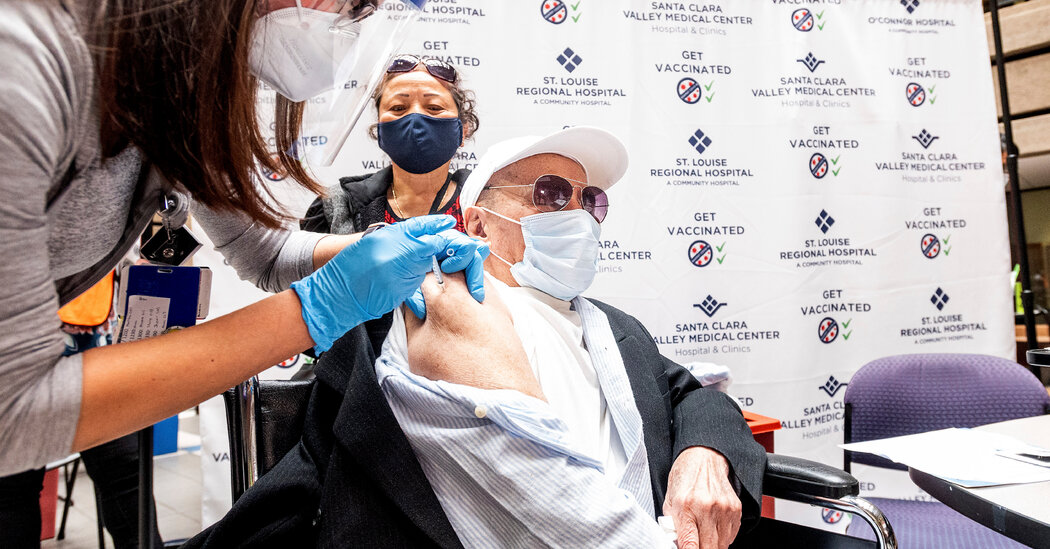 Pfizer and the German company BioNTech have become the first companies to apply to the U.S. Food and Drug Administration for full approval of their Covid-19 vaccine for use in people 16 and older. The vaccine is currently being administered to adults in America under an emergency use authorization granted in December.

The approval process is likely to take months.

The companies said in a statement on Friday that they had submitted their clinical data, which includes six months of information on the vaccine’s safety and efficacy, to the F.D.A. They plan to submit additional material, including information about the manufacturing of the vaccine, in the coming weeks.

“We are proud of the tremendous progress we’ve made since December in delivering vaccines to millions of Americans, in collaboration with the U.S. government,” Dr. Albert Bourla, Pfizer’s chief executive, said in the statement. “We look forward to working with the F.D.A. to complete this rolling submission and support their review, with the goal of securing full regulatory approval of the vaccine in the coming months.”

As of Thursday, more than 134 million doses of the vaccine had been administered in the United States, according to the Centers for Disease Control and Prevention. Full approval would allow Pfizer and BioNTech to market the vaccine directly to customers.

said in December that employers could mandate vaccination, and legal experts have generally agreed.

Many companies have been hesitant to require the vaccines, especially while they have only emergency authorization, which is designed to be temporary. Some institutions, like the University of California and California State University systems, have said that they would do so only after a vaccine has full approval.

Full approval could also prompt the U.S. military, which has had low uptake of Covid-19 vaccines, to mandate vaccinations for service members.

If the F.D.A. grants full approval, it could also help raise confidence in the vaccine. The pace of vaccination has slowed in the United States in recent weeks, and a recent national survey indicated that most people in the country who planned to get the shots had already done so.

Moderna plans to apply for full approval for its Covid-19 vaccine this month, the company said during its quarterly earnings call on Thursday.

The Seattle Seahawks are very much still in the running for Baker Mayfield. (Photo by Stacy ... [+] Revere/Getty Images) Getty Images The Seattle … END_OF_DOCUMENT_TOKEN_TO_BE_REPLACED

(CNN) — Kim Kyung-seop recalls going to cheap bars after class with his friends, where they binged on as much makgeolli as possible. "You know the … END_OF_DOCUMENT_TOKEN_TO_BE_REPLACED