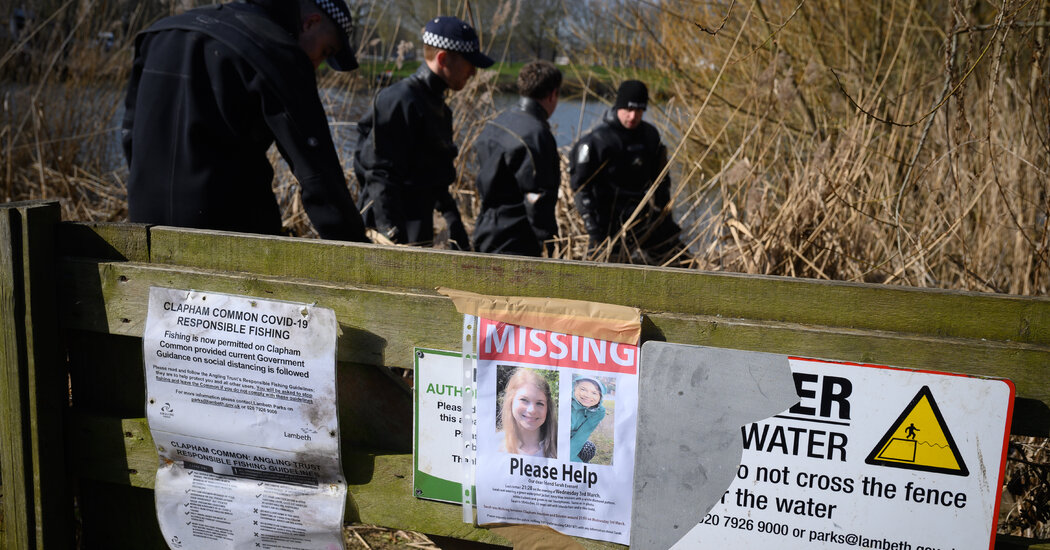 LONDON — A London police officer was arrested on Tuesday in connection with the disappearance of a woman who went missing last week as she was on her way home in the southern part of the city.

Sarah Everard, 33, left a friend’s house on the evening of March 3 and was last spotted on CCTV in the Clapham neighborhood, according to the Metropolitan Police.

In the week since she was last seen, officers have searched more than 750 houses in South London, extended patrols in the area and urged witnesses to come forward, but the arrest was the most significant development in the case, the police said.

The officer was arrested in Kent, in southeastern England. He was taken into custody along with a woman who was arrested at the same location on suspicion of assisting an offender, the police said, without providing further details about the suspect’s alleged involvement in the case.

have acknowledged that “too many women feel unsafe when traveling, working or going out at night,” little has been done to make the streets safer during the lockdown, when walking is one of the few activities that residents are allowed to do in public.

“Sarah’s disappearance feels so close to the bone because every time women walk alone after dark, however subconsciously, we carry the fear that something awful might happen,” Marisa Bate, a freelance writer, said on Twitter.

said, “When people are no longer safe walking home through residential streets of South London isn’t it time for lockdown to end??”

This week, officers searched ponds in Clapham Common and cordoned off a block of apartment buildings near where Ms. Everard disappeared, British news outlets reported. The police were also searching several woodland areas and places in Kent, around 70 miles southeast of London.

London has nearly 700,000 CCTV cameras, according to one estimate, and throughout the week the Metropolitan Police have urged residents to check their private security systems.

“We have seized a number of CCTV recordings, but we know that there are likely to be many more out there,” Detective Chief Inspector Katherine Goodwin said in a statement. “Please, even if you’re not sure, check your doorbell or CCTV footage just in case it holds a clue.”

Pictures released by the Metropolitan Police show Ms. Everard on the night of her disappearance, wearing a green coat and white and blue pants. She also seemed to have been wearing green earphones and a white hat, the police said.

Detective Goodwin said on Tuesday that the case was still being treated as a missing person investigation.

“I want to remain clear that at this time we have no information to suggest that Sarah has come to any harm,” she said. “And we retain an open mind as to the circumstances.”

DALLAS — The rollback of abortion rights has been received by many American women with a sense of shock and fear, and warnings about an ominous … END_OF_DOCUMENT_TOKEN_TO_BE_REPLACED

The poshest place in California's Coachella Valley is The Madison Club. This exclusive gated community in La Quinta is where A-listers and tycoons … END_OF_DOCUMENT_TOKEN_TO_BE_REPLACED