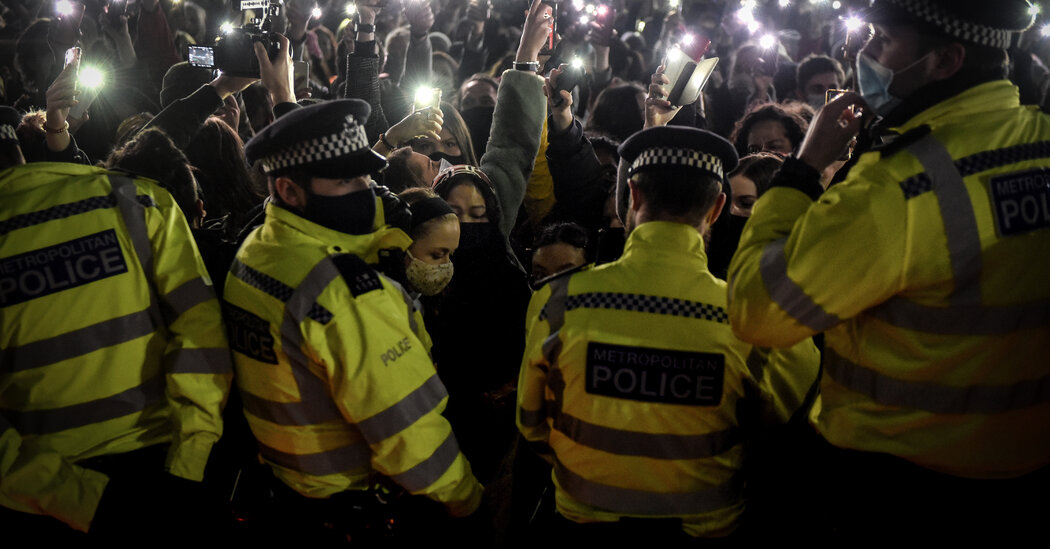 It added that “public confidence in the Metropolitan Police suffered as a result of the vigil,” and noted the effect of the images of the officers arresting women.

“A more conciliatory response after the event might have served the Met’s interests better,” investigators said. One line in the report was particularly critical of the “chorus of those condemning the Metropolitan Police, and calling for the resignation of the commissioner, within hours of the arrests,” which it called unwarranted.

It said that while “a certain degree of uninformed commentary, particularly on social media, is inevitable, in this case some of the leading voices were those in positions of some responsibility,” appearing to take aim at politicians, some of whom had called for the leader of the Metropolitan Police, Cressida Dick, to step down.

The reaction to the investigation, commissioned by the mayor of London, Sadiq Khan, and the Home Office, the government ministry that oversees policing, has been mixed.

Mr. Khan, who previously said he was “surprised and angry” at the police response, said that he accepted the report, in a statement to The Mirror.

But, he added, “It is clear that trust and confidence of women and girls in the police and criminal justice system is far from adequate.”

Others were more critical. Bell Ribeiro-Addy, a lawmaker from the opposition Labour Party who represents a district around the site of the vigil, said she would welcome further reviews because the report “will offer little reassurance to my constituents” and others who saw “video footage of the disgraceful scenes.”

SAN FRANCISCO — Cleve Jones has lived in the Castro neighborhood for nearly 50 years, almost from the day he graduated from high school in Phoenix and … END_OF_DOCUMENT_TOKEN_TO_BE_REPLACED

A home inspection can spare you from unpleasant surprises after you buy. After crunching the numbers, searching your favorite neighborhoods, and … END_OF_DOCUMENT_TOKEN_TO_BE_REPLACED