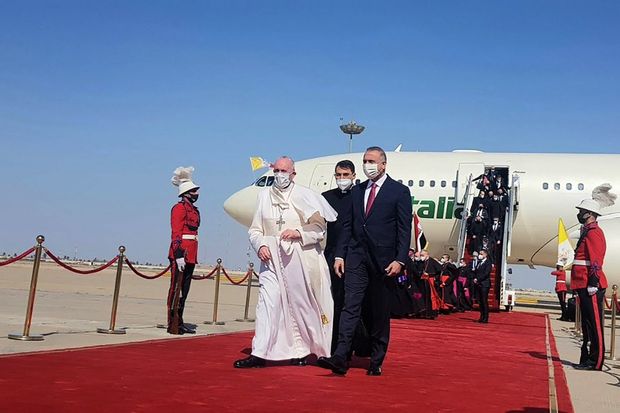 BAGHDAD— Pope Francis called for equal rights for Christians and other minorities in Iraq at the start of a densely scheduled visit fraught with public-health and security risks.

Support for Iraq’s beleaguered and dwindling Christian community, which the pope has called a “martyr church,” is a major theme of this weekend’s extraordinary trip.

In his first trip outside of Italy in more than a year, Pope Francis is also seeking to support Iraq’s beleaguered Christian minority and pursue his signature cause of better relations with the Muslim world, despite the country’s spike in Covid-19 infections and continuing violence.

“It is essential to ensure the participation of all political, social and religious groups and to guarantee the fundamental rights of all citizens. May no one be considered a second-class citizen,” the pope said in a speech at Baghdad’s presidential palace on Friday. Calling for a “healthy pluralism” in the Muslim-majority county, Pope Francis drew attention to “the age-old presence of Christians in this land, and their contributions to the life of the nation.”

The pope is one of the first world leaders to resume high-profile international visits since the start of the coronavirus pandemic. Iraq has long been high on Pope Francis’ list of countries to visit, but the timing of the trip has caused consternation among Vatican officials. Iraq’s government has arranged heavy security, with soldiers lining the streets of Baghdad where the pope’s convoy passed.

The pope told reporters accompanying him on his flight from Rome that his visit was a “duty toward a country that has been martyred for so many years.” He also said he was happy to be resuming papal travel after a 15-month hiatus imposed by the pandemic.

“I am coming as a pilgrim, as a penitent pilgrim, to implore from the Lord forgiveness and reconciliation after years of war and terrorism, to beg from God the consolation of hearts and the healing of wounds,” Pope Francis said in a video message broadcast on Iraqi television Wednesday night.

Rockets struck a military base used by U.S. military forces in Iraq on Wednesday, leading to the death of a U.S. civilian contractor who died of a heart attack while sheltering from the attack. In February, a rocket attack on a U.S. military base in Iraqi Kurdistan killed a civilian U.S. contractor and injured nine others.

The Vatican has said that during his visit the pope would travel in an armored car and hold only one large event, a Mass in a soccer stadium on Sunday, with social distancing among the attendees to protect against contagion.

“When the pope takes a trip, there are always apprehensions and dangers, but if one considered only these aspects one would never go anywhere,” said Cardinal Fernando Filoni, a former Vatican envoy to Iraq who is traveling with Pope Francis this weekend.

“We are checking all the roads the pope will be taking and checking all the places he will be. We have set up multiple rings of security around such places, especially during the Masses the pope is going to hold,” the general told Iraqi state television Wednesday.

On his visit to the Middle Eastern state, the pontiff is seeking to support Iraq’s Christian minority and pursue better relations with the Muslim world

Pope Francis delivered a sermon Friday at a Catholic cathedral in the capital Baghdad at the start of his first papal visit to Iraq.

“Your insistence on visiting Iraq despite the difficulties of the pandemic, and the hard times witnessed by our country, doubles the value of the visit to Iraqis,” President Barham Salih said Friday while meeting the pope.

After meeting with the president and other dignitaries at Baghdad’s presidential palace, Pope Francis was scheduled to give another speech to clergy and nuns at a Catholic cathedral, the site of a 2010 massacre by Islamic State terrorists that left 48 dead.

Earlier this week, workers were busy repaving the streets around the cathedral in preparation for the visit.

“After doing nothing all these years, suddenly the government wants to do everything within a few days,” said a neighborhood resident, Salim Mahmood. “Not for our sake, only to look good in front of the pope.”

In both of his speeches on Friday, the pope is likely to address the plight of Iraq’s Christians, whose numbers have dropped from an estimated 1.4 million before the U.S.-led invasion in 2003 to 250,000 or fewer today.

“My dear Christian brothers and sisters, who have testified to your faith in Christ amid harsh sufferings: I wait with trepidation to see you,” the pope said in his televised address. “You still have before your eyes the images of homes destroyed and churches profaned, and in your hearts you still bear the wounds of affections left behind and dwellings abandoned.”

The defeat of Islamic State in 2017 brought an end to the group’s three-year occupation of the Christian heartland on the Nineveh Plain, which the pope will visit on Sunday, but Iran-backed militias and Kurdish security forces seeking to control the area have impeded many Christians from resettling there.

Christian leaders say that official and unofficial discrimination makes Christians and other minorities second-class citizens in the country, which is 98.5% Muslim. Under Iraqi law, conversion from Islam to other religions is prohibited, Muslim women may not marry non-Muslims, and children of Christian mothers and Muslim fathers must be registered as Muslims.

“If the authorities appreciate the presence of Christians, as I think they do, then they need to make laws, not to give them privileges, but to defend their rights as citizens,” Cardinal Filoni said.

The pope will also use the visit to promote better relations with Islam, especially on Saturday, when he is due to meet with Grand Ayatollah Ali al-Sistani, the most influential leader of Iraq’s Shiite Muslims, and attend an interfaith event at the ancient city of Ur, believed to be the home of Abraham, the forefather of Judaism, Christianity and Islam.

Most of Iraq’s secular and religious leaders have welcomed the pope in their public statements. A contrasting note came Wednesday from Abu Ali al-Askari, a spokesman for Kata’ib Hezbollah, one of the largest Iranian-allied militant groups in Iraq and one of the groups that the U.S. bombed in retaliation for last month’s rocket attack.

“We must not be overly optimistic about the visit of the ‘Pope of the Vatican’ and that he will make our lands cool and safe,” Mr. Askari wrote. “He should reform his state—the area of which is no more than that of a single sector of Sadr City in Baghdad—before reforming the lands of others.” 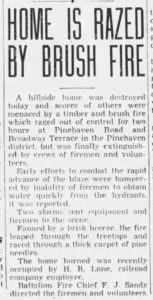 A hidden log cabin in the middle of one of the Bay Area's most expensive neighborhoods is going cheap.The Oakland hills and Piedmont's 94611 ZIP code … END_OF_DOCUMENT_TOKEN_TO_BE_REPLACED 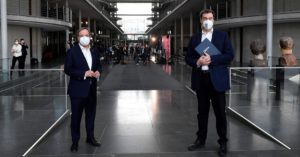 BERLIN — With less than six months to go before Germans cast their ballots for a new chancellor, the political vacuum Angela Merkel leaves behind … END_OF_DOCUMENT_TOKEN_TO_BE_REPLACED 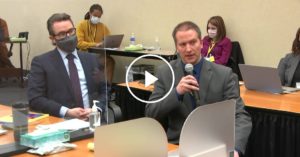