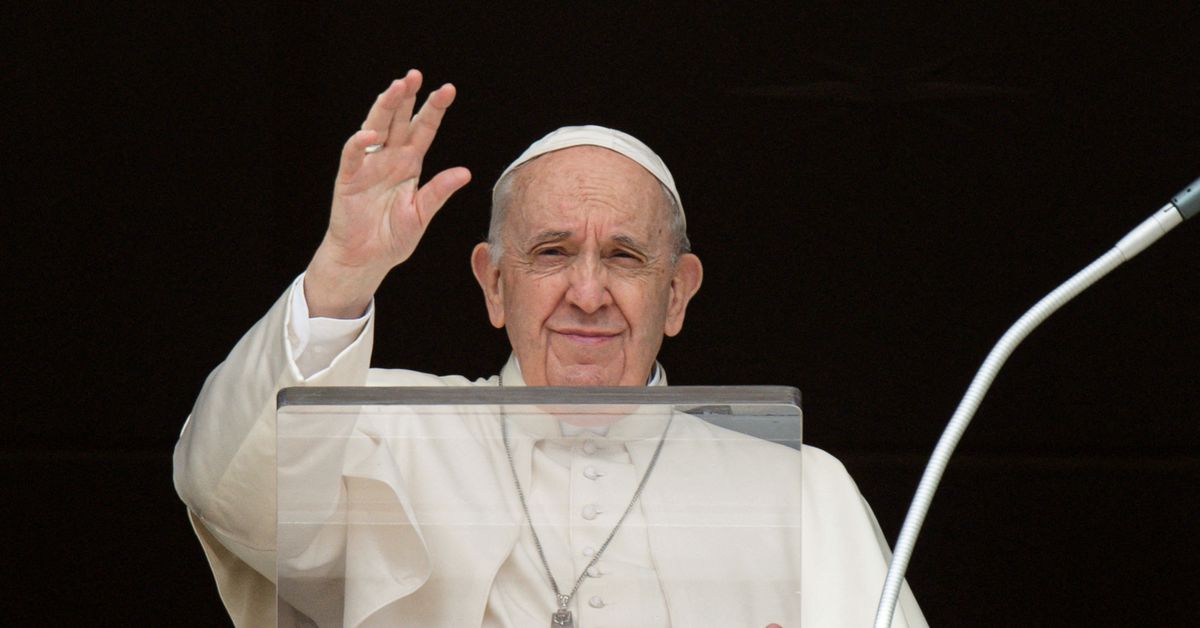 Pope Francis leads the Angelus prayer from the window of the Apostolic Palace at the Vatican, March 27, 2022. Simone Risoluti/Vatican Media/­Handout via REUTERS

VATICAN CITY, March 27 (Reuters) – The threat of a global conflict spawned by Russia’s invasion of Ukraine should convince everyone that the time has come for humanity to abolish war before it abolishes humanity, Pope Francis said on Sunday.

“More than a month has passed since the invasion of Ukraine, since the start of this cruel and senseless war, which, like every war, is a defeat for everyone, for all of us,” he said to thousands of people in St. Peter’s Square for his Sunday blessing.

“We must repudiate war, a place of death where fathers and mothers bury their children, where men kill their brothers without even seeing them, where the powerful decide and the poor die,” he said.

“That is the bestiality of war, something that is barbarous and sacrilegious,” he said, urging his listeners not to consider war as inevitable or something to get used to.

“If we emerge from this (war) the same as we were before, we will all be in some way guilty. Faced with the danger of self-destruction, humanity must understand that the time has come to abolish war, to cancel it from the history of man before it cancels man from history,” he said.

Since Russia invaded its neighbour on Feb. 24, Francis has several times spoken of a possible nuclear conflict.

“I beg every politician involved to reflect on this, to make a commitment, and, looking at martyred Ukraine, to understand that every day of war worsens the situation for everyone,” he said.

Since the invasion, which Russia calls a “special military operation” to demilitarise Ukraine, the pope has implicitly criticised Moscow, strongly condemning what he has called an “unjustified aggression” and denouncing “atrocities.”

But he has used the word “Russia” only in prayers, such as during a special global event for peace last Friday read more

It’s a property that offers a unique open floor plan—plus a hot tub with a view.“It was a Methodist church located in a historic little area of St. … END_OF_DOCUMENT_TOKEN_TO_BE_REPLACED