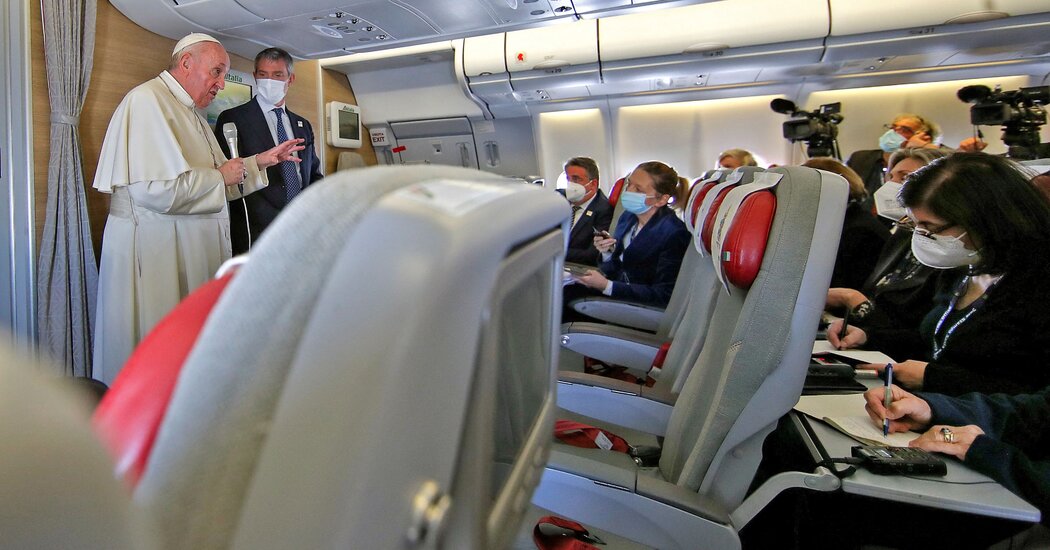 The pope’s trip was intended to underline the tragic costs of failing to achieve that fraternity. On Sunday, he visited Mosul, once the capital of the Islamic State’s caliphate, and now a devastated monument to the destruction wrought by the militants, with buildings and churches reduced to rubble, families decimated and traumatized, a once vibrant Christian population long gone.

He said the ruins had left him “speechless,” and added that as he stood in front of the obliterated Catholic church, as well as other demolished churches and mosques, he thought “I couldn’t believe” such cruelty existed.

Francis, who has made mercy a cornerstone of his pontificate, said the thing that most moved him were remarks by a woman in Qaraqosh, the northern Iraq town with the country’s largest Christian population, who talked about how she had lost her children to the Islamic State, but nevertheless had sought forgiveness for the militants.

The Vatican expressed great satisfaction with Francis’ trip, in which he made bold symbolic gestures, but also came through on concrete action, including a statement of support for Iraq’s Christians by Ayatollah Sistani.

Still, there is a question of whether the pope’s trip will have any real and lasting impact.

“You don’t resolve the problems of a country like Iraq overnight and with a bit of ecumenism,” Archbishop Gallagher said. He called it “a significant contribution” in which the pope “has done something, it’s worked out, it’s overcome lots of obstacles — and I think that sends a strong message.”

“In a very spiritual dimension,” Archbishop Gallagher added, the pope is saying “No, we shouldn’t just abdicate our responsibility or contribution. We can all do something.”

But there are also those who worry the pope, in causing crowds during his visit, had done something he may one day regret.

SAN FRANCISCO — Cleve Jones has lived in the Castro neighborhood for nearly 50 years, almost from the day he graduated from high school in Phoenix and … END_OF_DOCUMENT_TOKEN_TO_BE_REPLACED

A home inspection can spare you from unpleasant surprises after you buy. After crunching the numbers, searching your favorite neighborhoods, and … END_OF_DOCUMENT_TOKEN_TO_BE_REPLACED