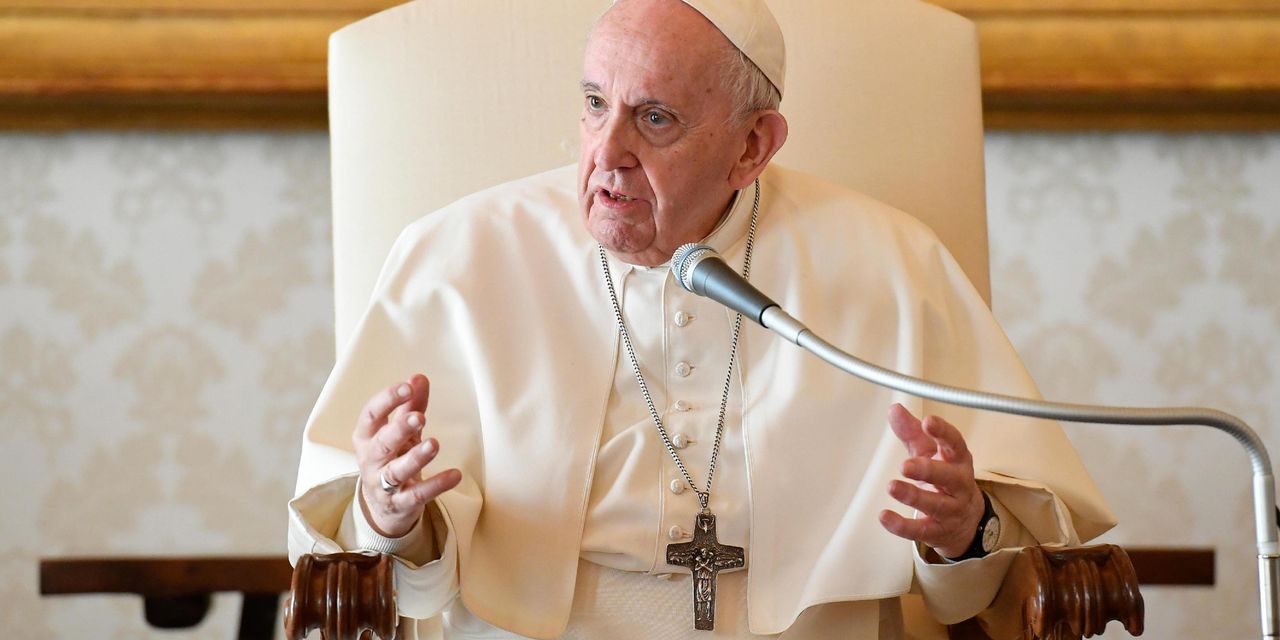 Pope Francis is struggling to manage powerful bishops in the U.S. and Germany, two groups at opposite ends of the ideological spectrum, as he tries to advance his progressive agenda without jeopardizing the unity of the Catholic Church.

The election of President Biden, a progressive Catholic whom some U.S. bishops want to censure for his support of abortion rights, has exacerbated longstanding tensions between the pope and the largely conservative American episcopate. U.S. church leaders have resisted promoting the pope’s priorities of social and economic justice and care for the environment over opposition to abortion and defense of religious freedom.

On the left, the pope is trying to rein in German bishops who—encouraged by the pope’s liberalizing gestures on topics including sexuality, ecumenism and the role of women—are pressing for changes that go further than Pope Francis is comfortable with, and that conservatives warn could cause a schism.

Pope Francis’ most recent attempt to restrain the Germans came in this week’s Vatican document forbidding clergy to bless same-sex unions, a practice supported by some leading German bishops.

Notes on the News

Today’s headlines, news in context, and good reads you may have missed, with Tyler Blint-Welsh.

Each country presents “a different set of issues, a different set of struggles but I think some of the underlying dynamics are the same,” said Adam DeVille, a professor of theology at Indiana’s University of Saint Francis. “In both cases, the pope I think is really trying to say, ‘come on guys, let’s rein it in here, let’s get back into the same lane all together.’”

For years, a minority of U.S. bishops closely associated with Pope Francis have pressed for greater adherence to his social agenda. In November 2019, the last time the U.S. Conference of Catholic Bishops met in person, liberals protested a statement in the conference’s voter guide describing opposing abortion as its “pre-eminent priority.”

In response to a request for comment from The Wall Street Journal, the USCCB said, “Advocacy for the poor and marginalized, migrants, people on death row, the unborn, and everyone in need of God’s mercy is central to the mission of the USCCB, and in this, there is an unbreakable unity with the Holy Father.”

Following Mr. Biden’s election, Pope Francis broke protocol by phoning to congratulate the president-elect. But on inauguration day, Archbishop José Gómez of Los Angeles, president of the USCCB, said, “Our new president has pledged to pursue certain policies that would advance moral evils and threaten human life and dignity, most seriously in the areas of abortion, contraception, marriage and gender.”

“I do not think he should be presenting himself for Communion,” said Archbishop Salvatore Cordileone of San Francisco. “If I knew he were coming and planning to attend Mass, I’d engage in a conversation with him ahead of time to clarify that.”

Asked about the archbishop’s statement, a White House official said on Friday that it was a private matter.

Cardinal Wilton Gregory, a progressive who as archbishop of Washington, D.C., is Mr. Biden’s pastor, has said that the president may continue to receive Communion there.

For Mr. DeVille, the disagreement over how to handle Mr. Biden exemplifies a larger trend: “The U.S. bishops are hardening in some ways into, not totally divergent paths, but clearly different paths…with differently ranked priorities from the pope,” he said, noting that Pope Francis is 84 years of age and perhaps approaching the end of his pontificate. “A lot of the American bishops, especially those on the younger side, are just going to wait him out.”

Meanwhile in Germany, bishops and leading lay Catholics are engaged in a national synod considering major changes to church life, including the possibility of women clergy, married priests and changes to church teaching on sexuality.

This week’s Vatican statement that clergy may not bless same-sex relationships because God “cannot bless sin,” which contrasted with the pope’s conciliatory approach to homosexuality, was meant specifically as a message to Germany, said Sandro Magister, a Vatican expert who writes for Italy’s L’Espresso magazine. Conservative bishops in both the U.S. and Germany have warned that the German synod could lead the church into a split with the rest of the Catholic world.

The statement drew defiant reactions from clergy in Germany and beyond, including Austria and Belgium, with some priests vowing to bless gay couples despite the prohibition.

“The danger is that the German church, if permitted, will become an autonomous church deviating on important points of doctrine,” Mr. Magister said. “This explains why the pope is putting on the brakes.”

Mr. Magister also saw a warning to Germany in the pope’s decision in February 2020 not to loosen requirements for priestly celibacy or allow the ordination of women deacons in Latin America’s Amazon region, despite his earlier indications of openness to those possibilities to address a serious shortage of clergy there.

Vatican offices have also recently issued statements that rule out giving Communion to Protestants or allowing laypeople to administer parishes on an equal basis with priests, both ideas popular with German bishops.

According to Massimo Faggioli, a professor of theology at Villanova University, Pope Francis prefers to delegate the delivering of messages that his progressive supporters will find disagreeable.

“When there are gestures of welcoming and so on, it is Francis that does them. When there is some bad news, he lets the CDF,” Mr. Faggioli said, referring to the Vatican’s doctrinal office.

Despite disappointment in Germany with the statement on gay couples, liberals there retain an overwhelmingly positive view of the pope, said Ludwig Ring-Eifel, head of the German bishops’ news agency KNA.

“The perception goes somewhat like this: Francis has opened all the doors which [Popes John Paul and Benedict] had previously declared closed on gays, on celibacy, on intercommunion. But the conservatives in the Vatican still stand in his way, and he alone is too weak to complete the revolution,” Mr. Ring-Eifel said.

Write to Francis X. Rocca at francis.rocca@wsj.com and Ian Lovett at ian.lovett@wsj.com

The Republican-led Florida Senate on Thursday passed a bill that was intended to crack down on rioting, but that critics said would criminalize the … END_OF_DOCUMENT_TOKEN_TO_BE_REPLACED