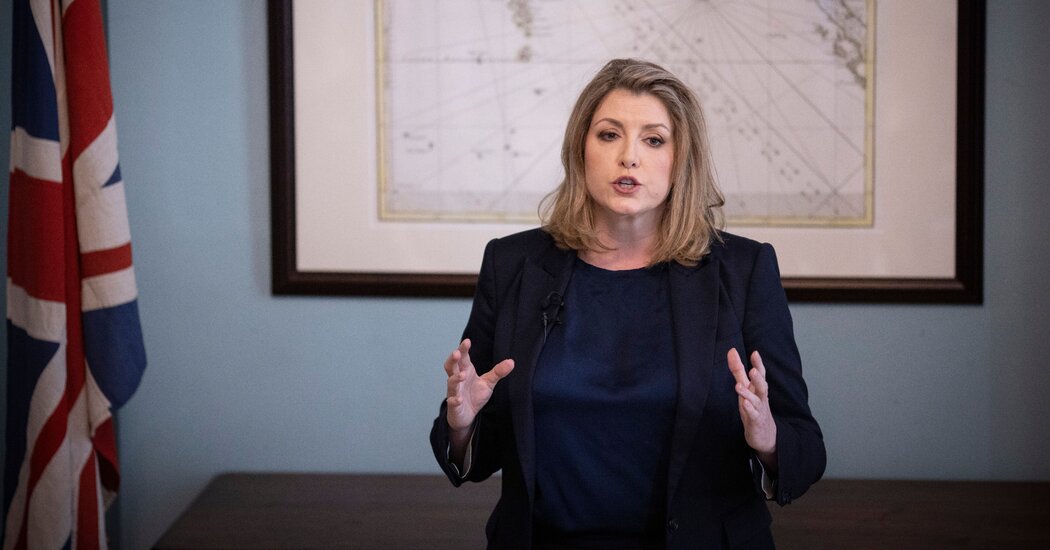 Not only did Ms. Mordaunt urge Britons to vote for Brexit, but she also played a minor, though memorable, part in the campaign by warning that Turkish migrants would flock to Britain when their own country joined the European Union, something she claimed Britain would be unable to block. The statement was erroneous: Britain, like other members, had a right to veto Turkey’s membership.

Brexit supporters regard her with suspicion for another reason: She voted for an ill-fated withdrawal agreement with the European Union negotiated by Prime Minister Theresa May.

Ms. Mordaunt combines an interest in security and a military background with views on social issues that are mildly progressive by Tory party standards. She has spoken up in favor of the rights of transgender people, for example, a position that has gotten her into trouble with the culture warriors on the party’s right.

Seeking to defuse the issue, Ms. Mordaunt said last week that transgender women “are not biological women like me, but the law recognizes them in their new gender and that’s very simple and straightforward.”

In the cut-and-thrust of Tory politics, of course, it is neither.

During a televised debate on Friday evening, Mr. Mordaunt came under renewed pressure on the issue, with one of her opponents, Kemi Badenoch, questioning whether she had backtracked on her earlier position. Critics said Ms. Mordaunt’s performance was wobbly and unfocused.

Analysts said the unsettled nature of the contest had made it especially vicious. Mr. Sunak, the early front-runner, has come under attack by Mr. Johnson’s allies, who view his resignation less than two weeks ago, which set the stage for the prime minister’s downfall, as a betrayal. Mr. Sunak’s tax policy as chancellor was criticized by Jacob Rees-Mogg, with whom he sat in cabinet just days ago. Mr. Rees-Mogg refused to deny reports that he had described the policy, which included tax increases, as “socialist.”

Whether you optimistically hope that mortgage rates will decline or are resigned that rates will stay elevated above the historic lows of 2021, you … END_OF_DOCUMENT_TOKEN_TO_BE_REPLACED

A resident of Nikopol, Ukraine, in her backyard last month, with smoke rising from an area on the opposite bank of the Dnipro River. Credit...David … END_OF_DOCUMENT_TOKEN_TO_BE_REPLACED