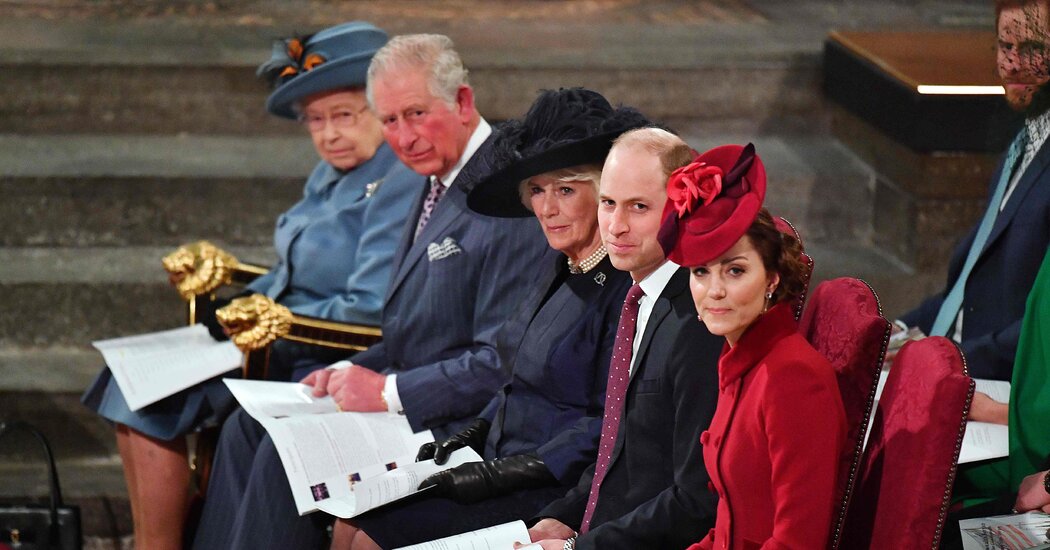 LONDON — Queen Elizabeth II turned 95 last week, four days after burying her husband, Prince Philip, and with him the partnership that guided Britain’s royal family for nearly 70 years. Now, as the queen faces the future alone, her son and heir, Prince Charles, is reshaping the family to carry on after her.

Philip’s death has given new urgency to a transition already underway in the House of Windsor. With the queen’s reign in its twilight, Charles has moved to streamline the royal family and reallocate its duties — a downsizing forced by the loss of stalwart figures like Philip, as well as by the rancorous departure of Prince Harry and his wife, Meghan, and the messy internal exile of Prince Andrew.

Buckingham Palace is conducting an after-action report on Philip’s funeral ceremony, people with knowledge of the palace said, applying lessons from it to Operation London Bridge, the long-in-the-works, minute-by-minute blueprint for what will transpire in the days and weeks after the queen dies.

By all accounts, Elizabeth is in good health, bothered only by stiffness in her knees, which makes it hard for her to climb stairs. Royal watchers point out that her mother lived until 101. Buckingham Palace is busy planning her platinum jubilee, a four-day celebration in June 2022 to mark the 70 years since her accession to the throne.

poignant image of an aging, isolated queen, grieving alone in a choir stall at St. George’s chapel during the funeral because of social distancing restrictions, drove home to many a sense of her vulnerability and fragility. It also raised questions about how active she will be, even after the pandemic ebbs.

reconciling the family’s workload with its reduced ranks. He has long favored a slimmed-down monarchy, built around him and his wife, Camilla; Prince William and his wife, Kate; and Harry and his wife, Meghan. Princess Anne, his younger sister, also remains a full-time royal.

But the decision of Harry and Meghan to withdraw from their duties and move to California blew a hole in those plans. There was no sign of a change of heart from Harry, or even much hope for a reconciliation with William, when Harry attended his grandfather’s funeral. The brothers chatted briefly as they left the service, but Harry flew home before the queen’s birthday on Wednesday.

There is also little prospect that Andrew will ever return to the fold. If anything, the palace is girding itself for further embarrassing disclosures this July when his friend Ghislaine Maxwell goes on trial in New York on charges that she trafficked underage girls on behalf of her employer, Mr. Epstein. Andrew has been accused of sexual misconduct by one of Mr. Epstein’s victims, an accusation that he denies.

showcased by the troops at Philip’s funeral — and its diplomatic responsibilities, he predicted that the family would scale back its charity work.

But that would raise a separate set of problems. The modern royal family, experts said, has defined itself and justified its taxpayer support largely through its public works. Philip, the Duke of Edinburgh, maintained ties to hundreds of charities until he retired from official duties at the age of 96.

The short-term fix for the workload problem, people with ties to the palace said, is to elevate another royal couple, Prince Edward and his wife, Sophie, also known as the Earl and Countess of Wessex. Edward, 57, the queen’s youngest son, and his wife emerged as prominent figures after Philip’s death, speaking about his legacy and how the family was dealing with its grief.

Super League, which would have pulled in several of the top clubs in Britain.

“There is a difference between the way Charles envisages things and William envisages things,” said Valentine Low, the royal correspondent of The Times of London. But he added, “Charles acknowledges and even welcomes that William should have a role in these conversations.”

You were seeing double this week: A spectacular $54 million compound featuring two equally luxurious mansions separated by a private lake in Southwest … END_OF_DOCUMENT_TOKEN_TO_BE_REPLACED

Taylor Heinicke #4 of the Washington Football Team celebrates after defeating the Seattle Seahawks at FedExField on November 29, 2021 in Landover, … END_OF_DOCUMENT_TOKEN_TO_BE_REPLACED

Members of the Ukrainian Police force, Larisa, 31, and Roman, 30, get married at a wedding hall at an expo center in Kyiv, Ukraine, on … END_OF_DOCUMENT_TOKEN_TO_BE_REPLACED