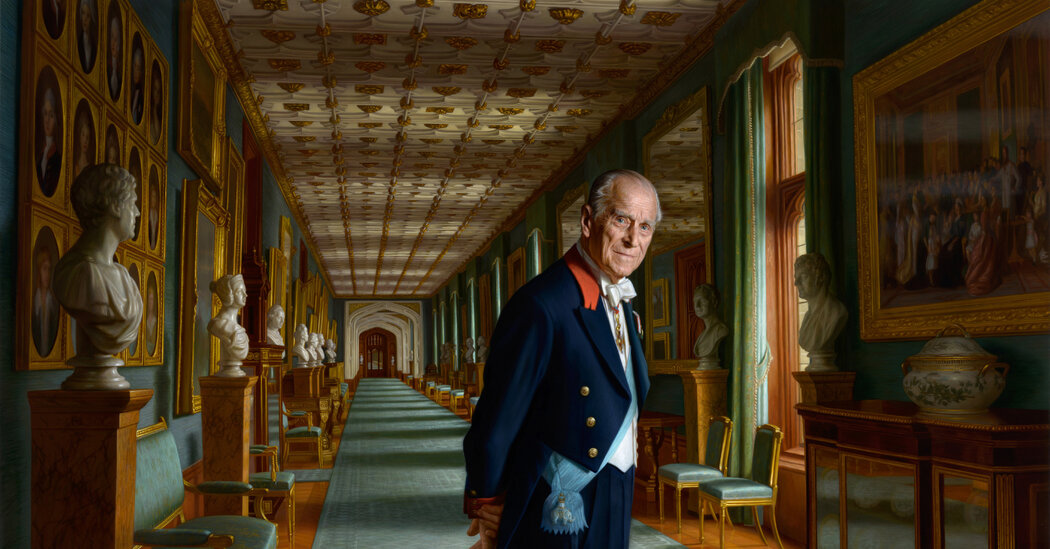 Prince Philip, the husband of Queen Elizabeth II and the longest-serving consort in British history, was born into Greek royalty in the 1920s, served on a battleship in World War II, toured the world on royal missions for decades and sought for most of his life to defend the interests of Britain’s monarchy.

His life spanned almost a century of upheaval and change for Britain: As a child, he lived with a granddaughter of Queen Victoria, and he died nearly 100 years old, survived by eight great grandchildren who will grow up in an era of smartphones and the internet.

Philip came to England after his father, Prince Andrew of Greece, was banished by a revolutionary Greek junta. He was educated at the Cheam School, an institution bent on toughening privileged children, and then went to Gordonstoun School in Scotland, which promoted a regimen of grueling work, cold showers and hard beds.

He met Princess Elizabeth when she was about 13 or 14. She was instantly smitten, telling her father, King George VI, that she could love no other man but him. They married on Nov. 20, 1947, when he was 26 and she was 21.

warning about greenhouse gases and lending his time to causes like protecting endangered wildlife.

But he grew to hate the relentless tabloid coverage of palace affairs. The public often perceived him as a remote if occasionally loose-lipped figure who made remarks that were called oblivious, insensitive or worse.

He was pained by the headlines that followed the tumultuous marriage and divorce of his eldest son, Prince Charles, and Lady Diana Spencer. He became known as a stern and even imperious figure in the royal family who belittled Charles, and he and the family were castigated by the public for their response to the death of Diana.

Here is his life in pictures:

Philip on his ninth birthday, in Greek dress.

Philip, second from left, at the MacJannet American School in St. Cloud, France.

Philip and Elizabeth, then a princess, after their wedding ceremony on Nov. 20, 1947.

The couple in the grounds of Broadlands in Hampshire, where they spent their honeymoon, in 1947.

Elizabeth and Philip with their children, Prince Charles and Princess Anne, at Clarence House, in 1951.

Philip flying a Blackburn military transport plane a few minutes before a fire extinguisher burst in 1956. He landed the plane 10 minutes later.

Throwing a javelin during a visit to the Outward Bound Sea School, in Wales, in 1949.

Feeding a colony of penguins during a visit to the Antarctic.

Philip, an avid horseman and polo player, taking part in a bicycle polo game at Windsor.

Philip at a group therapy session at the National Addiction and Research Institute in London, in 1969.

A photo of the royal family in July 1969 shows Philip and the queen with their children: Charles, 21; Anne,18; Prince Andrew, 9; and Prince Edward, 5.

Philip in 1980 driving a team of horses through a water obstacle in the World Carriage Driving Championships at Windsor Great Park.

Philip and the queen ride in an open carriage down the course at the Royal Ascot in 1986. He regularly accompanied Elizabeth on royal visits and often stood in for her.

Philip and Elizabeth looking at tributes that had been left outside Buckingham Palace in memory of Princess Diana, who was killed in a car crash on Aug. 31, 1997.

Elizabeth and Philip in Westminster, during the state opening of Parliament in 2012.

Philip, as colonel in chief of the Royal Canadian Regiment, inspecting members of a battalion at Queen’s Park.

Attending a garden party at Buckingham Palace in 2017.

Feeding an elephant named Donna after opening the new Centre for Elephant Care in Whipsnade, north of London, in 2017.

Philip and Elizabeth walking in Romsey, in southern England, in 2007.

Philip at a garden party held at Buckingham Palace in June 2014, when he was 93.

AUSTIN, Texas--(BUSINESS WIRE)--As the first multifamily management company to be recognized in the Public Relations and Marketing Excellence Awards, … END_OF_DOCUMENT_TOKEN_TO_BE_REPLACED

There have been whispers of cooling housing and rental prices in the San Francisco Bay Area, but that hasn't yet translated into practical, noticeable … END_OF_DOCUMENT_TOKEN_TO_BE_REPLACED

Cars pass in Independence Square at twilight in Kyiv, Ukraine, Monday, Oct. 31, 2022. Rolling ... [+] blackouts are increasing across Ukraine as the … END_OF_DOCUMENT_TOKEN_TO_BE_REPLACED