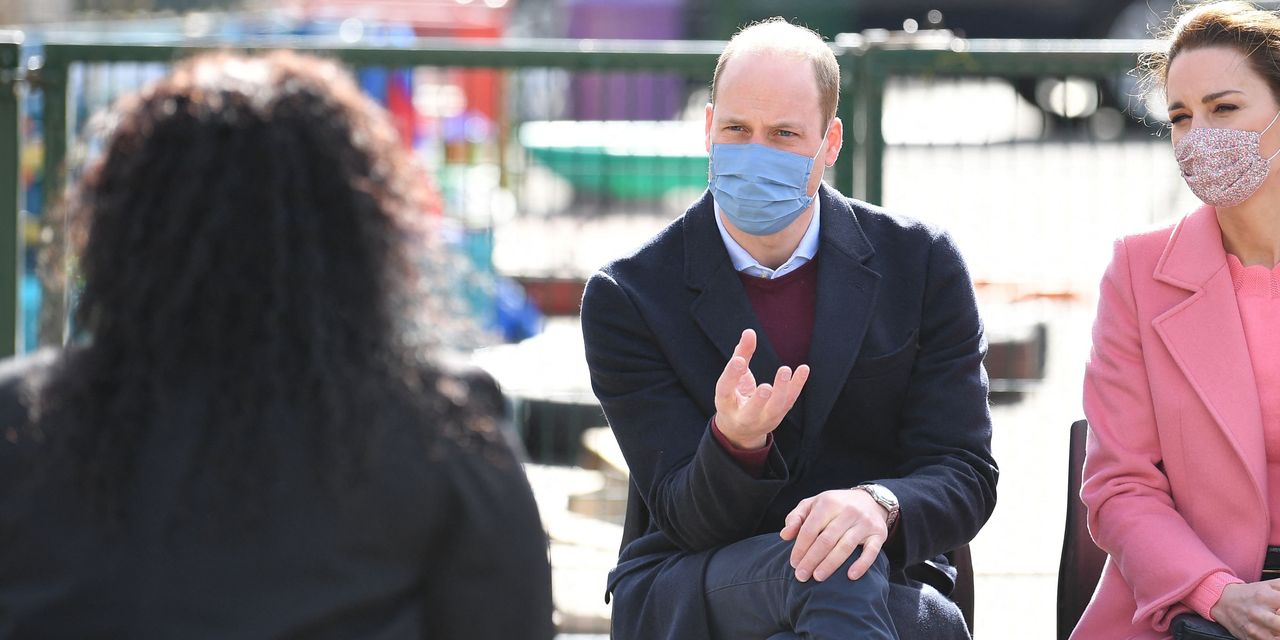 LONDON—Prince William on Thursday said his family isn’t racist, the first public rebuttal from a senior member of the British monarchy of allegations made by Prince Harry and Meghan Markle about racism in the royal ranks.

During a visit to an east London school, Prince William, who is second in line to the British crown, told a Sky News reporter, “We are very much not a racist family” and that he intends to speak to his brother soon.

The comments come days after Prince Harry and Meghan Markle said during a tell-all interview with Oprah Winfrey that a member of the royal family raised concern about the color of their then unborn son’s skin. Ms. Markle, who is biracial, also said that she felt isolated and unwelcome when she married into the family in 2018.

Buckingham Palace issued a statement earlier in the week saying it would address the “concerning” allegations about race privately.

During the interview, the Duchess of Sussex said that before the birth of her son Archie there were “concerns and conversations about how dark his skin might be when he’s born” with a member of the royal family. Neither she nor Prince Harry identified the person.

Asked by Ms. Winfrey whether racism drove the couple to relocate from the U.K. to the U.S. last year, Prince Harry replied, “It was a large part of it.”

“I love William to bits. He’s my brother. We’ve been through hell together. I mean, we have a shared experience. But we—you know, we’re on—we’re on different paths,” Prince Harry said during Sunday’s interview.

He later described how Prince William was “trapped” within the British monarchy and how he felt sorry for him. The Duchess of Sussex also said Prince William’s wife, Kate, had made her cry during the lead-up to the 2018 wedding over a disagreement concerning bridesmaid dresses but later apologized with flowers.

So far, the royal family has largely kept its own counsel following the revelation-heavy two-hour interview given by the Duke and Duchess of Sussex. Meanwhile, the Windsors have been going about public duties.

Prince Charles, during a visit to a vaccination center aimed at encouraging vaccine take-up among people of color on Tuesday, declined to comment on the matter.

The statement subsequently issued by Buckingham Palace seemed to question some of the points made by the couple during their interview, saying some recollections “may vary.” The palace has said the allegations are concerning but that the family would deal with them privately.

Since making the allegation, the Duke and Duchess of Sussex asked Ms. Winfrey to clarify that neither the queen nor her husband Prince Philip were the ones who made racist remarks.

LONDON — A nightmarish tale of a Senegalese soldier fighting for France in World War I, and a workplace novel set on a spaceship, are among the six … END_OF_DOCUMENT_TOKEN_TO_BE_REPLACED

In 2020, when the world suddenly ground to a halt, most people postponed or canceled all of their plans due to the coronavirus crisis. Many … END_OF_DOCUMENT_TOKEN_TO_BE_REPLACED