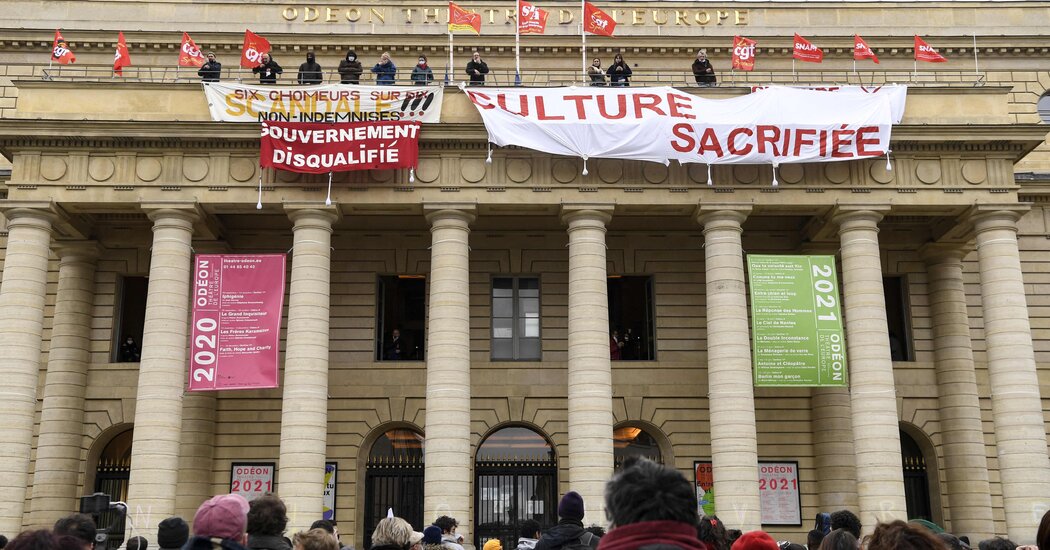 When the government announced new coronavirus measures in the fall, it banned public performances but said theaters would reopen Dec. 15. That plan was scrapped when a target of bringing new case numbers under 5,000 a day was missed.

“Since December, we’ve had absolutely no visibility about what is going to happen,” Salinger said.

Other arts institutions, such as museums, have also called on the government for a reopening timetable. In February, the heads of dozens of the country’s major museums pleaded with the government to allow them to open their doors. “For an hour, for a day, for a week or a month, let us,” they wrote in an open letter published in Le Monde, the daily newspaper.

Soon afterward, the mayor of the city of Perpignan, in the south of the country, ordered his city’s four museums to reopen in defiance of national rules, saying his city had “suffered enough, and its inhabitants need this patch of blue sky.” The government took the city to court and the museums shut again.

The anger among workers in the arts sector is compounded by the French government’s recent decision to go ahead with an unpopular reform of unemployment benefits, set to take effect in July. The withdrawal of this change is one of the theater protesters’ demands.

On Thursday, union representatives held a video call with Bachelot and Jean Castex, France’s prime minister, where they announced 20 million euros in new support for cultural workers and young graduates. But in a phone interview afterward, Salinger said the measures were insufficient. “We will stay,” he added.

At La Colline on Wednesday, Kheroufi said he thought the protesters would be there for the long haul. “We’ll stay for as long as it takes,” he said. “If I leave, what do I do? Go home? Where can we go?”

Phil Shell loves the Bay Area and its real estate market. He’s been building his career here as an agent over the past eight years, but even he hasn’t … END_OF_DOCUMENT_TOKEN_TO_BE_REPLACED

DS4 Cross DS The Plug-in hybrid seems the perfect answer to the electric car dilemma; battery power for all your local needs and a traditional motor … END_OF_DOCUMENT_TOKEN_TO_BE_REPLACED