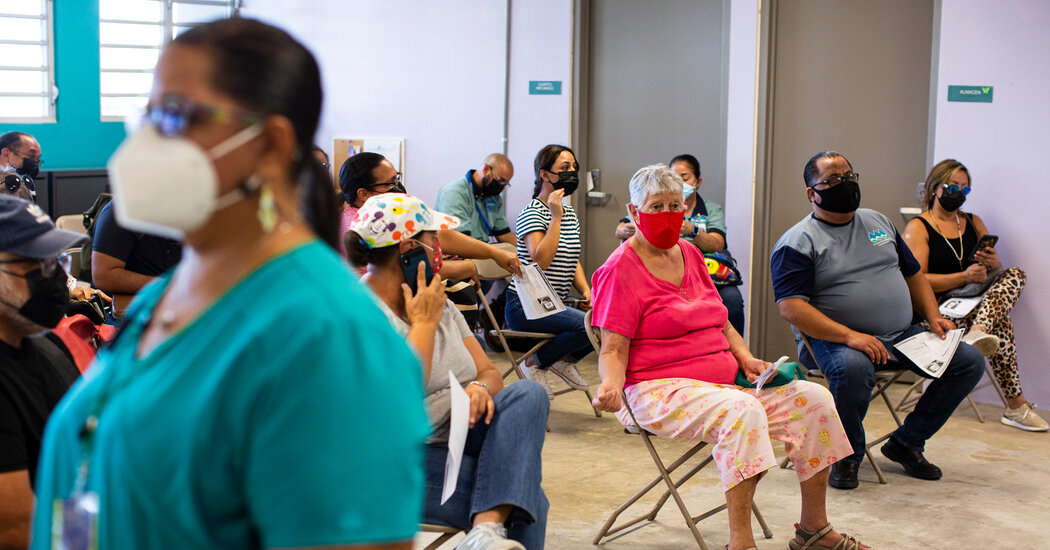 Puerto Rico said this week that residents 16 or older will become eligible for Covid-19 vaccination on Monday. And after a recent increase in new coronavirus cases, the island will put in place a longer overnight curfew starting Friday.

The start of the curfew, which will run until May 9, will move up to 10 p.m., from midnight, and will continue to end at 5 a.m., Gov. Pedro R. Pierluisi said in a statement on Wednesday.

Restaurants and businesses can continue to operate at 50 percent capacity, while bars and clubs remain closed, he said.

“We are seeing a dangerous spike in Covid cases that has led to a jump in hospitalizations and deaths,” Mr. Pierluisi said. “I have been very prudent when it comes to reopening and have always been willing to make the necessary adjustments to prevent cases from rising.”

Already struggling because of a debt crisis and the aftermath of hurricanes that have ravaged the island in recent years, Puerto Rico has only seen 23 percent of its total population receive at least one vaccine dose so far, ranking it near the bottom among U.S. states and territories.

The Centers for Disease Control and Prevention said on Wednesday that nationwide, about 110 million people, or roughly one-third of the U.S. population, have received at least one dose of a Covid-19 vaccine. Earlier this week Hawaii became the last of the 50 states to accelerate its timeline for making all adults eligible for vaccination, heeding President Biden’s calls for states, territories and tribes to do so.

While the pace of vaccinations across the country has reached an average of about three million doses a day, outbreaks of the virus in the Midwest and Northeast have federal health officials worried.

AUSTIN, Texas--(BUSINESS WIRE)--As the first multifamily management company to be recognized in the Public Relations and Marketing Excellence Awards, … END_OF_DOCUMENT_TOKEN_TO_BE_REPLACED

There have been whispers of cooling housing and rental prices in the San Francisco Bay Area, but that hasn't yet translated into practical, noticeable … END_OF_DOCUMENT_TOKEN_TO_BE_REPLACED

Cars pass in Independence Square at twilight in Kyiv, Ukraine, Monday, Oct. 31, 2022. Rolling ... [+] blackouts are increasing across Ukraine as the … END_OF_DOCUMENT_TOKEN_TO_BE_REPLACED