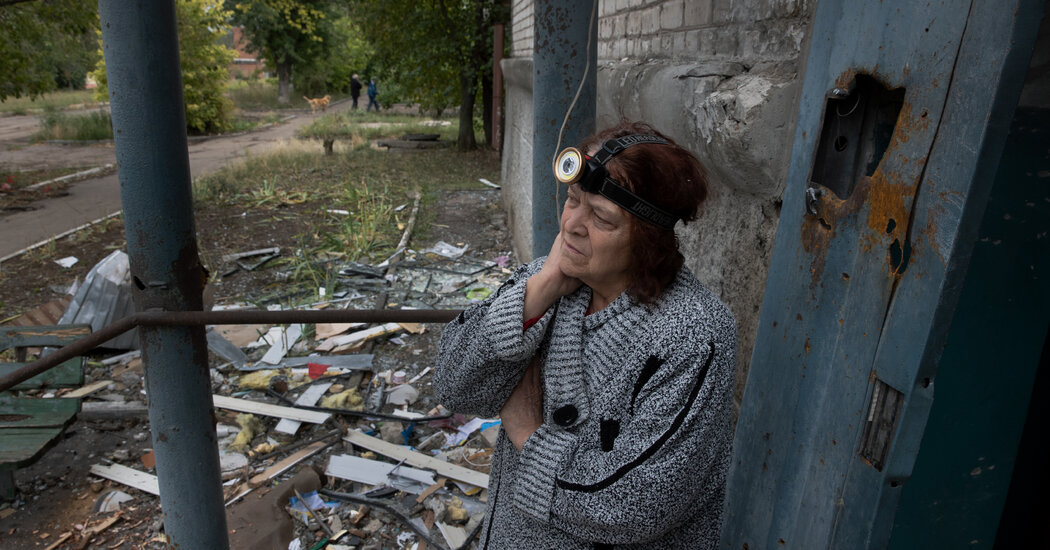 President Vladimir V. Putin of Russia said on Thursday that Moscow understood that China had “questions and concerns” about the war in Ukraine — a notable, if cryptic, admission from Mr. Putin that Beijing may not fully approve of Russia’s invasion of Ukraine.

He made the remark as he met with Xi Jinping, China’s top leader, in Uzbekistan. China has staked out a neutral position on the invasion publicly, even as it has echoed the Kremlin’s rhetoric about Russia’s being treated unfairly by the West and as China’s propaganda apparatus has parroted Russian disinformation about Western bioweapons.

The summit, meant to signal the strength of the relationship between the two authoritarian leaders at a time of increasing animosity with the West and challenges to their agendas, is particularly important to Mr. Putin, who has become more isolated by the United States and its allies over his invasion of Ukraine. Russia has also faced a spate of recent losses on the battlefield.

“We highly appreciate the balanced position of our Chinese friends in connection with the Ukrainian crisis,” Mr. Putin said in televised remarks at the start of the meeting. “We understand your questions and concerns in this regard. During today’s meeting, of course, we will explain in detail our position on this issue, although we have spoken about this before.”

After the meeting, China released a statement saying that “China is ready to work with Russia in extending strong support to each other on issues concerning their respective core interests.” It said that “in the face of changes in the world, times, and history, China is willing to work with Russia to demonstrate the responsibility of a major country, play a leading role, and inject stability into a turbulent world.”

The transcript did not have any comment from Mr. Xi regarding Ukraine or the threat posed by NATO. Mr. Putin, by contrast, railed against the “unipolar,” American-led world order that he sees Beijing and Moscow aligned against.

“We jointly stand for the formation of a just, democratic and multipolar world order based on international law and the central role of the U.N., and not on some rules that someone has come up with and is trying to impose on others, without even explaining what it’s about,” Mr. Putin told Mr. Xi. “In general, I must say that the attempts to create a unipolar world have recently acquired an absolutely ugly shape and are absolutely unacceptable for the vast majority of states on the planet.”

One of the core principles of Chinese foreign policy, repeated again in official statements from Mr. Xi’s meetings this week with Central Asian heads of state, is that countries should not intervene in others’ internal affairs and should respect one another’s borders.

Mr. Xi, who is under pressure as China’s zero-Covid policy hurts the economy, needs to project power in the weeks before a meeting of the country’s Communist Party leadership.

The two held talks on the sidelines of a summit of the Shanghai Cooperation Organization, a multilateral, security-focused organization that includes China, Russia, India, Pakistan and four Central Asian nations.

Chinese support is important to Russia. China bought record levels of Russian oil in May, June and July. But Beijing has been careful to avoid violating sanctions on Russia that could lead to it being punished as well.

Mr. Putin and Mr. Xi last met in February, before the start of the Winter Olympics in Beijing. In a 5,300-word statement, they declared a friendship with “no limits” and criticized the influence of the United States in their regions.

For Mr. Xi, the meeting is also a chance to resume his role as a global statesman.

As he tries to build up a regional power base, Mr. Xi went to Kazakhstan on Wednesday for a brief stop at the start of his trip before heading to Uzbekistan in the evening. Mr. Xi used a 2013 trip to the country to announce a vast international investment and development program that became known as the Belt and Road Initiative.

Hometown Deli, Paulsboro, N.J.Mike Calia | CNBCThree men were charged with fraud and other crimes in a scheme involving a company that was worth $100 … END_OF_DOCUMENT_TOKEN_TO_BE_REPLACED

The childhood home of "The Morning Show" actor Nestor Carbonell recently hit the market in Greenwich, CT, for $4.4 million.Fans will appreciate that … END_OF_DOCUMENT_TOKEN_TO_BE_REPLACED