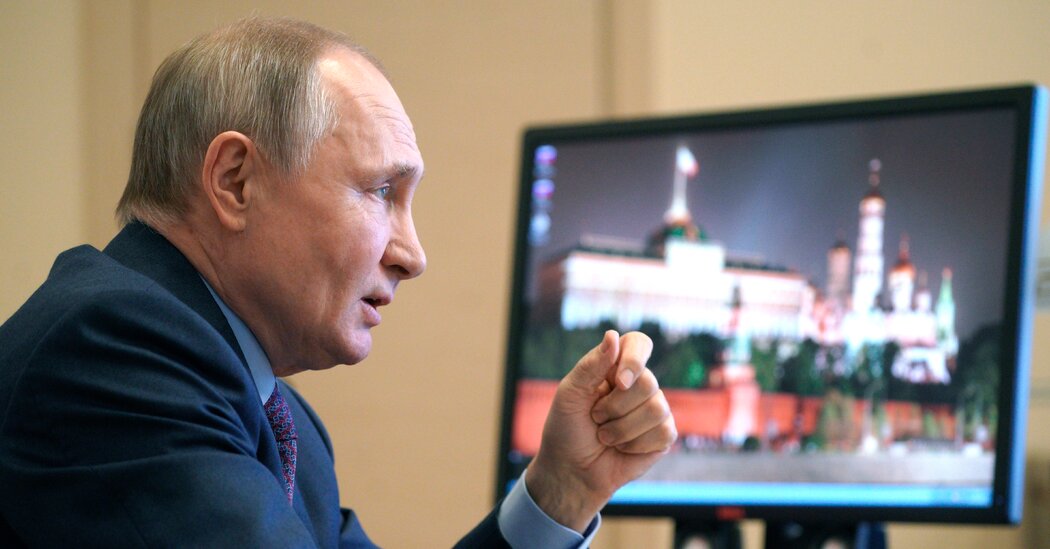 MOSCOW — President Vladimir V. Putin of Russia was inoculated against the coronavirus on Tuesday, the Kremlin said, ending months of holding out against being vaccinated even while promoting his country’s domestically made shots.

The president’s injection was not shown on television, an exception to the usual wall-to-wall coverage of Mr. Putin’s daily activities on state television.

His spokesman, Dmitri S. Peskov, said that Mr. Putin had promoted vaccination in other ways and did not need to be shown in public receiving a shot.

“The president, as you see, has dedicated a significant part of his work time to events, discussions and meetings about vaccines, about production of vaccines and so on,” Mr. Peskov said. “The president is already doing a lot for vaccine propaganda.”

report of the meeting.

Russia’s inoculation campaign has lagged far behind the United States and most European nations — the country has vaccinated 3.9 percent of the population with at least one dose, compared with 25 percent in the United States. Some attribute that difference to widespread vaccine hesitancy, something a presidential shot could help overcome.

Russian news media reports, though, have pointed to signs of another cause: shortages and production bottlenecks that officials have only recently acknowledged.

During a video conference with vaccine makers on Monday, Mr. Putin said Russia had produced 8.9 million two-dose sets of the Sputnik V vaccine since regulators approved it in August. But he said production would ramp significantly to 17 million sets monthly starting in April. Last fall, officials had predicted a far swifter rollout.

Promoting vaccination with a presidential shot before doses were widely available in Russia might have served only to highlight the vaccine shortage at home even as Russia has been exporting vaccines globally, a sensitive political issue.

Mr. Putin cited his own vaccination plans on Monday while also announcing plans to produce enough doses for most adults by August.

MIAMI--(BUSINESS WIRE)--Intelli Smart Homes, the leading smart home technology company, has been recognized as one of America’s fastest-growing … END_OF_DOCUMENT_TOKEN_TO_BE_REPLACED

Customers outside a Walmart store in Torrance, California, US, on Sunday, May 15, 2022. Walmart Inc. is scheduled to release earnings figures on May … END_OF_DOCUMENT_TOKEN_TO_BE_REPLACED

The past few years have been brutal on homebuyers' budgets. Would-be buyers have been priced out of some of the most desirable neighborhoods thanks to … END_OF_DOCUMENT_TOKEN_TO_BE_REPLACED