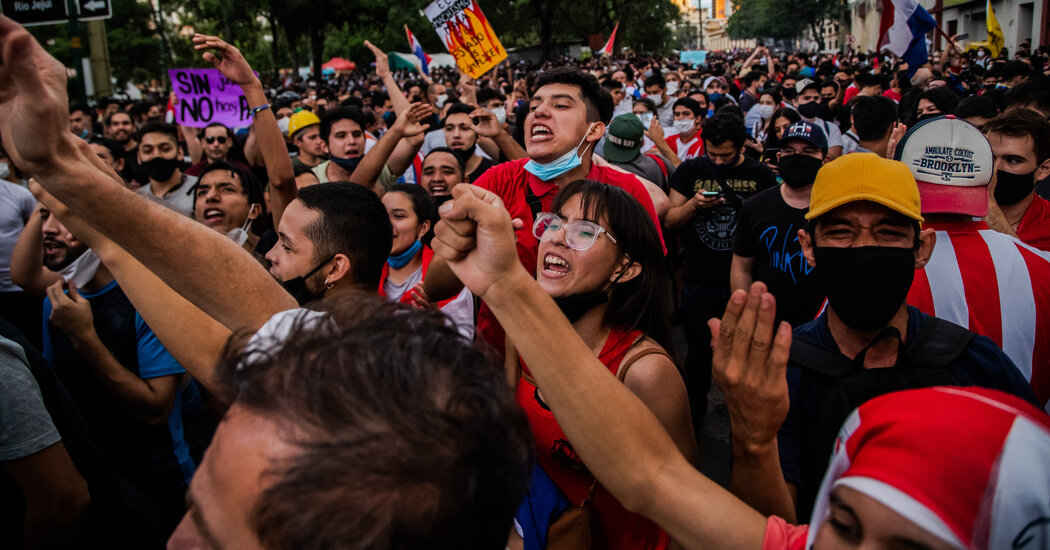 ASUNCIÓN, Paraguay — For nearly a year, Paraguay was a leader in keeping the pandemic at bay, and despite its persistent troubles, the country remained fairly calm. Not any more.

Paraguay’s coronavirus infection rate has soared, becoming one of the worst in the Americas, and its already shaky health system has been stretched to the breaking point. In the last few days, demonstrators by the thousands have filled streets, demanding the ouster of President Mario Abdo Benítez, and in a few instances there have been bloody clashes with the police.

For many Paraguayans, corruption and elite entitlement that were once just unpleasant facts of life have become intolerable in the face of the pandemic. There is a shortage of basic drugs that doctors and nurses blame on graft; nonemergency surgery has been suspended because of a shortfall in medical supplies, and there are few vaccines to be had.

The crisis has spilled into the streets with a level of rage the county’s leaders have not faced in years. Daily protests started last Friday with medical workers, who were quickly joined by other frustrated people. Most have been peaceful, but in some cases security forces have met the demonstrators with rubber bullets, tear gas and water cannons.

“Paraguay is determined to obtain vaccines from anywhere, by any means,” he said Tuesday in an interview. “Here everyone needs to get vaccinated, and for free, that’s the government’s intention.”

But many young demonstrators say they have waited long enough for decent governance.

NEW YORK--(BUSINESS WIRE)--Stake, which provides Cash Back and banking services to renters, announced today the completion of its $12 million Series A … END_OF_DOCUMENT_TOKEN_TO_BE_REPLACED

The Sacramento home where Ronald and Nancy Reagan lived during his tenure as governor of California has hit the market for $5 million.Built in 1929, … END_OF_DOCUMENT_TOKEN_TO_BE_REPLACED