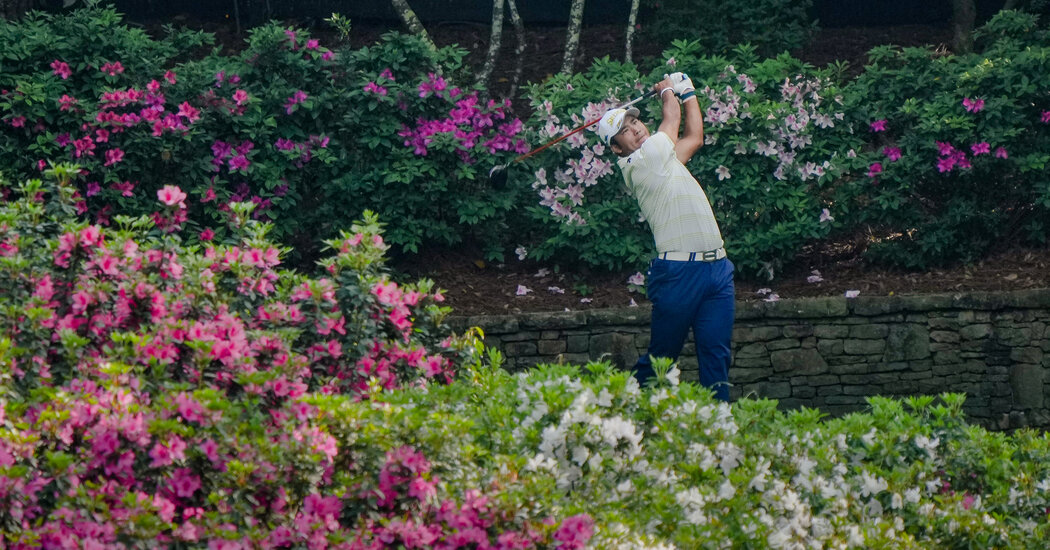 TOKYO — Hideki Matsuyama has never been a fan of the spotlight. Even as he rose to become Japan’s most successful male golfer, he did his best to avoid the attention lavished on the every move of other Japanese athletes who have shined on the global stage.

But with his win on Sunday at the Masters in Augusta, Ga., the glare will now be inescapable. His victory, the first by a Japanese man in one of golf’s major championships, is the fulfillment of a long-held ambition for the country, and it guarantees that he will be feted as a national hero, with the adoration and scrutiny that follows.

Japan is a nation of avid golfers, and the game’s status as the sport of choice for the Western business and political elite has given it a special resonance. Success in sports has long been a critical gauge of the country’s global standing, with the United States and Europe often the standard by which Japan measures itself.

“We have always dreamed of winning the Masters,” said Andy Yamanaka, secretary-general of the Japan Golf Association. “It’s a very moving moment for all of us. I think a lot of people cried when he finished.”

victory at Augusta, the expectations on Matsuyama will increase dramatically. Media attention is likely to reach a fever pitch in the coming weeks, and endorsement offers will flood in.

Although golf has dipped in popularity in Japan in recent years, sports analysts are already speculating that Matsuyama’s win could help fuel a resurgence in the game, which has had renewed interest as a pandemic-friendly sport that makes it easy to maintain a healthy social distance. The Tokyo Olympics this summer will also focus attention on the game.

Munehiko Harada, president of Osaka University of Sport and Health Sciences and an expert on sports marketing, said he hoped that Matsuyama would use his victory to engage in more golf diplomacy, and that it would ameliorate the anti-Asian rhetoric and violence that have flared during the pandemic.

“It would be great if the victory of Mr. Matsuyama would ease negative feelings toward Asians in the United States and create a kind of a momentum to respect each other,” he said, adding that he hoped President Biden would invite the golfer to the White House before a scheduled meeting with the Japanese prime minister, Yoshihide Suga, this week.

In remarks to the news media, Suga praised Matsuyama’s performance, saying it “gave courage to and deeply moved people throughout Japan.”

The pressure is already on for Matsuyama to notch another victory for the nation.

“I don’t know his next goal, maybe win another major or achieve a grand slam, but for the Japan Golf Association, getting a gold medal at the Olympics would be wonderful news,” Yamanaka, the association’s secretary-general, said.

News reports have speculated that Matsuyama will be drafted to light the Olympic caldron at the Games’ opening ceremony in July.

Asked about the possibility at a news conference following his victory, Matsuyama demurred. Before he could commit to anything, he said, he would have to check his schedule.

AUSTIN, Texas--(BUSINESS WIRE)--As the first multifamily management company to be recognized in the Public Relations and Marketing Excellence Awards, … END_OF_DOCUMENT_TOKEN_TO_BE_REPLACED

There have been whispers of cooling housing and rental prices in the San Francisco Bay Area, but that hasn't yet translated into practical, noticeable … END_OF_DOCUMENT_TOKEN_TO_BE_REPLACED

Cars pass in Independence Square at twilight in Kyiv, Ukraine, Monday, Oct. 31, 2022. Rolling ... [+] blackouts are increasing across Ukraine as the … END_OF_DOCUMENT_TOKEN_TO_BE_REPLACED