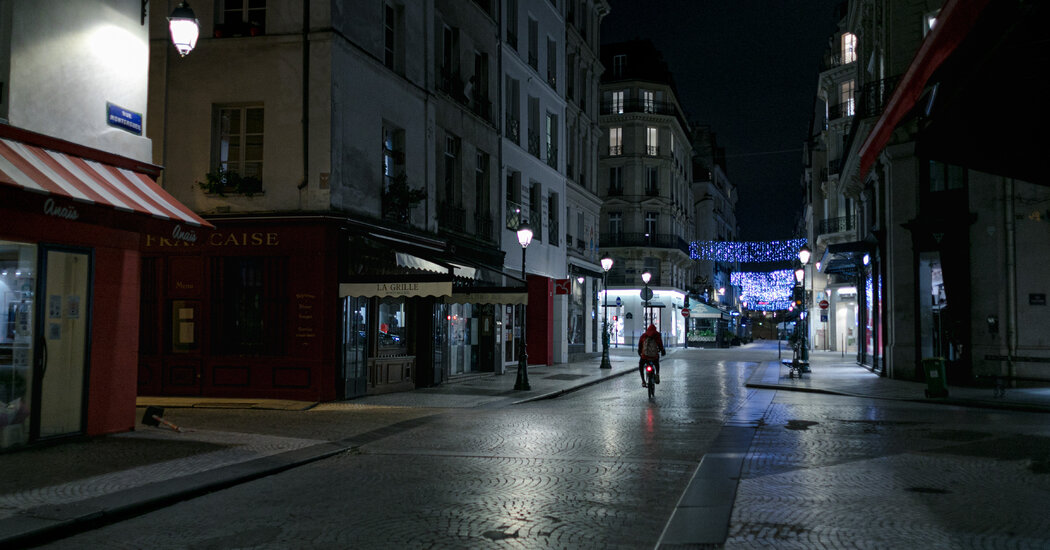 PARIS — Champagne, foie gras and a “potato soup glazed with truffles” were on the menu at one of many secret elite dinner parties being held across Paris in violation of nationwide coronavirus restrictions, according to a French television report.

The report, relying on hidden camera footage and broadcast over the weekend by the channel M6, showed mask-free diners at venues such as a private mansion and a luxury restaurant. One dinner organizer initially said that several French ministers had attended the illegal parties, before backtracking on his statement.

The report set off outrage in France, with thousands of people demanding explanations on social networks, and political leaders calling for a strict application of lockdown rules. In response, the Paris prosecutor’s office said on Monday that it would investigate illegal dinner parties.

The news comes amid a deep sense of fatigue and frustration over a seemingly endless cycle of coronavirus restrictions in France, which has just entered a third national lockdown intended to combat a third wave of infections.

said that, to his knowledge, no government official had participated.

The report nonetheless set off fury online on Monday. Hashtags like #OnVeutLesNoms, or #WeWantTheNames, reflected widespread anger at the notion that elites were flouting the rules that others had to follow. The issue was still trending on Twitter on Tuesday, with a new hashtag: #OnVeutLesDemissions, or #WeWantResignations.

It is not the first time that some French restaurants had secretly reopened during the pandemic in defiance of government rules. Cafes and restaurants were forced to close for much of last year and have not reopened since the second national lockdown last fall, angering many restaurant owners — and diners.

As France entered its third national lockdown on Saturday, with schools and nonessential businesses closed for a month, there is a mood of deep discontent in the country. A poll released Thursday showed that a majority of French people were skeptical about the new lockdown’s effectiveness, and almost half said they planned to flout the measures.

The interior ministry said Tuesday that more than 7,000 restaurants had been checked by the police since last October, resulting in fines for 300 owners and 1,000 customers.

But while the illegal reopening of small restaurants has often been seen as harmless resistance in the land of gastronomy, the illegal dinner parties struck a different chord, opening a window on the entrenched and clubby nature of France’s elites.

Officials flouting restrictions they impose on others has been a problem for many governments. Prime Minister Boris Johnson of Britain came under intense pressure after a close adviser, Dominic Cummings, was found to have broken lockdown rules by traveling across the country.

testing positive for the coronavirus.

Several French government ministers have denied on television and radio shows that they had been involved in the secret dinners. If any were, Mr. Darmanin said Sunday, they should be prosecuted.

“There are not two types of citizens, with those who have the right to party and those who do not,” he said.

AUSTIN, Texas--(BUSINESS WIRE)--As the first multifamily management company to be recognized in the Public Relations and Marketing Excellence Awards, … END_OF_DOCUMENT_TOKEN_TO_BE_REPLACED

There have been whispers of cooling housing and rental prices in the San Francisco Bay Area, but that hasn't yet translated into practical, noticeable … END_OF_DOCUMENT_TOKEN_TO_BE_REPLACED

Cars pass in Independence Square at twilight in Kyiv, Ukraine, Monday, Oct. 31, 2022. Rolling ... [+] blackouts are increasing across Ukraine as the … END_OF_DOCUMENT_TOKEN_TO_BE_REPLACED