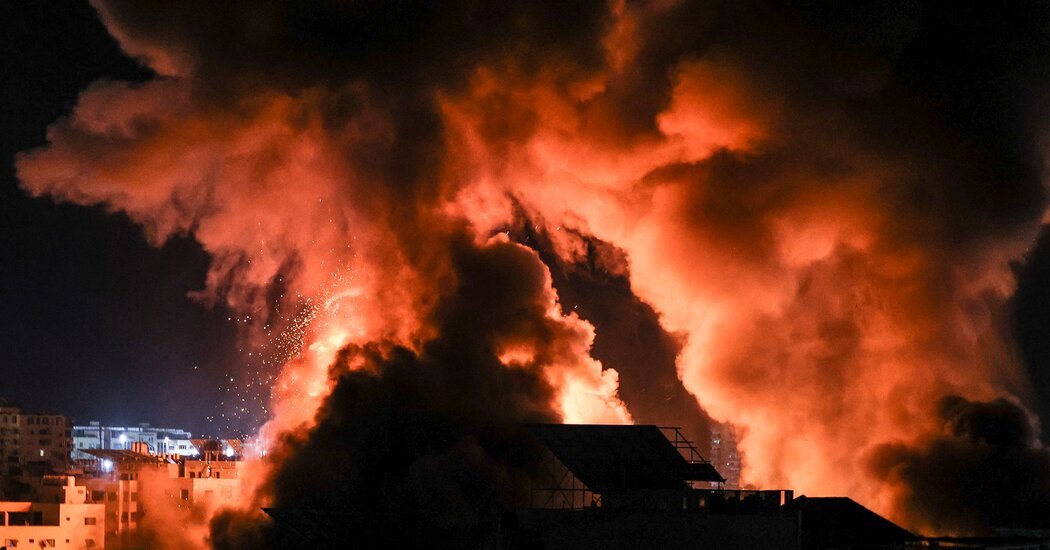 Things were relatively quiet until 3 a.m., when a tower housing a currency-exchange shop operated by a friend was destroyed. He had recently gotten engaged and went into debt to pay for his wedding. He had just lost everything.

I braced for a Palestinian response, and it came quickly, with more rockets aimed at Tel Aviv and Ben-Gurion airport, and a direct hit on an Israeli oil tank in Ashkelon.

This meant a new escalation, for sure. But strangely, it didn’t come. At 5:30, I tried to sleep. Not 20 minutes later, my phone rang. It was a friend calling from Turkey, a Palestinian who had emigrated from Gaza, eager to check in.

He realized I had been sleeping and apologized, but we kept talking. Through the phone, he could hear the drones hovering. We were both wondering why Israel hadn’t struck back. I said, “Maybe there’s a truce.”

He said, “Maybe this is the quiet before the storm.”

I wish he hadn’t said that. Moments later, Gaza erupted with the most violent and powerful explosions of my life. It felt like blast waves were hitting my face and body. It felt like our neighborhood was under attack. I staggered to my window to look outside. I got scared — Israel was lashing out, striking randomly and everywhere. But the neighborhood was still standing.

I ran downstairs to my parents’ apartment. I told them I wanted to be with them, because it was much safer on the first floor. My sisters, Ayda, 16, and Maysaa, 21, were crying.

My 14-year-old brother, Ayman, was very scared; his face turned yellow. My mother and sisters put on headscarves in case they had to flee.

Joe Burrow #9 of the Cincinnati Bengals against the Tennessee Titans during the AFC Divisional Playoff at Nissan Stadium on January 22, 2022 in … END_OF_DOCUMENT_TOKEN_TO_BE_REPLACED