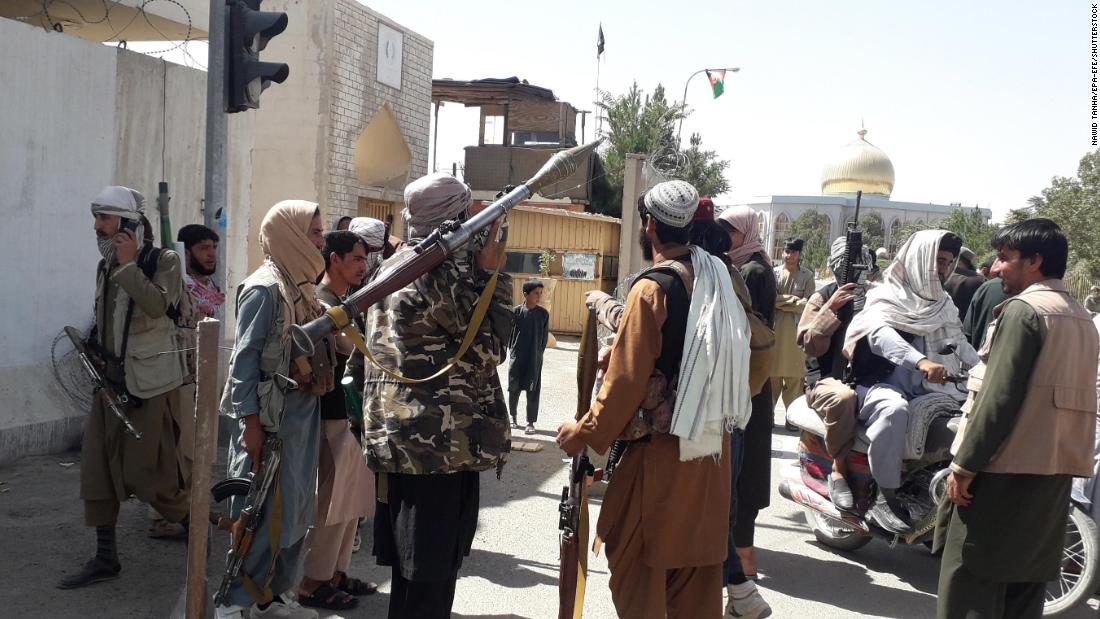 A version of this article first appeared in the “Reliable Sources” newsletter. You can sign up for free right here.

The US presence in Afghanistan, often lamented as the “forgotten war,” is front of mind right now. The lead story on the NYTimes.com home page is “Afghanistan collapse accelerates as 2 vital cities near fall to Taliban.” CNN’s live updates page is titled “US to send troops to help evacuate personnel in Afghanistan.” And the troop deployment was the lead across all the network nightly newscasts on Thursday evening. ABC’s David Muir: “The State Department saying today this is not an evacuation, but at this hour, that’s exactly what this looks like.”

A small number of correspondents for Western news outlets are in Afghanistan and are giving voice to the citizens there. For example, CNN’s chief international correspondent Clarissa Ward filed a report from Kandahar last weekend. Flash forward a few days, and she says “the wedding hall we visited… is now under Taliban control.”

Ward reported from Kabul on Thursday and described pleas for help from Afghans who worked with the US coalition and now fear Taliban retaliation. “I’m getting messages every hour now” from concerned individuals, she said, with one man even threatening to stand in front of the US Embassy and set himself on fire if he doesn’t hear back about his paperwork soon. “There’s absolutely a sense of palpable fear and near-panic in the capital right now,” Ward said.

The CBS and NBC nightly newscasts also carried live reports from Kabul. “The mood here is grim,” Roxana Saberi said on CBS. On NBC, Kelly Cobiella interviewed a former interpreter for the US military who fears for his family. “Thank you and stay safe,” Lester Holt told Cobiella.

What’s it like elsewhere in the country? The BBC’s Secunder Kermani filed a report about “life in a town taken by the Taliban in Afghanistan,” featuring his interviews with Taliban members in Balkh, not far from Mazar-e Sharif. And the WSJ has a story in Friday’s print edition titled “Afghans Tell of Executions, Forced ‘Marriages’ in Taliban-Held Areas.”

Megan Stack, a contributor to The New Yorker, is my guest on this week’s “Reliable” podcast. As we recorded the episode on Thursday, new headlines kept crossing the wire about the Taliban taking control of Herat, the country’s third largest city.

In the episode, we discussed Stack’s recent article about the Pentagon’s “de-facto press blackout” during the Afghan withdrawal this summer. Stack also analyzed the Taliban’s advances and the fear of a “Fall of Saigon” moment. “It is possible that we will end up seeing people, in fact, getting evacuated by helicopter off the roof of the embassy, which is exactly the image that came out at the end of Vietnam and which has haunted the US through this whole withdrawal process,” she said.

>> Pentagon officials “know that any photograph that looks sort of unvictorious, that looks like ‘giving up’ and kind of quitting — which, of course, is in fact what the US is doing — it’s also something that might be useful to some foreign adversaries,” she added. “It’s useful for Taliban propaganda…”

>> Stack also reflected on two decades of Afghan war coverage: “I found it very difficult to reconcile how little the US public does seem to understand or engage with the extent of what’s happened and what our government has done. I find that very jarring, especially because I gave so many years of my life and I have friends who died covering those stories, and it’s sort of frustrating. I feel like people have done great coverage over the years and it just hasn’t quite penetrated.”

>> Check out our conversation via Apple Podcasts, Spotify, Stitcher, TuneIn, or your preferred podcasting app…

This is the beginning of Jeanne Bourgault and Ahmed Rashid’s guest essay for The New York Times: “Twenty years ago, Afghanistan was an information desert. Under the Taliban, there were no independent media outlets. There were no female journalists. There was no public debate. The voices of ordinary people were silenced and sidelined. Taliban edicts served as ‘news.’” But “over the next two decades, that completely changed,” they wrote. “Today, vibrant networks of radio, television and online media reach all 34 provinces.” They described how the international community “can help Afghans preserve their media.”

Along those same lines, Committee to Protect Journalists exec director Joel Simon penned a Washington Post op-ed urging the US to intervene to save the lives of Afghan journalists. Otherwise, he wrote, “an entire generation of reporters will be lost.” It already seems to be happening…

Prayers and fears for Afghan journalists

Due to the Taliban’s advances, “over 90 media outlets have closed down and concern for the safety of the country’s journalists has increased levels,” VOA reported on Wednesday.

An anonymous female journalist in northern Afghanistan penned this chilling piece for The Guardian after the Taliban took control of her city: “Last week I was a news journalist. Today I can’t write under my own name or say where I am from or where I am. My whole life has been obliterated in just a few days.”

“All my female colleagues in the media are terrified,” the anonymous journalist wrote. She said “all I can do is keep running and hope that a route out of the province opens up soon. Please pray for me.”

Editor’s Note: This story is part of As Equals, CNN’s ongoing series on gender inequality. For information about how the series is funded and more, … END_OF_DOCUMENT_TOKEN_TO_BE_REPLACED

IdentityForce, a service from the credit bureau TransUnion, monitors your personally identifiable information (PII) so you don’t have to do it … END_OF_DOCUMENT_TOKEN_TO_BE_REPLACED