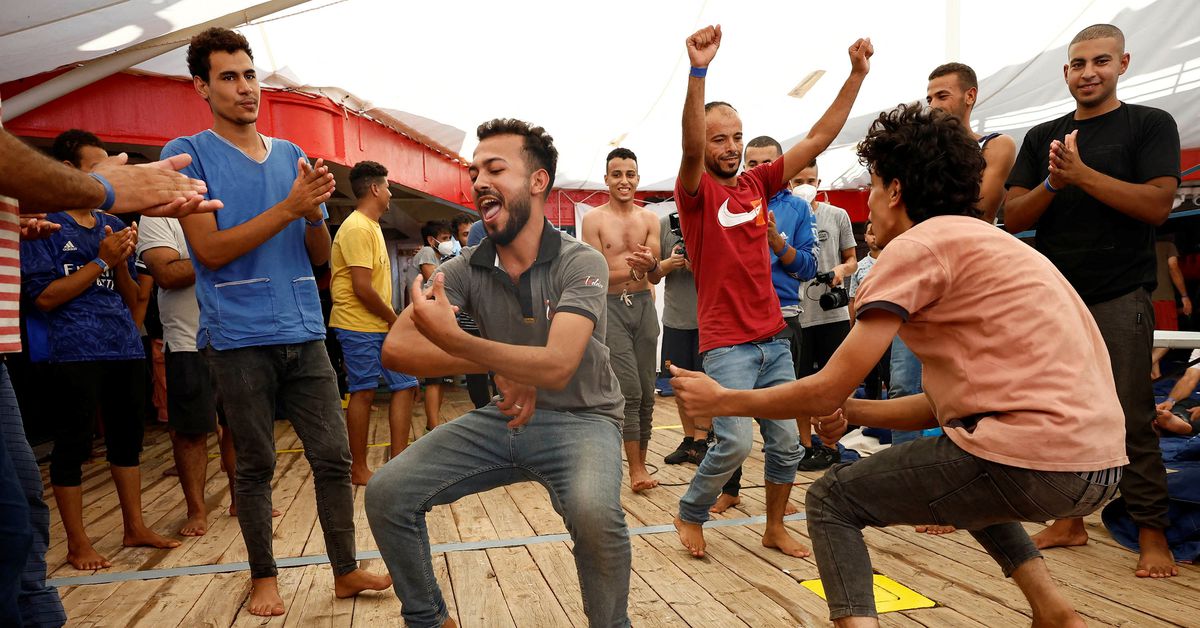 ABOARD THE OPEN ARMS UNO, off Sicily, Aug 26 (Reuters) – Migrants aboard the Open Arms Uno rescue boat cheered, hugged crew members, and danced with joy on Friday as they were told they would be allowed to disembark at the Italian port of Messina after spending at least 10 days at sea.

“I’m very happy because finally I can see my brother. It’s just awesome,” 23-year-old Salah, one of 99 migrants onboard, told Reuters.

Spanish charity Open Arms on Aug. 17 rescued 101 migrants, mostly Egyptian men, in a rickety wooden boat off the Tunisian coast that had been adrift for at least a day.

One man in need of urgent medical attention had been allowed to disembark in Italy with his companion, but the rest were told to remain onboard the rescue vessel while it sought permission to disembark.

It formally requested a port from Italian authorities a week ago and its search and rescue coordinator David Llado said on Thursday the long wait had led to tensions as the migrants’ despair grew.

Open Arms, which is mainly funded by small private contributions, has rescued thousands of migrants at sea since it began operating in 2015.

Soon after Herschel Walker, the former football star, announced he would run for U.S. Senate in Georgia as a Republican, his son Christian appeared … END_OF_DOCUMENT_TOKEN_TO_BE_REPLACED

SpaceX launched four people to the International Space Station from Florida on Wednesday, as Elon Musk's company keeps up a steady pace of crewed … END_OF_DOCUMENT_TOKEN_TO_BE_REPLACED